Despite its importance to the economy, Telegram is blocked in Iran and will open once the company removes content that authorities say advocates violence. 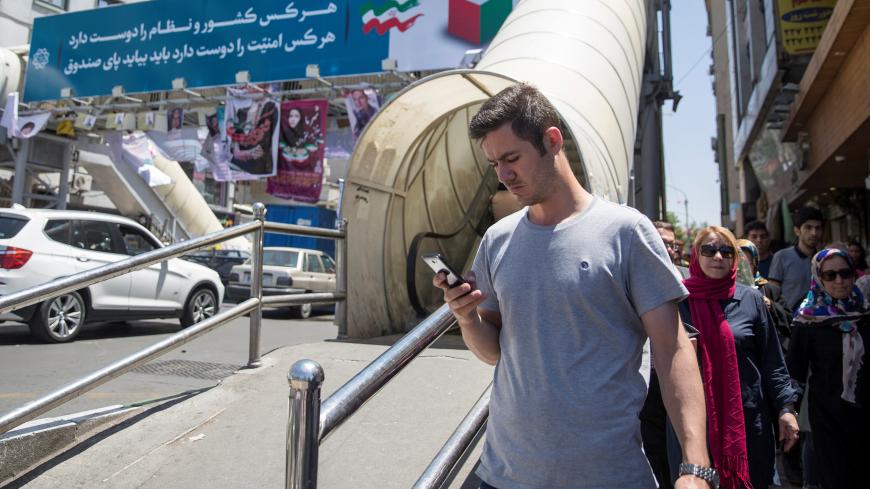 In his first comments since protests erupted in Iran a week ago, Mohammad Jafar Montazeri, Iran’s prosecutor general, discussed the role of social media in the unrest in the country and called for a national internet.

Montazeri, who was speaking in Qom, the religious center of Iran, addressed the inability of the country’s officials and seminaries to control the social media narrative. “If the seminaries do not get involved in this discussion, others will take this ground for themselves,” he said. He added that Iran’s Supreme Leader Ayatollah Ali Khamenei has warned that social media targets Islamic values and norms and has called for a national internet.

The idea of creating a national internet began under the Mahmoud Ahmadinejad administration with the support of the country’s leaders and security establishment. Storing all of the country’s data on domestic servers would give authorities more control and access to online content. However, the project has so far been little more than a money pit.

In response to the 2009 elections, Iran blocked access to social media websites such as Twitter, YouTube and Facebook, though many Iranians are still able to circumvent the blocks on those sites. With the latest round of protests, Iran has blocked Telegram, by far the country’s most popular social media site with some estimates at 40 million users, which would constitute half of the total population.

Montazeri denied, however, that the internet on the whole would be blocked off. “Today a society cannot live without technology and social media, but the best path is to manage it,” he said. “None of the officials are able to close off social media sites, and if someone in their propaganda says this, it is rhetoric.”

Montazeri added, “It is treason to put social media at the discretion of the enemy.” He noted that the judiciary has taken steps to “manage” social media websites but that the Hassan Rouhani administration has not been cooperative.

Rouhani’s minister for information and communications technology, Mohammad Javad Azari-Jahromi, discussed the problems with blocking a site like Telegram. “What is clear is that the positive capacity [of Telegram] for development and employment that was created was taken advantage of by some, and its impacts can be witnessed in the last few days,” Azari-Jahromi said.

He continued, “There are many Telegram channels that have promoted terrorist activities.” He said there were channels instructing people to burn the homes of government officials, mosques and police stations.

Azari-Jahromi said that many of the protests have died down and the next steps to discuss would be the reopening of social media sites. However, he said that the decision would be taken up at the Supreme National Security Council. He also said that they spoke to the executives at Telegram and said its return is conditioned on the elimination of “terrorist content.” He added that he hoped Telegram would abide by its own regulations and respect the country’s desires to block such content.

While signs point toward the protests dying down, especially after the comments by Islamic Revolutionary Guard Corps (IRGC) commander Mohammad Ali Jafari, some officials have been critical of announcing the end of protests. Hesam al-din Ashna, an adviser to Rouhani, tweeted, “CNN has given a lot of coverage to the commander of the IRGC’s comments about the end of the protests. This is not beneficial to Iran’s world image. Confronting violence in a protest is the work of the police and information about it the work of the Interior Ministry, not the IRGC.”