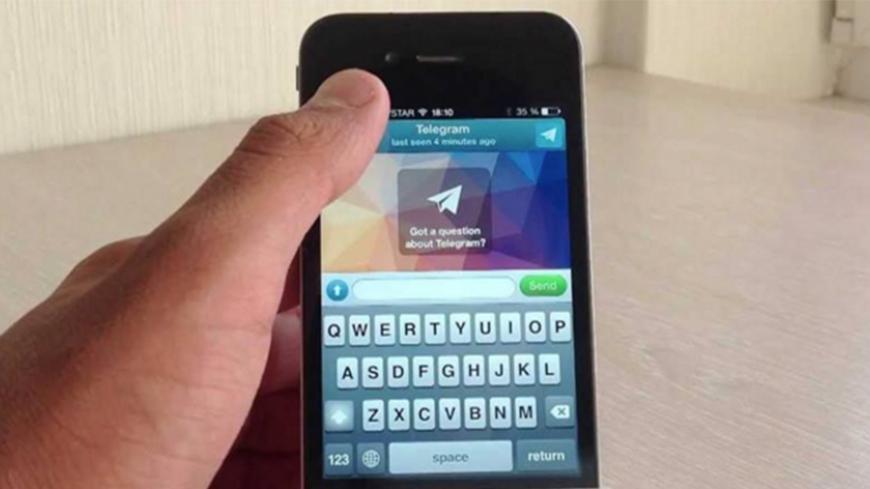 According to Iran’s Information and Communications Technology Minister, Mahmoud Vaezi, there are approximately 13 million to 14 million users of the messaging service Telegram in Iran. The comments were made Oct. 25 in a joint press conference with Russian minister of communications and mass media, Nikolai Nikiforov. Vaezi said that Iran and Russia would continue to work together on “security and policy” and the Russian search engine Yandex would soon open up an office in Tehran.

The meeting between the two ministers comes a week after the co-founder of Telegram, Russian entrepreneur Pavel Durov, took to Twitter to accuse Iran’s Information and Communications Technology Ministry of requesting “spying and censorship tools” from the company. After Iran's request was denied, Iran blocked Telegram, according to Durov, who now lives in exile after clashing with Russian authorities over their increasing control of the Internet.

While Iranian social media users complained Oct. 20 that Telegram had been down and later slowed down, the head of public relations for Iran’s Information and Communications Technology Ministry denied filtering the service. In his Oct. 25 comments with the Russian minister, Vaezi said “the few days of disturbances of Telegram were related to disturbances of communications channels and had no relationship to filtering.” The term “disturbances” is usually used in Iran to denote “throttling,” which is a reduction in speed of a service in order to control or censor an application or website, though in his comments Vaezi seems to be addressing communication channels linked to neighboring countries.

While just over two years old, Telegram has quickly become the most popular messaging service in Iran. It has become so widespread that well-known Iranian blogger Hossein Derakhshan wrote Oct. 25 on his Google+ page that “Telegram is taking the place of emails and Telegram channels are taking the place of weblogs.” Iranian officials, including Supreme Leader Ayatollah Ali Khamenei, have opened their own public Telegram channels to disseminate speeches and videos. Iranian journalists and analysts use their own Telegram channels to share their work. However, the bulk of the use appears to be normal citizens who use group texts to share jokes, videos and pictures with friends and family members.

The widespread use of Telegram has Iranian officials worried about the dissemination of what they deem to be immoral content. Vaezi told reporters that “our red line is the observance of ethical issues,” adding, “We’ve warned Telegram about this and as far as I know they have filtered immoral content for Iran.”

A spokesman for Iran’s Islamic Guidance and Culture Ministry, Mohammad-Hussein Noush-Abadi, said Oct. 26 at a press conference that while Telegram had complied with Iranian requests to block “immoral channels,” it “unfortunately had not continued to do so and we again gave warnings.” He added, “If these requests are not met, we have no choice but to make serious decisions.”

When asked about the possibility of filtering Telegram and how Iran’s police monitors content on the messaging service, the head of Iran’s police, Brig. Gen. Hossein Ashtari, said Oct. 26 that the decision would come from the Supreme Council of Cyberspace, a body that answers to the supreme leader. He said that whatever is decided by the council, Iran’s police “will take the necessary actions.” Iran’s Cyber Police, known in Iran by its Persian acronym FATA, is a unit of the Iranian police.