Iranian authorities are scrambling to gain control of the messaging app Telegram ahead of the presidential elections, blocking channels by the thousands only to see new ones take their place. 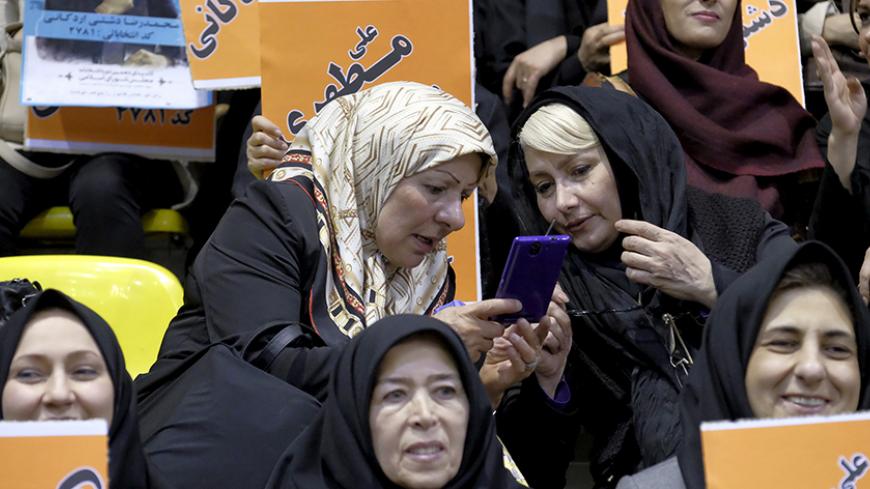 In the aftermath of the 2009 post-presidential election protests in Iran, social media sites such as Facebook, Twitter and YouTube became popular platforms to disseminate videos and information from inside the country to the outside world. In response, authorities quickly blocked the sites, ultimately slowing their growth domestically. That restriction created an opportunity for a messaging app called Telegram to take the country by storm years later.

Telegram is a German-based company created by Russian entrepreneurs Nikolai and Pavel Durov. As of April 2016, Telegram had more than 45 million users in a country of nearly 80 million. It first started as a traditional messaging service with group messaging its most popular feature. When the app introduced its channels feature, individual accounts suddenly flourished and the app became a popular avenue for sharing political content in addition to its already popular use of entertainment and sharing memes.

For Iranians, one of the best features of the app is that it allows users to remain anonymous.

Because of its rapid rise in popularity, Iranian officials were slow to regulate the platform, as they do to traditional media outlets in the country. However, that has been slowing changing and with a presidential election little more than a month away, authorities are scrambling to get the app, or at least much of its user-generated content, under control.

One the latest moves by the Iranian government is to require Telegram channels with more than 5,000 followers to register with the country’s Culture Ministry. More than 5,500 accounts totaling more than half a million users have already registered to comply with a bill by the Supreme Council of Cyberspace in Iran, according to Morteza Mousavian, the head of the Culture Ministry’s Center for Information Technology and Digital Media. He told Mehr News Agency’s Mehdieh Mohammadi on April 12 that this number represents half of the Telegram accounts with more than 5,000 followers.

The head of Iran’s cyber police force, Seyyed Kamal Hadianfar, told Mehr News that online crimes have increased by 63% and that the problem must be addressed. Hadianfar did not clarify what crimes in particular are increasing, but given Telegram's widespread use, there are likely unregulated channels and groups that are pornographic or insult religious sanctities, two areas that would be certainly regulated in traditional media outlets.

In March, Attorney General Mohammad Jaffar Montazeri said that approximately 16,000-20,000 Telegram channels are blocked each week. Montazeri stressed that this practice is not enough to stop the tide of new channels and that Iran must create its own messaging app with servers based in the country.

Montazeri added that with both the presidential and city council elections coming up, all the governing and oversight bodies must monitor online activities and “appropriately and legally confront” any violations.

It is unclear how the judiciary will see its role in addressing violations. In a press conference April 12, judicial spokesman Gholam Hussein Mohseni-Ejei defended the arrests of two popular Telegram users. The administration of President Hassan Rouhani has publicly criticized the arrests, saying the accounts were supportive of the administration and suggesting that the detentions were political in nature. However, in response to a reporter’s questions, Mohseni-Ejei said that some of the individuals were arrested for security-related reasons and others were arrested for “crimes against public morals and publishing obscenity.”