Iran says 'time not ripe' for negotiations with US

Tehran has said Washington's proposed inclusion in negotiations over reviving the Iran nuclear deal cannot work unless the United States lifts sanctions against the Islamic Republic. 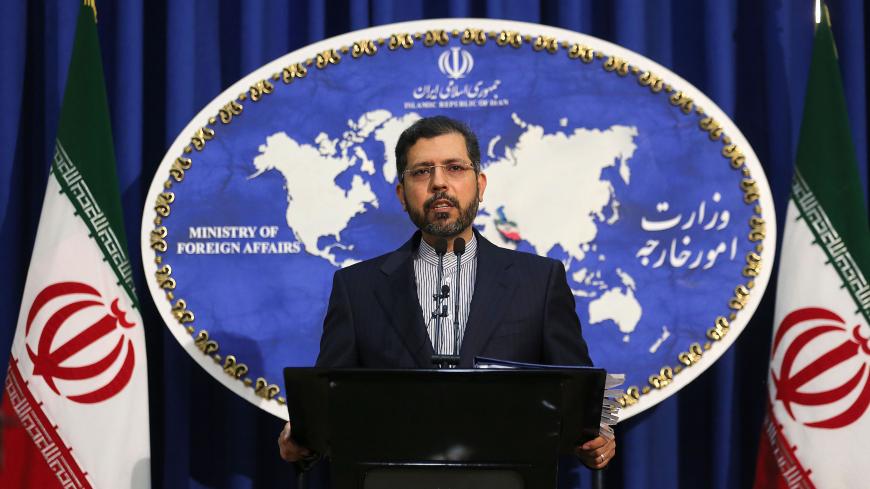 Spokesperson for the Iranian government Ali Rabiee has said the “time is not ripe” for the United States to join meetings over the Iran nuclear deal, also known as the Joint Comprehensive Plan of Action (JCPOA).

At a virtual briefing in Tehran March 2, Rabiee referred to recent diplomatic gestures and proposals from the European signatories to the JCPOA as well as Washington’s declared willingness to join the table.

“Washington’s claims about its belief in diplomacy are but hypocritical and unacceptable rhetoric unless it removes sanctions against Iran,” Rabiee declared. He described the current status of the nuclear deal as a “deadlock” caused by the United States.

“The least Washington could do is a gesture of goodwill to comply with its obligations under Resolution 2231.” The resolution was an attachment to the JCPOA, from which former US President Donald Trump pulled out in 2018. “The [Joe] Biden administration cannot act like that of Trump and expect better outcomes,” Rabiee added.

In another development, the conservative newspaper Vatan Emrooz reported that President Hassan Rouhani has ordered a halt on Iran’s production of uranium metal as part of an agreement struck last month between Tehran and the International Atomic Energy Agency (IAEA).

Under the JCPOA, Iran has been banned from producing uranium metal. But the process resumed after Iran’s conservative parliament passed a controversial law in December requiring the government to reduce its compliance with the accord if the United States failed to remove sanctions by Feb. 23. Yet the Rouhani government continued to adhere to some of Iran's obligations after clinching the temporary agreement with the IAEA.

In his briefing, Rabiee also touched on efforts by some IAEA members to pass a resolution against the Islamic Republic at the agency’s board of governors. If such a resolution is passed, he warned, “It will be met with an appropriate response, including reconsideration of obligations Iran has taken up under the recent deal.”

Vatan Emrooz went further, advising the Rouhani government to start working on raising uranium enrichment to 60% if the nuclear watchdog issues such a resolution. The editorial referenced a speech last week by Supreme Leader Ayatollah Ali Khamenei, who threatened that Iran reserves the option of pursuing enrichment at that level.