If passed, the legislation proposed by hard-liners would effectively force the government into a farewell to the fragile nuclear deal depending on UN action. 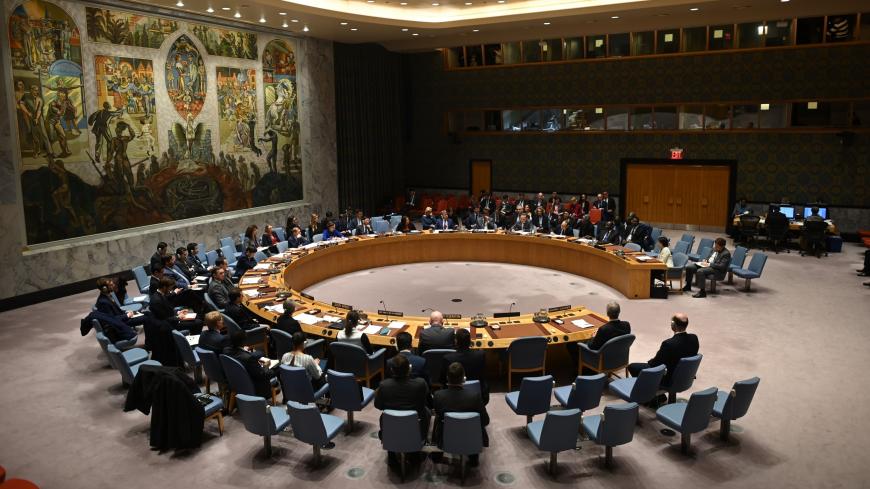 German Foreign Minister Heiko Maas (C) speaks at a UN Security Council meeting at United Nations headquarters in New York on Feb. 26, 2020. Iran's parliament is working on legislation that would end Iran's participation in the Iran deal if snapback sanctions are imposed through the Security Council. - JOHANNES EISELE/AFP via Getty Images

A group of hard-line lawmakers in Iran’s parliament have drafted legislation that would oblige the government of President Hassan Rouhani to withdraw from the Iran nuclear deal, formally known as the Joint Comprehensive Plan of Action (JCPOA). The “double-urgency” draft legislation has already been signed by 49 lawmakers. The departure, based on the text of the proposal, would take place if a snapback of sanctions is triggered against Iran.

Under the draft legislation, dubbed “automatic pullout,” Iran’s withdrawal from the agreement would have to take place within 72 hours after a reinstatement of Security Council sanctions resolutions against Tehran as such a move “will make Iran’s presence in the deal futile.” One of the architects of the proposed legislation, conservative parliamentarian Ali Khezrian, said this contingency plan is a “deterrent measure” that “serves Iran’s national interests.”

The legislation seems to have been prompted by an intensifying US effort to trigger the dispute mechanism enshrined in articles 36 and 37 of the JCPOA. The provision essentially authorizes the signatories who are also on the Security Council to veto an extension of the suspension of anti-Iran sanctions. Washington has warned that it will employ the mechanism, while Iran and other signatories argue that having departed from the accord in 2018, the US government has no legal power to bring the matter forward as the mechanism is reserved for existing JCPOA members.

Still, JCPOA opponents in Iran blame the Rouhani government for failing to patch the loopholes in the deal prior to signing it, and contend that given the “one-sided nature” of the accord, Washington will ultimately manage to reimpose the sanctions that had been removed under the JCPOA.

The ultraconservative paper Javan, which is run by the Islamic Revolutionary Guard Corps, welcomed the draft proposal, while relaunching its scathing criticism against the Rouhani administration for clinching a deal that never entirely lifted sanctions. “If the US reimposes the sanctions through the snapback mechanism, that is not simply the last nail in the coffin, it is indeed as if there were no JCPOA in the first place,” the paper wrote.

Last week, Washington failed to bring the UN Security Council on board for a resolution it proposed on extending an arms embargo on Iran, which is to expire in October. That the extensive US effort was hitting a snag appeared to have boosted the Iranian architects of the JCPOA, particularly Foreign Minister Mohammad Javad Zarif. “Our people are now wondering how the JCPOA, which was pronounced dead and buried several times [by opponents], has now managed to defeat the United States at the Security Council,” he said in a sarcastic message to hard-line critics who have persistently called the JCPOA a dead agreement.

Kayhan, the paper that echoes the voice of the most unrelenting section of those critics, hit back with a lengthy editorial that addressed Zarif and attempted to make the case that “the JCPOA is dead because the sanctions are still alive.” Kayhan also argued that the United States did not win a vote on the Iran arms embargo not because of the JCPOA’s legal power, but rather because “Washington has been in an increasingly weaker position due to [President Donald] Trump’s performance in recent years … which has dwindled America’s power to build an international consensus.”