Iran has dismissed the IAEA statement about its nuclear program. 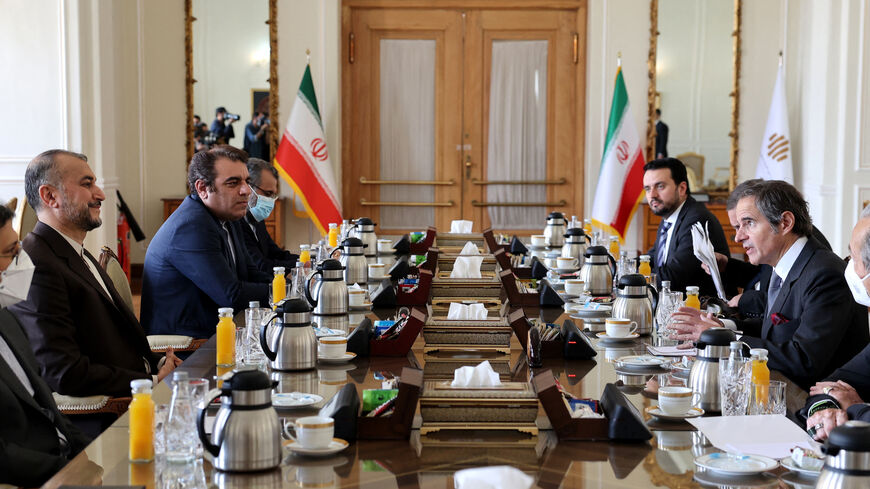 Iran criticized the UN nuclear watchdog's board for a statement being prepared by Western countries during their week-long meeting.

The International Atomic Energy Agency’s (IAEA) questions regarding Iran’s nuclear program is one of the main outstanding issues preventing the revival of the Iranian nuclear deal, officially known as the Joint Comprehensive Plan of Action (JCPOA). Some observers anticipated that the IAEA would issue a resolution condemning Iran’s lack of cooperation on key questions regarding its nuclear activities. During this meeting, the United States, Britain, France and Germany have prepared a joint statement and are hoping to have other countries sign on to it.

According to Reuters, the IAEA statement read, “We call upon Iran to act immediately to fulfill its legal obligations and, without delay, take the IAEA Director General’s offer of further engagement to clarify and resolve all outstanding safeguards issues.” On Monday, IAEA Director General Rafael Mariano Grossi criticized Iran’s lack of cooperation with IAEA issues and denied that they were political in nature. He said that there are outstanding issues and allegedly nuclear activity at sites that should not have had nuclear activity.

Iran criticized the joint statement. During a phone conversation with his Omani counterpart, Foreign Minister Hossein Amir-Abdollahian said, “Issuing an unconstructive statement at the IAEA’s meeting will not bear fruit.” Tasnim News Agency wrote that the statement is “a new scenario to apply pressure on Iran.”

Behrouz Kamalvandi, spokesman for Iran’s Atomic Energy Organization, criticized Grossi’s remarks, saying that Iran has “cooperated and answered questions” from the IAEA. Kamalvandi continued that comments by Grossi are “political” in nature, and he accused him of being “guided” by Israel.

The revival of the JCPOA, which President Joe Biden campaigned on, appears to be at a complete standstill. The European Union had made a last effort to push through some differences, but after the European country statements earlier from the UK, France and Germany, it appears they too have stopped pushing the United States and Iran. One of the concerns for Iran at the moment is that leaving open questions from the IAEA will give cause to the West to exit the nuclear deal again. In 2018, former President Donald Trump exited the JCPOA and reapplied sanctions on Iran’s oil and banking transactions. Afraid of US secondary sanctions, European countries abided by the US decision, though they were critical of it.

Iran understands that a revived nuclear deal would likely be only for the duration of Biden’s presidency, particularly if a Republican is elected president. In response to the US exit, they increased their nuclear program from below 5% enrichment to 60% and have increased their stockpile of enriched uranium. Iran has also removed inspection cameras belonging to the IAEA in response to the US exit.