Aimed at encouraging Iranian cooperation, Rafael Grossi’s visit could play central to the trajectory of the upcoming talks on the revival of the nuclear deal, which has been in tatters since the US withdrawal in 2018. 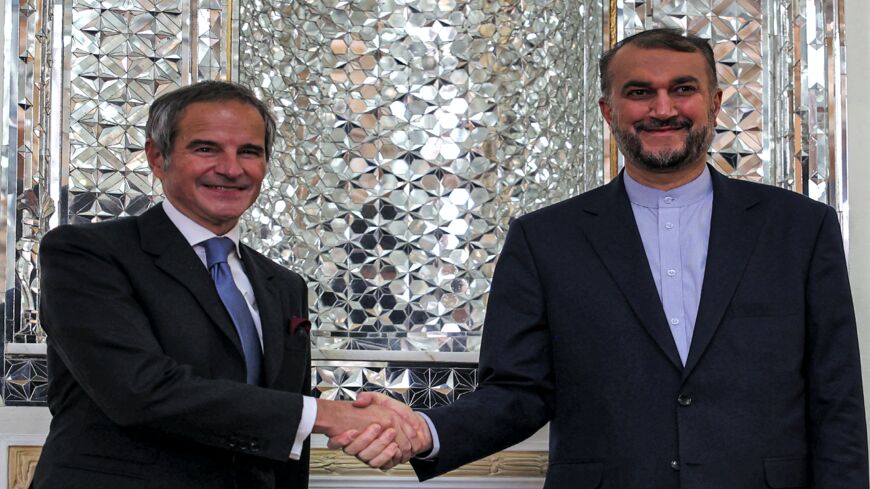 The director of the International Atomic Energy Agency (IAEA), Rafael Grossi, was in Tehran to secure much-wanted cooperation from Iranian officials at a critical moment for the fate of the Iran nuclear deal, also known as the Joint Comprehensive Plan of Action (JCPOA).

The negotiations were "intense," Grossi declared at a presser in Tehran, adding that they were held "with a view to finding common ground." Standing next to the IAEA chief was the head of the Atomic Energy Organization of Iran, Mohammad Eslami, who said Iran had addressed ambiguities raised by the IAEA. Eslami shrugged off some issues, the basis of which was "evidence provided by our enemies." He did not offer further details, but the IAEA has in its recent reports expressed concern, among other issues, about Iran’s reduced cooperation that has appeared in extreme "physical searches" imposed on its inspectors.

A yet more contentious issue has been access to surveillance footage captured by cameras set up in Iran’s key nuclear facilities as part of the "Additional Protocol," an agreement that requires a certain level of transparency from Tehran. That arrangement, however, has turned increasingly shaky since late 2019, when Iran’s conservative parliament voted to push the IAEA away from Iranian sites.

At a later meeting, according to Iranian media, the nuclear watchdog chief was advised by Foreign Minister Hossein Amir-Abdollahian to resist "outside pressure." The Iranian top diplomat still underlined Tehran’s serious resolve for "constructive cooperation" with the IAEA.

The key agreement gained in Grossi’s meetings with Iranian officials appeared to be an agreement on continuing the negotiations. And the visit came on the eve of the resumption of talks in Vienna next week over the revival of the JCPOA. "Iran’s provocative nuclear steps are of great concern to us," said US State Department spokesman Ned Price at a briefing on Monday in reference to Iran’s recently stepped-up nuclear activities.

The IAEA and Western states have in recent months been watching with alarm Iran’s progress toward an augmented stockpile of enriched uranium. In response, Iran insists the program remains peaceful but has failed to allay worries that with the ongoing pace it is only rapidly inching closer to becoming a weapons-grade, nuke-powered state.

Earlier on Sunday, Iran’s Foreign Ministry spokesman Saeed Khatibzadeh argued that "sabotage" has significantly affected Tehran’s cooperation with the IAEA. In the past two years, Iran’s nuclear program has come under Israel-blamed attacks that are believed to have sought a tremendous slow-down, if not complete destruction, of its nuclear program.

The majority of Iran’s hard-liners and JCPOA skeptics maintain that IAEA inspections have opened the path to access to critical intelligence, which is allegedly passed to "hostile" spy agencies providing them with sensitive data to target and "sabotage" Iran’s nuclear facilities.

Israeli officials, who have been engaged in an undeclared war against Iran’s nuclear technology, have warned that even a restored nuclear deal would not do away with their concerns, pledging that “we will maintain our freedom of action."