The International Atomic Energy Agency claims that Iran has limited its access to the Karaj nuclear facility, where surveillance cameras have been damaged. 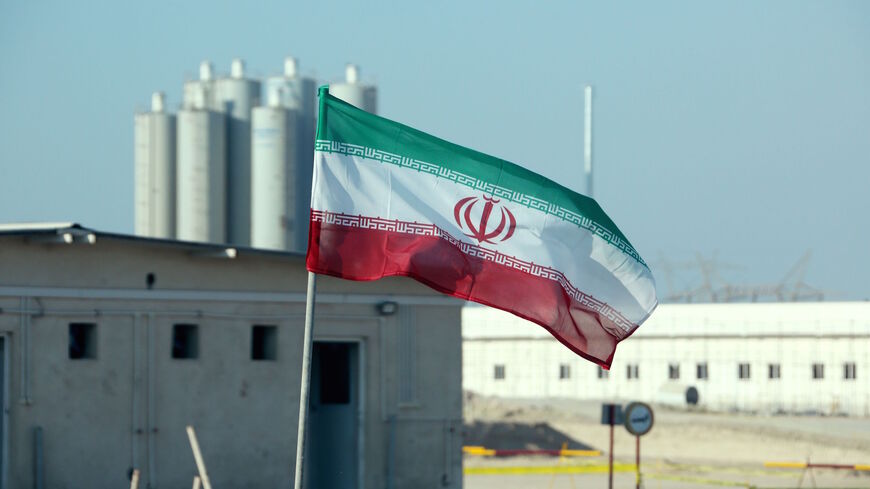 A picture taken on Nov. 10, 2019, shows an Iranian flag in Iran's Bushehr nuclear power plant during a ceremony to kick-start works on a second reactor at the facility. - ATTA KENARE/AFP via Getty Images

The spokesperson for Iran’s Atomic Energy Agency, Behrouz Kamalvandi, has responded to the International Atomic Energy Agency on limitations on access to parts of Iran’s nuclear program. Kamalvandi said that the IAEA's claim that access to a nuclear facility was restricted was “one-sided and biased” and “not productive” to the process described in a Sept. 12 joint statement issued by Iran and IAEA director Rafael Grossi.

The IAEA said yesterday that Iran had limited its access to the Karaj nuclear facility, which was the site of a sabotage attack Tehran blamed on Israel earlier this year. Kamalvandi himself was injured and hospitalized during a visit to the site to inspect the damage. During Grossi’s visit for talks in Iran, it became public that cameras at Karaj had been damaged.

The camera issue is contentious as Iran and the IAEA had previously agreed that Iran would record its own nuclear activities and maintain possession of the recordings until an agreement is reached on a return to full compliance with the 2015 nuclear accord called the Joint Comprehensive Plan of Action. The special agreement became necessary after Iran’s parliament passed a law limiting Iran’s cooperation with the IAEA due to the US exit from the deal and Washington reinstating nuclear-related sanctions in 2018.

Grossi’s joint statement with the head of Iran’s Atomic Energy Organization, Mohammad Eslami, read that the camera issue had been resolved. The third point of the statement specifically read, “IAEA's inspectors are permitted to service the identified equipment and replace their storage media, which will be kept under the joint IAEA and AEOI seals in the Islamic Republic of Iran. The way and the timing are agreed by the two sides.”

Iran’s ambassador to international organizations in Vienna, Kazem Gharibabadi, said that the IAEA’s demand for access to the Karaj cameras “goes beyond the agreed terms of the joint statement.” Gharibadadi said that the cameras the IAEA wants access to are being investigated by Iran’s intelligence agencies and therefore “equipment related to this complex are not included for [IAEA] servicing.”

Gharibabadi also criticized the IAEA for not denouncing attacks on Iran’s nuclear facilities. He said if nothing else the body should criticize the attacks for “the sake of their own equipment, safety and security of inspectors.”

The latest disagreement between Iran and the IAEA over a matter that had appeared to been resolved just two weeks ago is a sign that the much larger issue of US reentry into JCPOA and Iran’s return full compliance have a long way to go. With the new administration in Tehran, there appears to be less urgency about restarting the negotiations in Vienna. It’s possible that Iran is waiting to gain more leverage by way of nuclear advances before restarting the talks. This approach could be a mistake, as US reentry into JCPOA is not necessarily a pressing matter for US domestic political considerations.