Iran and the IAEA have agreed to reinstall cameras at a nuclear facility that were destroyed in a sabotage attack over the summer. 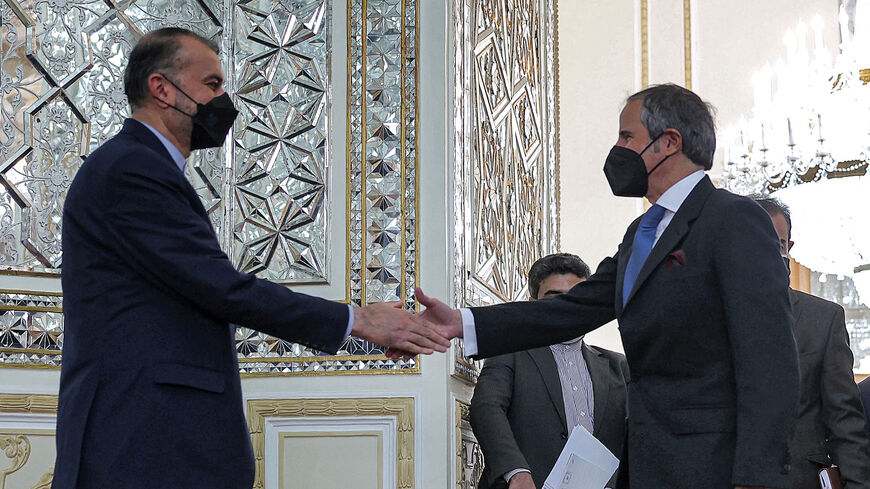 Iran and the International Atomic Energy Agency have agreed to reinstall cameras at the Karaj nuclear facility that had been destroyed.

The cameras at Karaj nuclear facility were one of the main points of contention between Iran and the IAEA, and IAEA director Rafael Grossi made two trips in recent months to resolve the matter. In June, a sabotage attack on the nuclear facility, likely by Israel, which caused damage to the building. Iran had rejected initial IAEA requests to replace the cameras until an inspection was conducted.

Tasnim News Agency reported that the IAEA still “has a minimum responsibility to respond to terrorist and sabotage acts.” One of Iran’s frustrations is that the IAEA had refused to condemn the attack, which damaged its own property.

The Tasnim report also read that Iran, having finished its investigation, “voluntarily” permitted the IAEA to replace its cameras. The article said that with the cameras replaced, Iran will continue to abide by the previous agreement with the IAEA regarding the footage of the cameras. Iran passed a law called the Strategic Action Plan to Remove Sanctions, which effectively reduced its cooperation with the IAEA. Iran would continue to record operations at the Karaj nuclear facility but would hold onto the recordings and turn them over to the IAEA once the nuclear negotiations were settled and sanctions were removed.

The negotiations to get the United States back into the 2015 Joint Comprehensive Plan of Action and Iran back into full compliance with its terms are currently taking place in Vienna. The United States exited the deal in 2015 under President Donald Trump. As a result of the US exit and reapplication of international sanctions, which made it difficult for Iran to sell its oil and conduct banking transactions with most countries, Iran has made progressive violations of the deal's limitations on its nuclear program.

Officials of the new Iranian administration, having spent six years criticizing the JCPOA for including too many concessions by Iran, are now working to revive the deal. European negotiators have expressed frustration with the new negotiation team led by Deputy Foreign Minister Ali Bagheri Kani. The Iranians publicly claim that they simply want the removal of Trump-era sanctions and a return to the original deal.

One of the currently pressing issues is that as Iran continues to make nuclear progress, it gains knowledge it cannot unlearn, even if it reduces its program to the original JCPOA-compliant levels. Another is that even if the United States and Iran do come to an agreement on the JCPOA, with the next US election, the deal would once again be at the mercy of the next US president.