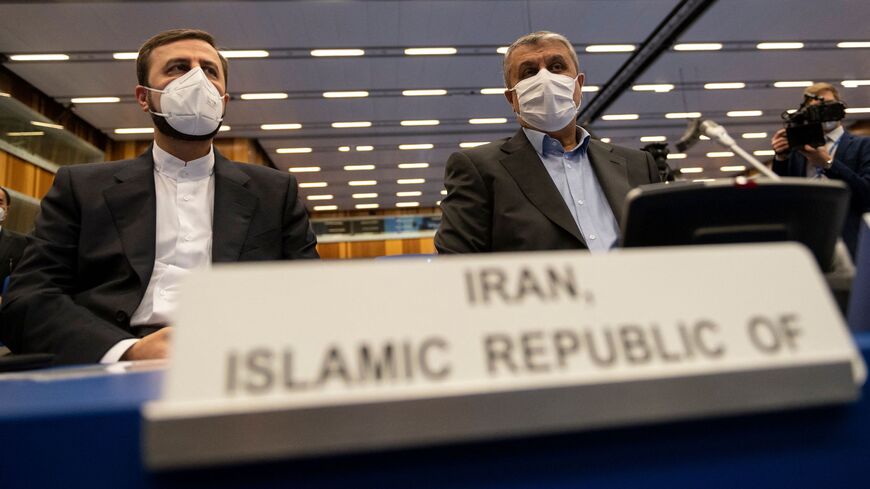 Iran has increased its stockpile of highly enriched uranium and is refusing to grant inspectors access to a nuclear site where it has reportedly resumed production of advanced centrifuges, according to United Nations nuclear watchdog reports issued ahead of renewed nuclear talks between Tehran and world powers.

In two International Atomic Energy Agency reports to member states seen by Reuters, the IAEA said Iran prevented inspectors from reinstalling cameras at the Karaj nuclear facility, which was the site of a sabotage attack Tehran blamed on Israel earlier this year.

Under an agreement reached with the IAEA in September, Iran agreed to allow inspectors to service surveillance equipment at the key manufacturing site. According to the confidential IAEA reports, Iran hasn’t granted inspectors access as promised.

"This is seriously affecting the Agency's ability to restore continuity of knowledge at the workshop, which has been widely recognized as essential in relation to a return to the [Joint Comprehensive Plan of Action],” read one of the reports.

The Wall Street Journal reported on Tuesday that Iran's Karaj site has resumed production of equipment for advanced centrifuges, which are the machines that enrich uranium. Diplomats told the newspaper that Iran resumed work at Karaj in August and has since produced rotors and bellows used in more advanced centrifuges. One diplomat said Iran had manufactured enough parts to build at least 170 of the machines.

The production of centrifuges is sure to be on the agenda as Iran and the JCPOA’s original signatories meet in Vienna on Nov. 29 for what will be their first round of talks since the election of hard-line Iranian President Ebrahim Raisi in June.

One of the main sticking points to emerge from the previous rounds of talks is Iran’s insistence that the new deal contain guarantees that the future US administration won’t exit the deal, as President Donald Trump did three years after President Barack Obama sealed the agreement in 2015.

Since Trump unilaterally withdrew from the accord, which granted sanctions relief in exchange for curbs on Iran’s nuclear program, and reimposed harsh economic sanctions, Iran has steadily violated the terms of the deal.

The higher enrichment represents a significant breach of the nuclear deal but falls short of the 90% Iran would need to build a bomb.