Egypt to open new naval base, shield itself against Libya

Egypt is close to opening a new naval base on Egypt's Mediterranean coast, near its border with Libya. 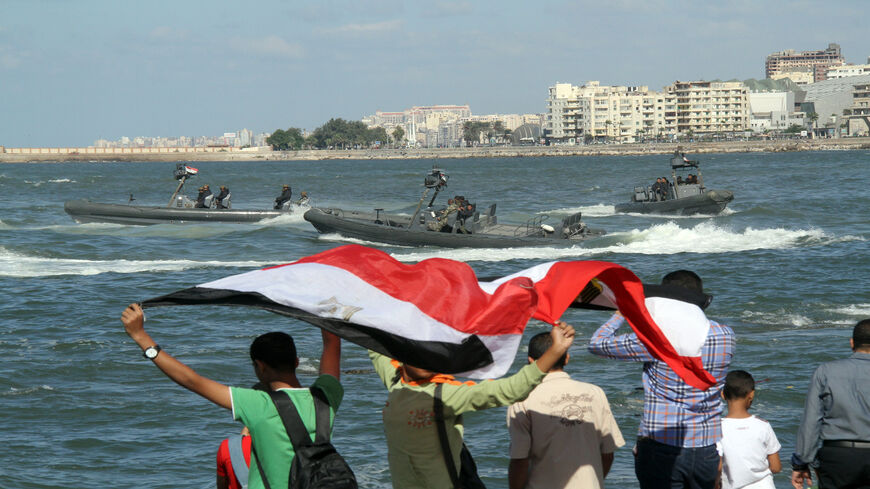 Egyptians celebrates as the navy puts on a display marking the 40th anniversary of the 1973 Arab-Israeli war, along the Mediterranean coastal city of Alexandria, Egypt, Oct. 6, 2013. - -/AFP via Getty Images

CAIRO — Egypt prepares to open a naval base on the Mediterranean, near its border with Libya, as the populous country is trying to protect itself against unrest in the neighboring country, assert its control over its maritime boundaries and safeguard its economic interests.

Egyptian contractors have been constructing the new 3rd of July naval base in Gargoub, a little-known port town on Egypt's northwestern Mediterranean coast, roughly 250 kilometers (155 miles) from the Libyan border, for several years now.

The base, military analysts say, will be part of the Egyptian Northern Fleet that guards the country's Mediterranean coast.

"The area where the Northern Fleet operates is full of security challenges, especially in light of developments in Libya," retired Egyptian navy Adm. Mohamed Mitwali told Al-Monitor. "The fleet is well equipped to counter these challenges and defend national economic interests in the same area."

The Egyptian military has not specified a date for the inauguration of the new base. However, during a recent visit to Amman, Egyptian Prime Minister Mustafa Madbouly handed King Abdullah II of Jordan an invitation from Egyptian President Abdel Fattah al-Sisi to attend the opening of the base.

The new base compounds a series of new military facilities in different parts of Egypt, ones, according to military observers, that aim to assert Egypt's control over its borders and protect its strategic interests.

"These facilities are important because they allow the army to deploy its troops and equipment in a strategic manner," retired army Gen. Nasr Salem told Al-Monitor. "They are also good training grounds for the troops in preparation for missions."

In July 2017, Sisi opened the Mohamed Naguib base, a giant military facility that contains a major training ground, a wide range of military equipment and tens of thousands of ground and special combat troops.

In January 2020, the Egyptian president opened the Bernice military/naval base on the Red Sea, near Egypt's border with Sudan, the southern entrance to the Red Sea and Bab el-Mandeb Strait.

The expected inauguration of the 3rd of July base comes at a time of high tension in Libya and growing Egyptian fears from rampant unrest in the neighboring country to seep out of it and into the Egyptian Western Desert and then to Cairo and other Egyptian cities, analysts said.

Egypt shares an extended border with Libya, around 1,250 kilometers (777 miles). This border, which stretches along a vast desert, turned into a national security menace soon after the downfall of the Moammar Gadhafi regime in Libya in 2011.

Egypt says it has solely borne the brunt of guarding the shared border with Libya in the absence of a functional state in the neighboring country.

Libya has also turned into a major concern for Egypt ever since regional rival Turkey stepped up interference in it in 2019, by sending military advisers and thousands of Syrian mercenaries, in light of security cooperation pacts Ankara signed with the internationally recognized Government of National Accord (GNA), which used to control the capital Tripoli and most of western Libya.

In June 2020, Sisi declared most of eastern Libya an Egyptian red line, threatening to militarily intervene if GNA troops or the mercenaries paid by Turkey crossed it.

Turkey is also present in the eastern Mediterranean where Egypt is a major actor at the level of natural gas production, processing and export.

A series of natural gas discoveries made since 2015 have turned Egypt into a principal player in the international and regional gas markets.

Cairo is also bringing regional gas producers and consumers together in an OPEC-like organization, namely the East Mediterranean Gas Forum, which has so far excluded Turkey.

Turkey's exclusion from the regional natural gas bonanza, analysts said, would most likely have repercussions.

"Turkey is so far not part of the unfolding natural gas alliance in the region," Salem said. "This is why it will continue to play a destabilizing role as it tries to get a share of the regional natural gas cake."

Egypt has already modernized its navy, spending billions of dollars on the acquisition of advanced equipment, including helicopter carriers, submarines and frigates.

A thaw in relations with Turkey is likely in the coming period, with Ankara making entreaties for better relations with Cairo, including through a toning down of criticism to Sisi's regime by Turkish officials, including President Recep Tayyip Erdogan himself, and putting a gag on critical TV channels broadcast from Turkey.

However, there is apparently little confidence in Cairo in the sincerity of the Turkish moves.

In mid-March, Egyptian Foreign Minister Sameh Shoukry said full ties with Turkey would depend on a real change of Turkish policies.

The establishment of the new naval base is also about Egypt's grand economic and development hopes in its northwestern region, analysts said.

Egypt moves ahead with the implementation of a plan to turn this region, which has been neglected since World War II, into an economic, tourist and energy hub that can function as a magnet for tens of billions of dollars in investments and tens of millions of nationals.

The Egyptian government is now constructing New Alamein City, near the northwestern coastal city of Marsa Matruh and only hundreds of kilometers from the border with Libya.

The city, a former World War II site, is becoming the scene of gigantic construction and tourist projects, including dozens of skyscrapers and towers, tens of thousands of flats, a huge number of entertainment parks and tourist facilities.

Egypt also has a plan to establish a number of other cities in the area in its bid to redistribute its population of more than 100 million, most of whom live along the Nile River and the Mediterranean coast.

The new naval base is also located in close proximity to Dabaa, a city that will host Egypt's nuclear power plant that will be constructed by Russia's Rosatom soon.

The construction of the nuclear power plant comes as Egypt strives to diversify the sources of its energy and enter the age of peaceful nuclear power use.

"The northwestern coast is rapidly becoming Egypt's next economic hub, especially in light of the large number of projects being implemented there now," Khaled al-Shafei, director of local think tank Capital Center for Economic Studies and Research, told Al-Monitor.

The new 3rd of July base is expected to contain a wide range of naval equipment, including one of the two helicopter carriers Egypt acquired from France in 2016, military analysts said.

In addition, it will likely contain a submarine, frigates, some corvettes and speedboats.

"The base will also be prepared to host large warships," Mitwali concluded. "This will turn it into a sufficient deterrent force against any security threats in the region." 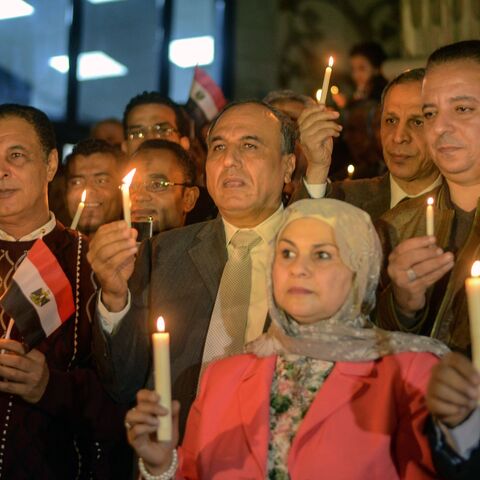