Egypt is making every effort toward rapprochement with Chad to counterbalance Turkey’s influence in the African continent, especially after the defeat of Cairo’s ally in Libya. 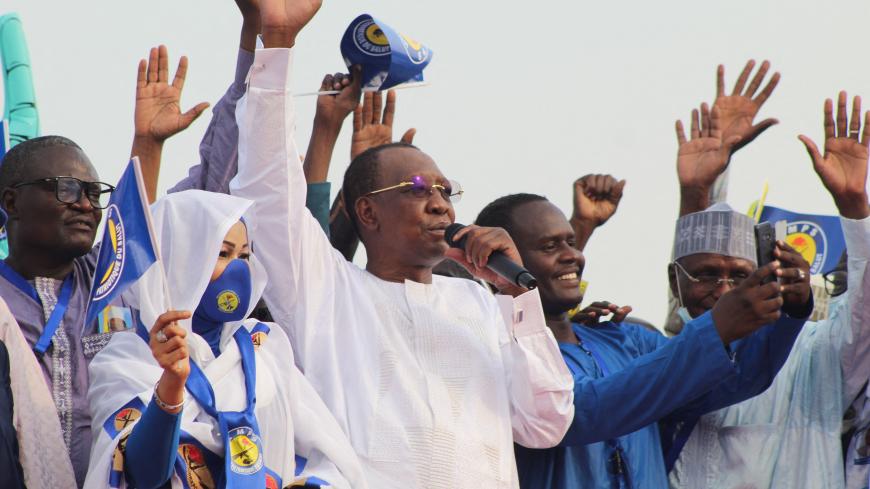 CAIRO — Egypt announced March 10 its intention to sign an agreement with Libya and Chad to establish a new road linking the three countries, opening the door for Chadian products to the Egyptian market.

This came on the heels of a March 1 visit to Chad led by the head of the Egyptian General Intelligence Service, Maj. Gen. Abbas Kamel. The Egyptian high-level military delegation visited Chad with the aim of boosting cooperation between the two countries and discussing ways to combat terrorist organizations in the landlocked state in north-central Africa.

Egypt has previously sought further rapprochement with Chad in a bid to support bilateral relations. On March 5, Egyptian Health and Population Minister Hala Zayed said that Egypt provided Chad with medical aid and support to stem the coronavirus pandemic. Egypt provided free treatment to Chadian citizens, set up field hospitals for ophthalmic surgeries and brought in Chadian specialists for training at the hospitals affiliated with the Health Ministry.

In a March 8 report, Al-Araby Al-Jadeed quoted sources saying that Kamel paid two visits to Chad in the past month, where he met with officials and confirmed Egypt’s readiness to upgrade its military, security and technical support to Chad, by organizing military exercises and offering grants for the military.

According to the same sources, Kamel agreed with Chadian officials on future mutual presidential visits. He noted that Egypt has turned its focus on Chad because Egyptian intelligence reports confirmed that Turkey has been seeking to establish a foothold in the country and the rest of the African Sahel region.

Chad is, in fact, preparing to host an international conference called for by the World Tourism Forum Institute (WTFI) in Turkey, which is designed to promote tourism in the country and increase tourism investments and the number of incoming tourists.

The Chadian Ministry of Tourism and WTFI signed an agreement in December 2020, in an attempt to boost tourism in Chad.

Hiba al-Bashbishi, a professor of political science at the Institute of African Studies and Research at Cairo University, told Al-Monitor that Egypt began to move toward African countries after years of neglect.

“Under several previous regimes, Africa had remained neglected for decades. But Turkey’s intention on gaining a foothold in Chad was Egypt’s wake-up call. Egypt is late to the party while Turkey has already a strong presence in Chad,” she said.

On Nov. 24, 2020, Turkish President Recep Tayyip Erdogan made a phone call to his Chadian counterpart, Idriss Deby, assuring him of Ankara’s desire to deepen trade and economic cooperation with N'Djamena, in all fields.

During the coronavirus crisis, Turkey intensified its support for Chad. On May 26, 2020, the Turkish Ministry of Defense announced that it was dispatching a military cargo plane carrying medical aid to help Chad cope with the outbreak of the pandemic.

On June 18, 2020, a military cargo plane carrying medical supplies and ambulances, took off from Turkey’s Etimesgut air base to Chad at the directives of Erdogan.

On June 25, 2020, Maj. Gen. Ahmed al-Mismari, spokesman for the Libyan National Army (LNA), said that Turkey has been making efforts to “infiltrate in several African countries,” including Niger, Chad and the Horn of Africa.

According to Bashbishi, Turkey has been exploiting the crises gripping Chad, including poverty, famine, terrorism and internal conflicts. She argued that Turkey has been trying to gain a foothold in Chad at all levels — be it educational, economic or military — with the aim of creating areas of influence in Africa and bring about complete control over Libya, and tightening the noose on Egypt.

On May 5, 2020, Turkey’s Cooperation and Coordination Agency (TIKA) announced the building of an applied agricultural school in Chad, in support of agricultural development in the African country.

TİKA’s Chad Coordinator Melih Mucahid Ates said back then that the school that would be built within the framework of the Chad-Turkey Friendship Complex Project would significantly contribute to the country’s progress.

On Feb. 28, 2019, Erdogan signed with his Chadian counterpart four deals, including a military framework agreement, and other agreements in relation to cash assistance, cooperation in education and cooperation in the cultural field.

Bashbishi argued that Chad represents national security for Egypt, as it is a country with a pivotal role especially in relation to its influence on the situation in both Sudan and Libya. “Through Chad it is possible to create chaos in and pose a threat to the Egyptian borders,” she said.

She added, “Chad has a direct road to Sudan’s Darfur, with no presence of any Chadian forces. Chad is also connected to Libya via a desert road, where weapons and individuals are smuggled. Therefore, Turkey’s control over Chad threatens Egypt’s security."

Shifa al-Afari, an Eritrean writer and political analyst specializing in African affairs, concurred with Bashbishi. He told Al-Monitor that Egypt’s approach toward Chad has clear objectives, namely protecting Egyptian national security from any threats, as Chad is an extension of Egypt’s strategic depth.

This is also a move “to cut off the path to Turkish hegemony in the region, and the emergence of Cairo as a strong competitor to Ankara in the field of military logistic support,” Afari said.

He added that during his recent visit to Chad, the Egyptian intelligence chief discussed ways of military and logistic support that Cairo could provide to Chad to combat terrorism and armed groups.

On July 27, 2020, it was reported that the Turkish government had signed a military agreement with Niger and was preparing to announce a similar agreement with other countries neighboring Libya, including Chad, as part of Turkey’s attempts to tighten control over Libya.

Afari believes that Egypt is also trying to gain a foothold in Egypt because Cairo wants to compensate for its loss in Libya, after the Turkish-backed Government of National Accord (GNA) defeated Egypt’s ally strongman Khalifa Hifter, leader of the LNA, which further increased Turkish influence in Libya.

On June 4, 2020, Hifter was dealt a series of defeats at the hands of the GNA, prompting him to completely withdraw from Tripoli. On June 20, 2020, Egyptian President Abdel Fattah al-Sisi said the Libyan provinces of Sirte and Jufra were a “red line” for Egypt, for fear that the GNA, with Turkey’s support, would control the eastern Libyan border with Egypt.