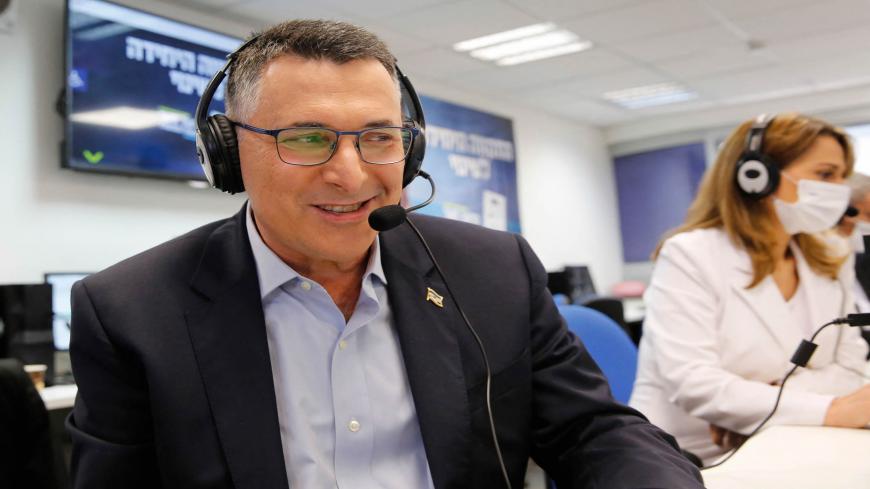 He was as close as anyone could be to Prime Minister Benjamin Netanyahu. He served as his Cabinet secretary and held Netanyahu’s hand throughout his last year in power before his 1999 defeat by Ehud Barak. He stayed by his side in the Likud and helped him rebuild the party in 2006 after the late Ariel Sharon split to form his own party. Over the years, he helped Netanyahu dismantle governments and alliances, and build coalitions. This week, Former Likud Minister Gideon Saar blocked Netanyahu’s reelection. The votes his New Hope party poached from the Likud in the March 23 elections deprived Netanyahu of the 61 Knesset seats he desperately needs to form a governing coalition.

Saar lost the battle, coming in at a disappointing six seats, but he has probably won the war. Short of a miracle, Netanyahu not only lacks sufficient support to form a government, on April 5 he must present himself in court for the start of the evidentiary stage in his corruption trial. This time, even this undisputed political genius will have a hard time surviving.

Saar quit the Likud and formed New Hope in December 2020 with great fanfare, immediately polling at more than 20 Knesset seats. Although the final results are a far cry from that peak, he can console himself with having deprived his former party of at least three seats (according to assessments of pollsters), and thus achieving his goal of weakening the Likud. He accomplished what the Blue and White party, led by three generals, failed to achieve in three consecutive elections in 2019 and 2020, bringing the Likud down to 30 seats, its poorest showing since 2015.

The seats Saar apparently took from the Likud were the crucial ones Netanyahu needed to succeed in his fourth consecutive attempt to form a stable government. For Saar, the results were both sweet and bitter. And yet, based on talks with his associates, if he had to choose, he would still have preferred handing Netanyahu gaining a victory for himself. And that was the exact outcome.

The election results, however, are nowhere near the end of Israel’s political roller coaster. Netanyahu enjoyed decisive advantages in the three previous elections with proven experience as a negotiator and best political skills around, while his main rival was a naive political newcomer with an inexperienced campaign team, Blue and White leader Defense Minister Benny Gantz.

This time, however, his rivals are three/four of the wiliest figures in Israeli politics: Gideon Saar along with former Likud stalwart former Minister Ze’ev Elkin, Yisrael Beitenu party Chair Avigdor Liberman and possibly Yamina party leader Naftali Bennett. And then there is of course Yair Lapid, leader of the Yesh Atid party. Lapid was sidelined during previous elections when he partnered with Blue and White, but has now come into his own, garnering 17 Knesset seats that placed his party second after the Likud. He is the politician most likely to be tasked by President Reuven Rivlin to take first crack at forming Israel’s next coalition government.

Saar, Elkin and Liberman will try to square the circle for Lapid and come up with a magic formula to create Israel’s first government in 12 years without Netanyahu at the helm. Success is hardly certain, but there is a chance that the six-party center-left bloc could pull it off. Netanyahu realizes this better than anyone else.

When Saar formed New Hope, he drew former Blue and White supporters disappointed with Gantz for joining Netanyahu’s government last year. The polls mentioned above — of 20 seats — gave him the equivalent of five seats from right-wing voters, and about 15 from center-left ones. The disenchanted former Gantz voters were seeking a new political home, ignoring Saar’s clear right-wing ideological convictions and viewing him as a distinct potential spoiler of Netanyahu’s future ambitions. Saar told Al-Monitor at the time that he knew some of those voters would pull away as elections draw nearer but that attracting right-wing voters, especially from the Likud, was more important and the only way to bring down Netanyahu.

Saar was correct, unfortunately too much so. He did not imagine the wholesale walkout of his center-left supporters. These flocked back to centrists Lapid and even to Gantz (who scored an election surprise with eight seats after polls placed him at barely four), or mobilized to save the flailing Labor (giving it seven seats) and left-wing Meretz parties (six seats).

The loss of the center-left electorate generated a disastrous chain of events. Likud supporters, who tend to vote for those they view as winners, saw Saar’s decline in the polls and had second thoughts about voting for the once popular Likud challenger. Saar was no longer a viable, right-wing candidate for prime minister; he was just the head of another small party. As the campaign intensified, so did the exodus of his right-wing supporters. In fact, had the elections been held a week later, Saar may not even have garnered sufficient votes to make it into the Knesset.

In the evening hours of March 25, when the final vote tally was announced, Saar tweeted, “It is now clear that Netanyahu cannot put together a government. We must do everything possible to form a government of change and, as I have said previously, ego will not get in the way.” What Saar means is that he will do anything he can, including setting his personal ambitions aside, in order to bring about the scenario that half the Israeli public yearns for: Benjamin and Sara Netanyahu packing their bags and moving out of the official residence on Jerusalem’s Balfour Street.

A tremendous number of Israelis has come to despise Netanyahu over his term as Israel’s longest-serving premier. For 15 years, he has repeatedly expelled or pushed away leading Likud figures and anyone else unwilling to bow to his will. During his first term in the 1990s, the exiles included government ministers Dan Meridor, Ronnie Milo, Yitzhak Mordechai and many others. Their departure from the Likud and decision to form the Center Party set the stage for Netanyahu’s defeat by Barak. Saar followed in their footsteps — leaving the Likud, forming a new party to challenge Netanyahu and causing him targeted and destructive damage that stopped him on the verge of victory.

Saar had intended for New Hope to be the authentic Likud, the party led by the late Prime Minister Menachem Begin that espoused liberal, dignified values. Saar’s sponsors included prominent former Likud politicians from a bygone era — former Knesset member Benny Begin (the son of), former Ministers Limor Livnat and Michael Eytan and others. It was supposed to present an alternative to Netanyahu’s messianic Likud centered largely on a cult of personality and a conservative-religious core.

Saar’s prospects of success were not great. Netanyahu still enjoyed widespread popularity on the right, and the amazing coronavirus vaccine rollout he orchestrated in the lead-up to the elections created a sense that he would once again climb out of the abyss and onto the winner’s podium.

That did not happen. Many Likud supporters simply stayed home. In interview after interview, they expressed exhaustion with the unending election cycles. Netanyahu failed to enthuse them as he did in the past. Some voted for Saar, others for Bennett, and many simply stayed away. Turnout in the traditional Likud stronghold cities declined markedly, reflecting a sense of indifference or acceptance.

Anyone else would have viewed these developments as a clear signal that it was time to go home. Any other leader would have launched secret talks with the state prosecution on a quick plea deal over his corruption indictment and retired from political life. Netanyahu is not any other leader. He is the man who never gives up and there is no knowing what he might pull out of his sleeve in the coming weeks. He has been dealt a painful punch, he is licking his wounds, but he still standing in the ring.