Former minister Gideon Saar takes a huge political risk by announcing he is quitting the Likud and forming a new right-wing movement. 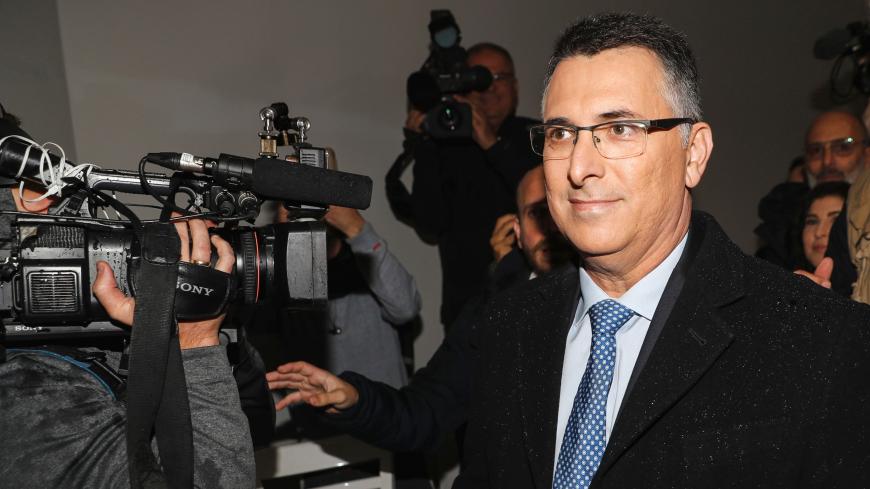 Israeli Knesset member Gideon Saar arrives in the coastal city of Tel Aviv to cast his ballot during a primary to elect the Likud party chairman on Dec. 26, 2019. Saar was defeated in his quest to oust Prime Minister Benjamin Netanyahu from the party leadership. - JACK GUEZ/AFP via Getty Images

In the late morning hours of Dec. 9, former minister Gideon Saar presented himself at the Knesset speaker’s office to hand in his resignation. Just 12 hours earlier, the veteran lawmaker had dropped a bombshell announcing at a press conference on Facebook his intention to quit the Likud and run against Prime Minister Benjamin Netanyahu.

Saar told the journalists waiting outside the speaker’s office, “I will return in the 24th Knesset as the head of a large political force that will replace the government.”

It is too soon to say whether Saar, for years considered Netanyahu’s natural Likud successor, will accomplish his stated goal of toppling from power Israel’s longest-serving prime minister. However, the political right, in general, and the Likud especially, are clearly being buffeted by storm winds and facing great uncertainty.

For Hendel and Hauser, the right-wing flank of the centrist Blue and White party, Saar is a natural ally. A right-wing ideologue, his affiliations with the settlers and the religious parties indicate the direction of the new Likud Saar intends to form. His plan is ambitious, but Saar seems to believe that he stands a chance of being a dark horse winner in the next elections in an era of declining political party power (and given the Likud’s transformation into Netanyahu’s instrument for political survival).

Saar, who unsuccessfully challenged Netanyahu in last year’s Likud primaries, has apparently concluded there is no chance of usurping him in the Likud. Saar's decision will result in splitting the right-wing vote among several parties vying for leadership of the bloc, and will also erode support for centrist parties such as Blue and White and Yesh Atid, as reflected by a new poll.

Saar, who turned 54 Dec. 9, is not the only right-wing politician eyeing Netanyahu’s perch. Yamina party leader Naftali Bennett, Yesh Atid leader Yair Lapid and, of course, Blue and White leader Benny Gantz are all self-declared contenders. One undeclared contender who has been the target of heated speculation in recent weeks is Lt. Gen. (res.) Gadi Eizenkot, a former army chief who is said to be leaning toward joining or forming a centrist-oriented political platform.

This is yet another key moment of Netanyahu’s long rule. Unlike the three elections in 2019 and 2020, the next time he will no longer have a united religious-right bloc behind him, having alienated Bennett and having essentially led to Saar's eviction from his political home. Netanyahu is now facing powerful forces, on both the right and the left, determined to unseat him even as he faces a criminal trial and is mired in the coronavirus-induced health and economic crisis. Netanyahu has shown phenomenal abilities to extricate himself from seemingly impossibly tough political corners over the past two years, but Saar could be the prime minister's undoing, bringing together the “Anyone but Bibi” factions on the right and the left to remove him from office.

Netanyahu has so far avoided responding to the dramatic development, instead sending his senior party hench-people to attack Saar as a traitor.

While Saar was handing in his resignation, Netanyahu was at Ben Gurion International Airport to welcome the first shipment of Pfizer’s coronavirus vaccine, declaring he would take the first injection. His priority now is to prove his total commitment to eradicating the epidemic and dealing with its repercussions, and that will also likely be the tone of his next campaign — the responsible adult and the greatest statesman of his generation.

However, Saar’s move is unlikely to leave Netanyahu unconcerned. The prime minister has regarded Saar as a threat in recent years, accusing him of plotting with his greatest nemeses, among them Yisrael Beitenu party leader Avigdor Liberman. Saar’s star in the Likud has been fading ever since his failed primaries run against Netanyahu, who made sure to humiliate Saar further by leaving him out of the current government. Netanyahu might well have been pleased that his uncrowned successor and popular politician has left the field clear of challengers from within, but Saar has created a new external threat that cannot be dismissed.

Saar is the latest in a long line of senior Likud members to abandon the party under Netanyahu and branch out on their own, chief among them former Finance Minister Moshe Kahlon and former Defense Minister Moshe Ya’alon. Looking back, once can clearly see how Netanyahu has methodically dismantled political power centers and thereby managed to survive.

Saar is considered a sophisticated politician well-connected to ultra-Orthodox circles and media personalities. He has served as Netanyahu’s Cabinet secretary and as a minister in Netanyahu's governments. Saar had Netanyahu’s ear for years and was entrusted with conducting coalition negotiations on his behalf. Saar has seen up close and personal how Netanyahu destroys rivals, yet decided to take the plunge. Why now?

First of all, another round of elections appears likely in March due to the crisis between the Likud and its Blue and White government partner, after which Saar will be no closer to joining the government than he is now. Saar, who always believed the path to the premiership ran through the Likud, saw a whole generation of Likud ministers bypassing him and gaining popularity with the party rank and file, and calibrated a new course. However, it appears that more than anything, Bennett’s surge in the polls in recent months that placed him as the leading right-wing challenger to Netanyahu made Saar realize that unless he acts now, he could be wiped out.

Saar is taking considerable risks. First, it is unclear how much voter support he will garner and to what extent he will hurt the Likud. On the other hand, he is increasing the prospects of Netanyahu’s defeat. Even if Saar does not replace Netanyahu, just toppling the prime minister would offer Saar some taste of sweet revenge. And finally, there is another scenario. Faced with this threat, Netanyahu and Gantz could decide to stick together despite it all in order to block Saar. They could decide to put off the elections for a long time, leaving Saar at risk of losing his momentum.