Egypt’s top fatwa authority, Dar al-Ifta, launched on Feb. 17 a hashtag to promote birth control and family planning methods to give a boost to government efforts to control the rapid population growth by providing a religious cover. 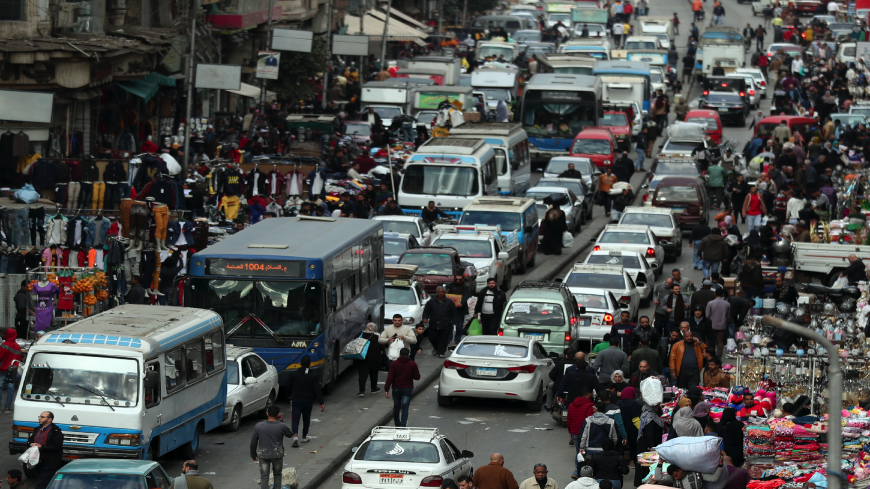 A picture shows on Feb. 11, 2020, a general view of al-Atba district of the Egyptian capital, Cairo. Egypt's population has reached 100 million, the statistics agency said, highlighting the threat of overpopulation in a poverty-stricken country where many live in crowded megacities. The North African country retains its position as the most populous Arab nation and Africa's third most populous country behind Ethiopia and Nigeria. - MOHAMED EL-SHAHED/AFP via Getty Images

The effort came a day after President Abdel-Fattah al-Sisi renewed calls for curbing an increasing population that is growing faster than the economy can support.

The fatwa authority says the hashtag, “Birth Control is Permissible,” aims to show that family planning and birth control methods are religiously allowed under religious teachings.

“There is no religious text that bans birth control whether for a necessity or as an improvement,” Dar al-Ifta said in a post on its Facebook page. Most Egyptians believe that birth control methods are religiously banned.

“The population increase is a major issue that affects the intellectual and national security and requires a decisive solution to help avert the economic crises resulting from it,” Allam said. “It is also because this issue is linked to some misconceptions that regulating births contradicts with the divine will.”

A country of more than 100 million, Egypt is the most populous nation in the Arab world and the third-largest in Africa, according to official statistics agency CAPMAS. Government estimates show that Egypt’s population grew by 2.3 million in 2020.

“There is no religious rule whatsoever that prevents birth control,” Omar al-Wardani, secretary-general of Dar al-Ifta, told MBC Masr Channel. “On the contrary, multiple pregnancies harm the health of women and multiple children leave the parents unable to raise and educate them well.”

On Feb. 16, Sisi warned that soaring birth rates were wasting all gains of economic development. “Living conditions are not improving, and the Egyptian people will not notice a significant improvement until the population growth rate is brought under control,” Sisi said in televised statements during the inauguration of a number of health care facilities.

Sisi said improving living conditions amid the rising population will cost the state $1 trillion. “The population growth must be proportional to the resources available to the state,” he said. “Citizens will not feel the impact of public spending on national projects and infrastructure unless annual population growth is cut to 400,000 people.”

“Why would you give birth to a child you are not able to feed and do not know how they would be employed? The outcome is 50% living in slums and building residences on agricultural land,” Sisi said. “You overwhelm yourself and the state, then you revolt and the series of destruction goes on.”

Sisi, however, said his government will not issue severe legislation to reduce the population growth. “We are working on a program to confront the population increase and provide the services required for this issue.”

In September, the Egyptian government launched a family planning campaign called “Two Is Enough,” in an effort to change the deep-rooted cultural traditions in high-fertility governorates, where people view children as a vital labor source and an insurance policy for old age.

Minister of Planning and Economic Development Hala al-Saeed said the current fertility rate in Egypt continues at an average of 3.4 children per woman. “The population grew at a rate of 194,000 births per month, 6,480 births per day and one birth every 13 seconds," Saeed said. “If this rate continues, the population will reach 130 million citizens by 2032.”

The minister said if the current fertility rate continued until 2052, the number of students in pre-university education would reach 40.4 million from the current 23 million, which would require providing 1.8 million teachers, 1.7 million classrooms, four times the current capabilities.

"High rates of population growth affect the results of development efforts and negatively impact the citizen's standard of living and quality of life,” Saeed warned.

The Egyptian economy has been hard hit by the COVID-19 pandemic, almost collapsing the tourism sector, which is the main source of foreign currency. Preventive measures taken by the government such as cutting interest rates and stimulating businesses, however, have made the economy more capable of containing the negative impact of the coronavirus.

According to the World Bank, strong local consumption in Egypt had helped balance weaker tourism and investment revenues, making the COVID-19 crisis less severe than expected. “Measures taken to address health and social needs and support the sectors most directly affected by the crisis appear to have helped mitigate the impact of the shock,” it said.

Hoda El-Mallah, director of the International Center for Economic Consulting and Feasibility Studies, believes the population increase becomes a burden on the economy in the absence of good education.

“Increasing population becomes a blessing when it is accompanied by good education, good health and availability of resources, but this is not the case in Egypt where there is a high rate of illiteracy in the country’s rural areas,” Mallah told Al-Monitor.

She said political unrest in Egypt in 2011 and 2013 and the COVID-19 crisis have added more pressure on the Egyptian economy, requiring the government to seek urgent solutions to the population growth. “Although Egypt has embarked on major infrastructure and road projects, these projects have yet to yield returns.”

Mallah believes that promoting small- and medium-sized businesses can be a perfect tool to absorb the current population increase in Egypt. “Until the government’s campaign for birth control pays off, the authorities need to encourage small businesses to help create more jobs for the people and revive the economy.”

Taha Abou Hussein, a professor of sociology at the American University in Cairo, believes that religious beliefs hinder the success of any government efforts to curb the population growth in Egypt.

“Calls for birth control in Egypt are always resisted by the people, as many Egyptians believe that these calls are meant to change religious constants,” Abo Hussein told Al-Monitor over the phone.

He noted that most Egyptians also think the population increase is not the mother of all evils in Egypt. “This all leads many Egyptians to think that the calls for birth control are nothing but a kind of harassment and restriction by the authorities and the result is that the people never heed these calls to curb the population growth,” he added.