Two is enough: A fix for Egypt’s overpopulation

Egypt’s Ministry of Social Solidarity, in coordination with the Ministry of Health, announced the launch of a population control program targeting 1.3 million Egyptian women. 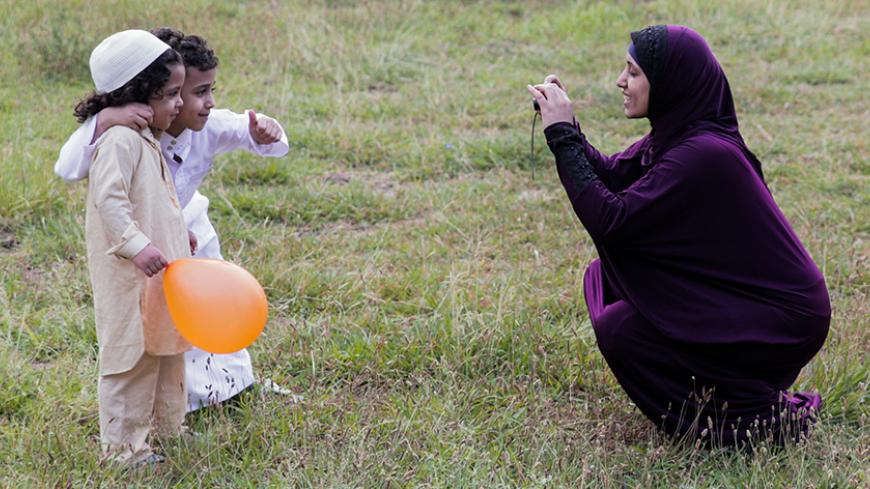 An Egyptian woman takes a picture of children at the end of prayers on the first day of the Eid al-Fitr holiday that marks the end of the holy fasting month of Ramadan in Cairo, Egypt, June 25, 2017. - SAMER ABDULLAH/AFP/Getty Images

At the conference, Wali said the program targets 1.3 million mothers who are younger than 35 years old and have one or two children. These women are the beneficiaries of the ministry’s income support program Takaful and Karama.

In coordination with the Ministry of Health and Population, the Itnein Kifaya program aims to raise Egyptian women’s awareness on the need to curb population growth through workshops, conferences and door-to-door activities. The program also includes the distribution of birth control methods to the targeted 1.3 million mothers to encourage them to have only two children.

In statements to Extra News Channel on June 14, the head of Egypt's Central Agency for Public Mobilization and Statistics (CAPMAS), Maj. Gen. Abu Bakr al-Gendy, said “the population growth rate in Egypt is 2.3% per year, with 2.7 million births every year and 500,000 deaths; this means that the population is growing by around 2.2 million people every year.”

Egypt, which long saw its fertility rate drop, has seen it rise in recent years.

In his speech at a ceremony celebrating International Population Day at the Ministry of Health on July 30, the Minister of Health and Population Ahmed Emad el-Din Rady announced the launch of the new population growth control strategy. The minister said Egypt’s current total fertility rate is 4 and warned that by 2030 the country’s population may reach 128 million if the strategy is not implemented.

Rady said the strategy’s objective is to reach a total fertility rate of 2.4 children per woman in order to limit the population to 112 million people by 2030. He said the mechanisms of this strategy depend on the need to reduce population growth rates while taking education and literacy issues into consideration in some governorates as well as the economic and educational empowerment of women.

Ayman Zohry, a population and migration studies expert, told Al-Monitor there were various factors behind the increase of population growth rate in Egypt since toward the end of the Hosni Mubarak era and after the 2011 revolution. Zohry said this is mainly due to the decline in health services, including reproductive health as well as the state’s neglect of family planning methods, including the lack of training of physicians on these methods. He also said, “Uncontrolled birth was a means of expression [by the people] against the Mubarak regime. The rise of the Muslim Brotherhood was also one of the reasons explaining the high rate of population growth in light of a reduced age of marriage … and other phenomena such as the prohibition of birth control methods.”

The bill is expected to be discussed during the third session, which begins Oct. 5. It aims to deny families who have more than three children the services provided by the government, such as education in government schools and other subsidized goods and public services.

Ajami told Al-Monitor, “The Ministry of Solidarity’s program aimed to limit the number of children to two only is very similar to the bill that I submitted to the government that deprives families with more than three children of government support. The bill stresses the need for state pressure on families to pay attention to the dangers of population explosion. Citizens are highly attentive to issues related to government support, which can be an effective pressure tool.”

She added, “It is important that all state agencies join forces with civil society organizations in order to face population growth, which will have serious implications on the country's development and the future of coming generations. It is also important to raise awareness on this matter and persuade families to have two or three children at most.”

Zohry said, “The dangers of overpopulation are mainly related to the deteriorating economic conditions in Egypt. A population increase of about 2.5 million per year is a significant increase and the state must interfere to limit it.”

He said, “Positive changes resulting from government efforts will be slow, but this does not preclude the necessity of dealing with population growth as a matter of national security.”