Iran and March 23 elections are top of mind for Israeli prime minister; can the US and Iran find common ground in Yemen?; Egypt’s diplomatic surge hopes to catch Biden’s eye; why did Rouhani mention UNSCR 598? 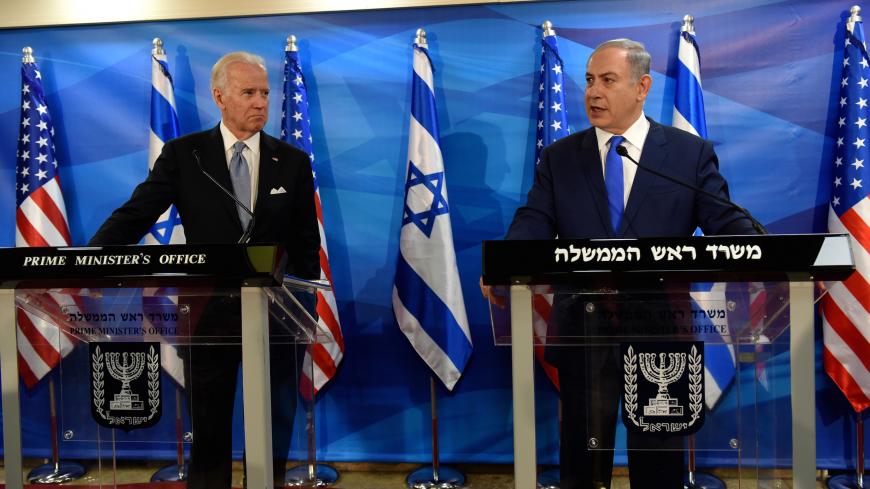 Israel: Why it matters that Netanyahu and Biden haven’t talked

As we go to press, US President Joe Biden and Israeli Prime Minister Benjamin Netanyahu haven’t had a conversation since Biden took office on Jan. 20.

No worries, says Blinken. US Secretary of State Antony Blinken downplayed that gap, noting that they spoke during the transition and expect to connect soon. Blinken added that he and other senior members of the Biden administration are in touch with their Israeli counterparts.

Blinken also said this week that the Biden administration accepts the Donald Trump administration's decision to recognize Jerusalem as Israel’s capital. In Congress, there is an amendment to the COVID relief bill to make that permanent.

The Trump administration's controversial decision to recognize Israeli sovereignty over the Golan Heights may be a different matter. Blinken said the United States might “look at” that decision if the situation in Syria were to change. Netanyahu personally responded that the Golan will remain “forever a part of the State of Israel.”

Our take. Netanyahu needs the call with Washington more than Biden needs a call with Bibi. The prime minister faces a possible close election on March 23 and would like to show off his personal connection to the US president, whom he has known for decades. That Biden isn’t calling is also noticed by the Israeli electorate and by Netanyahu’s opponents. Part of Netanyahu’s campaign is his role as statesman, peacemaker and architect of the most solid US-Israel relationship ever – at least during the Trump administration. Israel’s agreement to normalize relations with four Arab countries occurred during the homestretch of the US presidential election. Biden also looks to show he is steadfast on the threat from Iran by making a direct appeal to Biden on why the United States should not re-enter the nuclear deal with Iran.

“The March 23 elections are looming, and if cornered politically, Netanyahu will presumably abandon his commitment to a calm dialogue with Washington and embark on fiery rhetoric and threatmongering against Iran,” writes Ben Caspit. “Iran has served in the past, and continues to do so, as one of Netanyahu’s strongest electoral cards, and he will not let any possible dialogue with Biden sway him from using it once again.”

Read more: Ben Caspit and Mazal Mualem have the latest on how Israel’s elections, the COVID-19 pandemic and Netanyahu’s corruption trial are influencing his decisions on all fronts.

US-Iran-Yemen: Can US, Iran agree on world’s worst humanitarian crisis?

Nuclear standstill. Biden and Iran Supreme Leader Ayatollah Ali Khamenei this week each made clear that the other side needs to go first in reentering the Iran nuclear deal. Iran wants the United States to revoke all Trump administration sanctions on Iran; the United States wants Iran to get back in compliance by reducing its production of highly enriched uranium to the limits in the Joint Comprehensive Plan of Action (JCPOA), the official name for the nuclear deal.

Yemen first? With the nuclear question at a seeming standstill or in need of some creative diplomatic choreography, there may be a chance that Yemen could provide common ground to build confidence. Let’s review these events of the past week:

-Jan. 27:  In his first press conference as Secretary of State, Blinken says he is "particularly focused on the question of sanctions on the Houthis," and takes steps to delist it as a terrorist group in order to facilitate humanitarian assistance.

-Feb. 4: In his first foreign policy speech as president, Biden announces that the United States is “stepping up … diplomacy to end the war in Yemen” and ending support for Saudi-led offensive operations. Blinken announced the same day that he had appointed Tim Lenderking as the US special envoy to Yemen.

-Feb. 8: In Tehran, Iran Foreign Minister Mohammad Javad Zarif tells UN Special Envoy for Yemen Martin Griffiths that “Tehran is fully prepared to support any effective role played by the UN in settling the crisis considering the very difficult conditions caused by the war and economic siege imposed on the people of Yemen.”

-Feb. 10: In Riyadh, Lenderking met with Foreign Minister Al-Saud and (as we go to press) is planning to meet with Griffiths and leaders of the Yemeni government.

Our take: The Biden administration’s priority to ending the war in Yemen, deemed by the UN as the world’s worst humanitarian crisis, could provide a confidence builder with Iran as the two sides seek an alternative to the current standstill in nuclear talks. The UN rubric matters for Iran; it provides a kind of political cover to address Yemen without such diplomacy being seen as a quid pro quo with the United States. If there is traction, Yemen can also provide context and a toe in the water for further regional security discussions (see below).

Words and Deeds: But the burden in Yemen is on Iran; Ansar Al-Islam (Houthi) forces  attacked Abha International Airport in Saudi Arabia today and damaged a civilian airliner. Zarif may have said all the right things to Griffiths, but words need to match deeds. Iran can’t have it both ways, and the people of Yemen deserve a reprieve.

Listen: Check out my podcast conversation here with Mohsen Milani on Iranian politics and foreign policy, including why Yemen may indeed be a good start for US-Iran diplomacy on regional security.

Egypt: Is Cairo positioned to be ‘kingmaker’ in Palestinian politics?

All roads to Cairo. Egypt’s President Abdel Fattah al-Sisi is well-positioned to be the broker of any eventual Israeli-Palestinian peace process. With good relations with both Israel and the Gulf Cooperation Council, no other Arab country has the diplomatic heft to guide a new round of Israel-Palestinian diplomacy — if that’s even possible. But it definitely isn’t possible without Egypt.

The Munich Group. The effort was launched last year among the foreign ministers of France, Germany, Egypt and Jordan on the sidelines of the Munich Security Conference. The engagement has picked up in recent weeks, with further meetings among the group, as well as following the “reconciliation summit” of the Gulf Cooperation Council in Saudi Arabia in January, which laid out a framework for ending the rift between the kingdom, the UAE, Bahrain, Egypt and Qatar. There are now the makings of a mostly united Arab front, with Egypt in the lead, for another round of Israeli-Palestinian diplomacy.

Sisi also waiting on a call: Daoud Kuttab makes the case here that Sisi’s effort to be kingmaker on Israeli-Palestinian issues is in part directed at the Biden administration to reinforce Egypt’s decadeslong partnership with the United States in the region. Egypt may come under more scrutiny for human rights with Biden than it did under Trump, as Elizabeth Hagedorn reports. Like Netanyahu, Sisi is waiting on a call from Biden.

Listen: For more on US-Egyptian relations and Egypt’s foreign policy, check out my podcast conversation last week with Motaz Zahran, Egypt’s ambassador to the United States.

In case you missed it: What did Rouhani mean by ‘UNSC Resolution 598’?

On Feb. 9, Iran President Hassan Rouhani said "Iran is ready to talk with all countries in the region and its neighbors, especially the Persian Gulf littoral countries, from Iraq to the six southern countries in accordance with UNSC Resolution 598, and settle regional problems and issues."

UN Security Council Resolution 598 is the cease-fire resolution that ended the Iran-Iraq War in July 1987. Section 8 requests the secretary-general examine, in consultation with Iran and Iraq and with other States of the region, measures to enhance the security and stability of the region.

The take here is that Iran expects any eventual regional security discussions will be under the auspices of the UN secretary-general.

The quarterly reports of the Department of Defense Inspector General on Operation Inherent Resolve, the military campaign against the Islamic State in Iraq and Syria (ISIS), reports that while Iraqi security forces are doing the bulk of the fighting and winning against ISIS, the Syrian Democratic Forces “relied completely on coalition air support, including intelligence, surveillance and reconnaissance, during most of its operations against ISIS.” You can read the report here.