The United States can also play a key role in diplomacy to end wars in Syria and Libya. 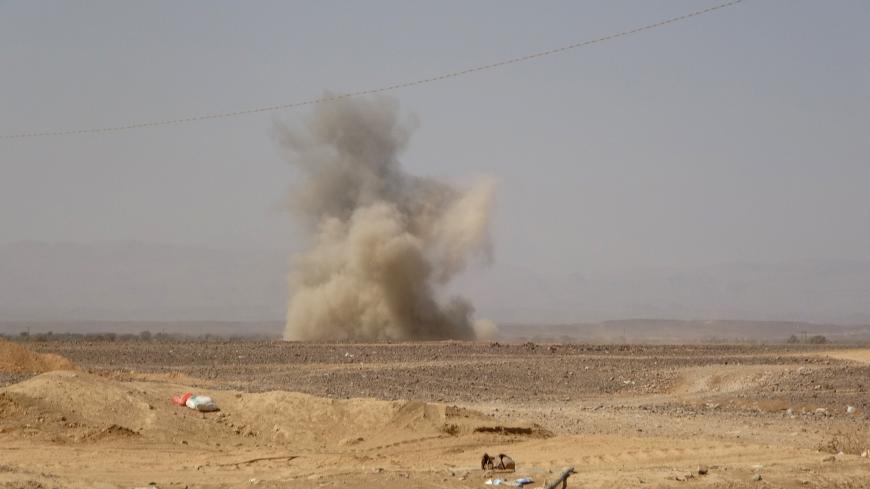 The Biden administration is giving top priority to ending the brutal war in Yemen, appointing a special envoy, Timothy Lenderking, who is already in full diplomatic surge.

Yemen has been dubbed the worst humanitarian crisis in the world by the United Nations. US leadership may be what it takes to get some traction for a peace effort that badly needs a boost. The same could be said for the wars in Syria and Libya.

Three of seven high intensity conflicts are in the Middle East

For the new administration, helping to end the Syria and Libya wars, as well as Yemen's, would be a further sign that “diplomacy is back,” a goal of US President Joe Biden. The Middle East’s three running wars have been nothing short of catastrophic for those countries and the region. In the World Bank classification of states in fragile and conflict-affected situations, Yemen, Syria and Libya fall into the top, high "intensity" conflict category, meaning those battle-torn countries with the greatest likelihood to suffer from deep, chronic poverty (the only other states in this group are Afghanistan, the Central African Republic, Somalia and South Sudan).

• In Yemen, 250,000 lives have been lost since the war began six years ago. And it remains grim. A UN report this week said rapidly deteriorating conditions are “a death sentence for millions of families.” The war began in 2015 with US backing for a Saudi-led international coalition to support the Yemeni government. Since then, Yemen has become the kingdom’s Vietnam — a no-win quagmire with no military solution. Iran backs the Ansar Allah (the Houthis), a penny-stock investment to bleed Saudi Arabia and stain its international standing. The terrorist group al-Qaeda is also active in this blistered landscape. The suffering of the Yemeni people — including famine and disease — is incidental to these calculations, or so it seems.

• In Syria, approximately 500,000 people have been killed and about half the population displaced in the 10-year war, according to a UN report this month. The Syrian economy has “suffered multiple shocks,” including rising food insecurity and stunted growth and development in children, according to UN humanitarian chief Mark Lowcock. The Islamic State and various al-Qaeda progeny continue to terrorize civilians, and then there are the human rights abuses of the Syrian government. The United States, Russia, Iran, Turkey and Israel are all engaged militarily, backing the Syrian government or various armed groups, or via direct military action.

• In Libya, as many as 43,000 have been killed since a US-led NATO bombing campaign backed an insurgency that overthrew former Libyan dictator Moammar Gadhafi. Of Libya’s 7 million people, 392,000 are displaced and 1 million are in need of assistance, as we wrote here earlier this month. Libya’s health system is in disrepair and water and electricity are sometimes unavailable for up to 18 hours a day, according to the UN.

In their call Feb. 25, Biden and Saudi King Salman bin Abdul-Aziz Al Saud discussed the “renewed diplomatic efforts” to end the war in Yemen. Lenderking has been in the kingdom this week, his second trip since taking the job barely three weeks ago. The State Department tweeted that the Yemen war “cannot be resolved without Saudi support,” calling the kingdom a “critical partner.”

Syria diplomacy could use an assist

In Syria, the diplomatic three-dimensional chess is even more complicated. The United States and Turkey are at odds over the Syrian Kurds, as we explained here last week. The UN Security Council, which depends on US-Russia collaboration, hasn’t been effective on Syria, and the so-called Astana group (Russia, Iran and Turkey) seems content with a stalled political process that leaves the group’s various proxies in place. When UN Syria envoy Geir Pedersen said last month, “We can’t continue like this,” it could have been read as a plea to the Biden administration to step up its diplomatic engagement to counter the Astana bloc.

As in Yemen, the endgame in Syria very likely will depend in good part on US-Iran relations and the fate of the Joint Comprehensive Plan of Action, or Iran nuclear deal. The Biden administration has an envoy for Iran as well — Robert Malley. The focus with Iran has been primarily on finding a way to restart the negotiations on Iran’s nuclear program, but the region, including Syria and Yemen, won’t take a pause in the meantime.

Khaled al-Khateb reports from Syria that Iranian militias are increasing their presence and influence in Deir ez-Zor province in eastern Syria by enlisting more Syrian elements into their ranks, while intensifying their religious, military and cultural activities.

US diplomacy will ultimately require compromises with adversaries, such as Russia and Iran, backed up by military force, as we saw Feb. 25, when the United States struck Iran-backed militias in Syria in retaliation for the attack last week in Erbil, as Jared Szuba reports.

Libya’s situation is somewhat more promising, as we report here, but depends on Turkey and Russia withdrawing their militias. While perhaps not considered as much of a priority as Yemen or Syria, the United States has history in Libya. It was the acting UN Libya envoy, Stephanie Williams, an American, who brokered the pivotal cease-fire in October, succeeding where her predecessors failed. She stepped down from the post this month.

Egypt’s pivot from backer of Khalifa Hifter to supporter of the UN peace process was instrumental in securing the agreement. US Secretary of State Antony Blinken, in his Feb. 23 call with Egypt Foreign Minister Sameh Shoukry, stressed the importance of a “strong strategic partnership,” including support for UN peace negotiations in Libya, continued dialogue on human rights, Israeli-Palestinian talks and counterterrorism cooperation in Sinai.

A commitment to ending the region’s wars, starting with Yemen, is a way of saying “diplomacy is back” in a big and impactful way. Success will depend on even stronger regional partnerships, as well as choreographing how to engage Iran on Yemen, Syria and other flashpoints beyond the nuclear issue. The United States and Russia, in particular, will need to find common ground to reactivate the UN Security Council, especially in Syria, and to deal with Iran’s nuclear program.

Of course, the new administration can’t take on everything at once, and all three cases could reasonably be placed in the “too hard” file. But the benefits of such an approach are both strategic and humanitarian, and the people of Yemen, Syria and Libya desperately need hope.