What can Turkey expect from Qatari-Gulf deal? 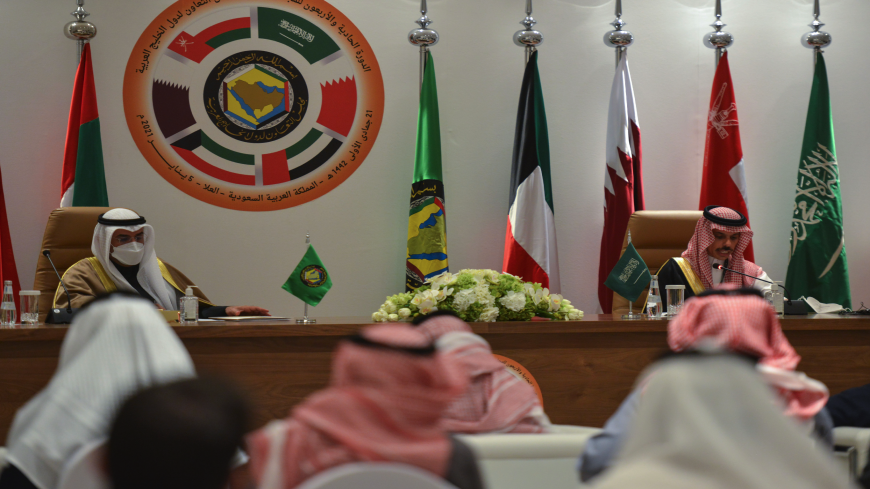 Saudi Foreign Minister Faisal bin Farhan al-Saud (R) and Secretary-General of the Gulf Cooperation Council Nayef bin Falah Al-Hajraf, hold a press conference at the end of the GCC's 41st summit, in the city of al-Ula in northwestern Saudi Arabia on Jan. 5, 2021. Gulf leaders signed a "solidarity and stability" deal after the leaders of Saudi Arabia and Qatar publicly embraced, bringing Doha back into the regional fold after a three-year rift. - FAYEZ NURELDINE/AFP via Getty Images

The Kuwaiti emir’s proposal to end the more than three-year-old Qatar blockade was accepted just as the Gulf Cooperation Council summit started on Jan. 5 in the historic city of al-Ula, Saudi Arabia. All four states — Saudi Arabia, the United Arab Emirates, Bahrain and Egypt — that endorsed the blockade against Qatar gave up on their 13 original conditions. Doha has fully recovered its position and has managed to diversify its security and trading partners.

“We may never know the exact feelings of [Turkish President Recep Tayyip] Erdogan while watching [Saudi Crown Prince Mohammed] bin Salman hug Erdogan’s good friend [Qatar Emir Sheikh Tamim bin Hamad] Al Thani, but it was not a surprise. Ankara was expecting and preparing for this. We welcome al Ula Declaration as the good first step for Abu Dhabi to acknowledge its mistakes,” a senior Justice and Development Party (AKP) bureaucrat working for the Ministry of Defense told Al-Monitor.

Indeed, on Jan. 4, even before the UAE and Saudi Arabia opened their airports, land and seaports to Qatar, the Turkish Ministry of Foreign Affairs issued a statement welcoming the decision and hoping for a permanent and extensive resolution to the conflict between the parties.

In December 2019, I wrote about Ankara’s concerns on Saudi-Qatari reconciliation. After the al-Ula Declaration, although some still debate if the end of the blockade will harm the Turkish-Qatari friendship, this is not a likely outcome in the near future. Ankara is aware that the codependency generated by the blockade will ease, but it aims to turn this shifting balance to its own advantage. The Al-Ula statement is expected to contribute to the thawing of relations between Ankara and Riyadh.

Aykan Erdemir, senior director of the Turkey program at the Foundation for Defense of Democracies, told Al-Monitor, “The Saudi-Qatari detente provides Turkey an opportunity to intensify its efforts to repair relations with [Saudi Arabia] and Egypt. The Erdogan government has been eyeing a similar detente with Riyadh and Cairo to break free from Ankara’s growing isolation in the region, to boost Turkey's foreign trade hit by an unofficial Saudi export ban against Turkish goods, and to earn the goodwill of the incoming Biden administration.” That said, Erdemir also raised a red flag that the end of the blockade against Doha does not mean Ankara will now be on better terms with Cairo and Abu Dhabi.

Indeed, Cairo sent Foreign Minister Sameh Shoukry to the summit at al-Ula, signaling its reservations about the end of the blockade. Egypt’s concerns focus on Qatari and Turkish support for the Muslim Brotherhood. Egypt, Saudi Arabia and the UAE consider the Muslim Brotherhood to be a terrorist organization.

At the end of the blockade, it seems the UAE and Saudi Arabia find themselves prioritizing their top threat concerns. Ankara observes that Riyadh’s focus is back on Iran, whereas for Abu Dhabi Turkey remains a major rival.

Ankara acknowledges that al-Ula does not alter the challenge the UAE poses to the Turkish presence in the region. From Somalia to Nagorno-Karabakh, Turkey is alert regarding the UAE presence.

Kristian Coates Ulrichsen, a fellow for the Middle East at Rice University’s Baker Institute for Public Policy, told Al-Monitor, “It is still too early to tell whether or how the al-Ula agreement may reshape issues such as the UAE-Turkey dynamic, but my initial assumption is that the fault lines that have arisen between the UAE and Turkey are largely separate from the Qatar-UAE relationship, and as such, I don't expect that the resolution of the blockade, at least on paper, will have an immediate impact.”

When asked about how the al-Ula Declaration might affect Turkish-Iranian relations, Behnam Ben Taleblu, a senior fellow for the Foundation for Defense of Democracies, told Al-Monitor, “Beyond an attempt at unity to better offset the Islamic Republic, it is unclear how, if at all, the end of the Qatar blockade will impact Iran’s relations with Turkey, which, like Qatar, also supports the Muslim Brotherhood in the region. Tehran has long been able to stovepipe and manage its cooperation and competition with Turkey, widening and narrowing the lanes when tactically expedient. The same is true for Erdogan’s Turkey.”

That said, both Doha and Ankara feel the cost of their support for the Muslim Brotherhood. Watching Al Jazeera Arabic in the last week, for example, gives some clues. There are subtle signs such as pro-Saudi commentators appearing on the channel. Although Qatar came out of the blockade stronger, it did not opt to leave the GCC as it once threatened to do. Ankara also views that with the Abraham Accords and a new administration in Washington, it may need to scale down on its support for the Muslim Brotherhood and mend bridges with Israel and Saudi Arabia.

The Muslim Brotherhood is likely to be the most challenging issue for the next couple of years. Gradually, Istanbul became a safe harbor for exiled Muslim Brotherhood members, inevitably influencing the thinking of local elites. These people are now teaching the Quran, preaching Islam but also performing other jobs such as journalists broadcasting in Arabic. Yet some change is imminent as talk of Hamas members returning to Damascus is now considered normal in Ankara. Turkey’s Islamists were jubilant in 2012 when Hamas left Damascus, but today quietly they have accepted the fact that some sort of normalization with Israel would require less cooperation with Hamas.

A prominent scholar of fiqh (Islamic law) who resides in Istanbul told Al-Monitor that “some senior members of Egyptian [Muslim Brotherhood] left Istanbul. A few younger ones fear they may be repatriated to Cairo, but most know Erdogan will not sacrifice them easily because this is a cause he believes in.” And that is the most important detail here: The Muslim Brotherhood’s cause is one that Erdogan and his top men will continue to support, even if they might have to scale down public appearances.