Charity workers say poverty in Turkey has reached unprecedented proportions amid the COVID-19 pandemic, as the government lacks the means to offer meaningful relief. 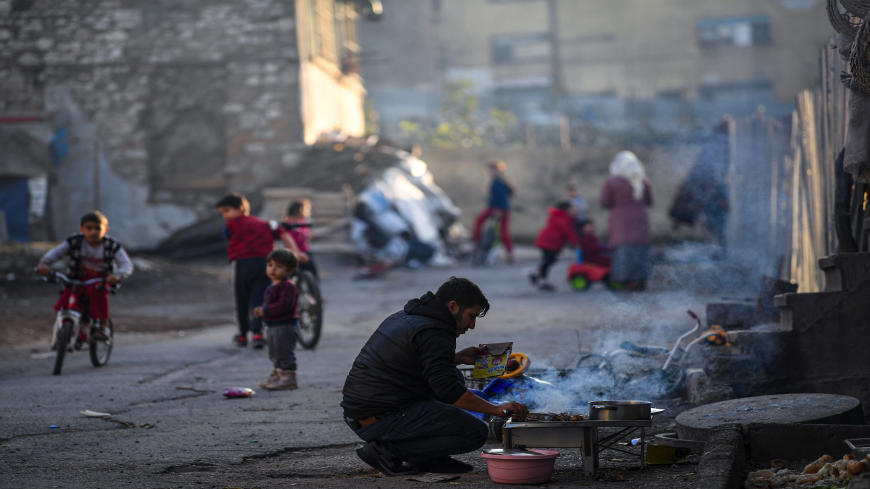 A man barbeques meat in a street near the Suleymaniye mosque in Istanbul during a week-end curfew aimed at curbing the spread of the Covid-19 pandemic caused by the novel coronavirus on December 6, 2020. - Under the new restrictions beginning from December 1, a curfew will be imposed on weekdays from 9:00 pm. to 5:00 am. Over the weekend the lockdown will last from 9:00 pm Friday until 5:00 am on Monday. - OZAN KOSE/AFP via Getty Images

“We have been helping vulnerable people for two decades, but never before have I seen such poverty.” This is how charity activist Hacer Foggo summarizes the impact of the coronavirus pandemic on the most indigent segments of Turkish society. Foggo, a co-founder of the Deep Poverty Network, a civic initiative helping the poor, speaks of a rising number of people waiting outside groceries for the disposal of bad vegetables and fruits, mothers unable to breastfeed their babies because of malnourishment, and supermarkets installing hook locks on infant formula and other basic items of food. “I’m afraid that we’ll see … families living in the streets in the near future,” she warns.

Poverty in Turkey has both expanded and deepened during the pandemic, which hit at a time when Ankara was already in financial dire straits amid economic turmoil, since 2018.

Official statistics on poverty are available in the yearly Income and Living Conditions Survey of the Turkish Statistical Institute (TUIK), although many experts believe they fail to thoroughly reflect the picture on the ground. According to the 2019 survey, which is the most recent one, up to 17 million people live below the poverty line in the country of 81 million. How the figure has changed during the pandemic remains unknown, but as Foggo notes, alarming signs abound on the ground, especially in Istanbul. In addition to those worst hit, who struggle to feed themselves or pay for accommodation, millions of families are unable to pay for electricity or internet to ensure the remote schooling of their children.

The problem of poverty and income distribution has haunted Turkey for decades. The TUIK surveys provide the main reference for the trends, though they are not fully reliable as they rest on the incomes that families declare and lack any cross-testing methods.

Turkey’s Gini coefficient — a statistical measure used to gauge income distribution, with zero corresponding to perfect equality — stood at 0,395 in 2019, reflecting little progress since 2015, although President Recep Tayyip Erdogan’s government often boasts of elevating living standards in the country. The figure marks a relative improvement from 0,415 in 2009, but the income of the richest 20% in Turkey remains 7.5 times bigger than that of the remaining 80%.

The TUIK surveys classify families as “poor” if their incomes are less than 60% of the median income. Accordingly, the 2019 survey found that 21.5% of families in the country were poor.

The data for the pandemic-hit 2020 will be released in September. Pundits expect a major increase in the impoverishment rate and the number of poor due to a steep increase in unemployment and income losses in low- and middle-income groups, coupled with the government’s failure to extend adequate support to those in need.

Data compiled by the Family and Labor Ministry shows the government’s social welfare assistance totaled about 50 billion Turkish liras, or 1.16% of the country’s gross domestic product (GDP) in 2019. About a fourth of that assistance is in the form of government-paid social security premiums for some 7 million people, which entitled them to free health care. Other major categories include small monthly allowances to about 1.5 million elderly and handicapped people and monthly home care assistance for 514,000 people in need of nursing. Additionally, Ankara allocates funds to district administrations to distribute benefits such as coal for heating and scholarships for university students.

Such welfare programs may be worth only about 1% of the GDP, but Erdogan’s Justice and Development Party (AKP) has keenly publicized them over the years and built a reputation as an exceptionally charitable government. The pandemic, however, has badly shaken that image.

While many governments in developed and emerging-economy countries have braved going in the red to offer substantial grants to both individuals and companies, Ankara’s handouts have been limited to 8 billion liras ($1.1 billion). The sum includes one-off assistance of 1,000 liras (about $145) to 6 million families, followed by another one-off payment of 1,000 liras to 2 million families from funds raised in a national solidarity campaign.

The Unemployment Insurance Fund, meanwhile, has paid 38 billion liras ($5.1 billion) in monthly allowances to about 5 million employees furloughed by crisis-hit enterprises. The government counts those payments as welfare assistance as well and claims that its so-called welfare shield against the pandemic totaled about 46 billion liras ($6.2 billion). Still, the sum amounts to less than 1% of Turkey’s estimated GDP in 2020. This puts Turkey on par with countries such as India, Mexico, Russia and South Africa, while the relief packages of others have reached up to 9% of their GDPs, according to the International Monetary Fund.

With little to offer as direct cash assistance, the AKP government encouraged borrowing by facilitating access to cheap credit, especially in the second half of 2020. This, of course, was of little benefit to the poor, especially those in the grips of “deep poverty.”

Turkey’s official unemployment rate has floated around 12% to 13% during the pandemic. Yet alternative calculation methods, counting in those who stopped actively looking for jobs out of despair or because of pandemic restrictions, put the rate at about 40%, or nearly 10 million people. This alone is a striking sign that poverty in the country is both expanding and deepening.

Erdogan’s government lacks the means for meaningful relief, with public deficits and the public debt stock growing under the impact of other factors. Wary of mounting popular frustration with the government, it has even sought to hamper assistance initiatives by opposition-held local administrations in a bid to prevent them from expanding their outreach at the AKP’s expense. The anger of the poor, however, is growing, amplified by the anger of the new poor. 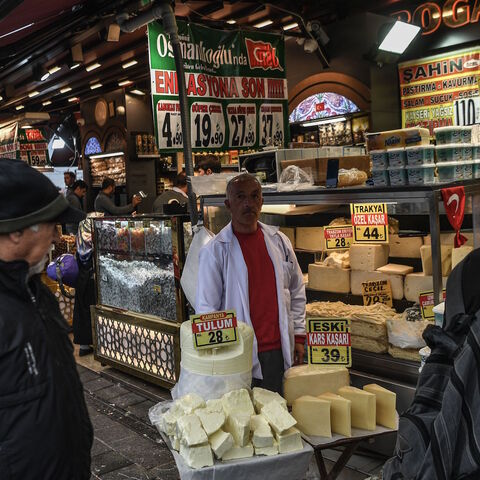