With economic disparities worsening amid the coronavirus pandemic, Turkey’s poverty rate has increased 0.6 points to 21.9% of the population. 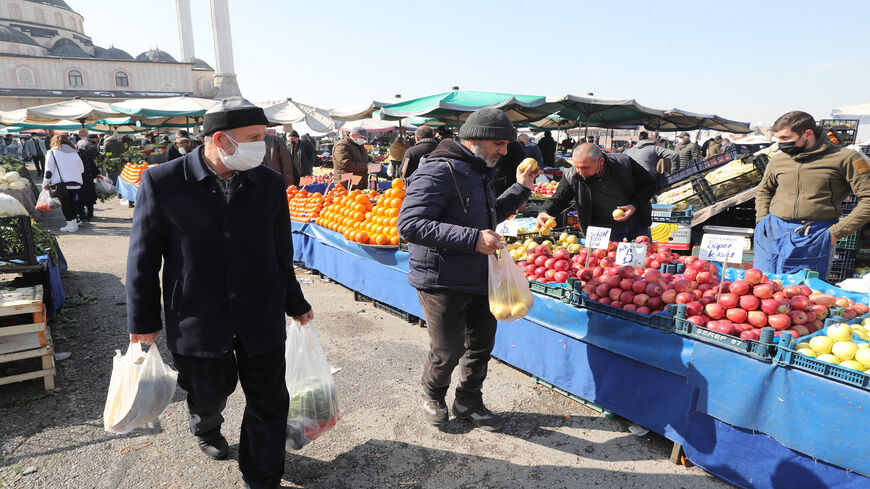 At least 700,000 more people plunged into poverty and the income gap widened in Turkey last year as the coronavirus pandemic aggravated the economic turmoil plaguing the country since 2018, official data show.

President Recep Tayyip Erdogan may brag of continued economic growth despite the pandemic, but the Turkish Statistical Institute’s annual survey on income and living conditions, released June 15, lays bare how economic inequality and poverty deepened in the country last year.

A significant factor behind the widening gaps is Ankara’s failure to fulfil its constitutional duty on social justice during the pandemic, which dealt severe blows to low- and lower-middle-income groups at a time when Turkey’s own economic crisis had already fueled unemployment and inflation. While many governments stepped up social spending at the expense of larger budget deficits and borrowing, Erdogan’s government offered little support to the worst-hit segments of Turkish society, contributing to deepening poverty.

The picture is even more telling in terms of smaller clusters. The income gap between the richest 5% and the poorest 5% of the population widened by 7 points in 2020, with the former earning 30 times more than the latter. A centesimal division would have shown the disparity at its worst, but the statistical institute does not share that data with the public.

The government could have minimized the gap by increasing social welfare assistance to lower income groups, but that was clearly not the case. The income data shows that wages and salaries accounted for 47.1% of total income, increasing by 0.4 percentage points from 2019. Social transfers ranked second, representing 21.8% of total income, but their share decreased by 0.1 percentage points from 2019, even though more people were desperate for support due to pandemic lockdowns. While entrepreneurial income remained unchanged at 17.7%, its breakdown shows that the share of agricultural income shrank 1.7 points to 20.9%.

With economic disparities worsening amid the pandemic, Turkey’s army of poor has grown. According to a poverty threshold set at 60% of median household income, the poverty rate increased 0.6 points to 21.9% of the population, meaning that 17.9 million people in Turkey are now classified as poor, up from 17.2 million in 2019.

The rate of material deprivation has similarly increased. The measure reflects household perceptions about inability to meet unexpected financial expenses, one week's annual holiday away from home, mortgage or rent payments, a meal with meat, chicken or fish every second day and adequate home heating and the ownership of a washing machine, a color TV set, a telephone and a car. The severe material deprivation rate — defined as the rate of people unable to afford at least four of the said items — rose to 27.4% in 2020 from 26.3% the previous year.

The persistent poverty rate — denoting the percentage of the population living in households whose income was below the poverty threshold in 2020 and for at least two of the preceding three years — reached 13.7% on a 1-point increase from 2019. In other words, poverty has ossified for nearly two-thirds of the 17.9 million people classified as poor last year.

As for the government’s pandemic assistance, a report by the Treasury and Finance Ministry, released in early June, states the following: “The economic size of measures implemented as part of the COVID-19 response to alleviate the economic impact of the pandemic totaled 661 billion Turkish liras (11.7% of GDP) as of May 2021. The central government budget, the Unemployment Insurance Fund and the Social Assistance and Solidarity Fund met the 136.7-billion-lira portion of this sum (2.4% of GDP), while newly issued and deferred loans represented 524.3 billion Turkish liras (9.3% of GDP).”

So, the government itself acknowledges that the bulk of what it describes as coronavirus pandemic assistance was, in fact, borrowing and loan repayment facilities, which could hardly count as social welfare support. According to the statistical institute, 58.3% of Turkey’s citizens are saddled with debt other than mortgage or housing costs, with 18.8% describing repayments as “heavy burden.”