Hit by the Turkish lira’s slump against the dollar, economic contraction and decline in real estate prices, Turkey’s richest have watched their wealth erode. 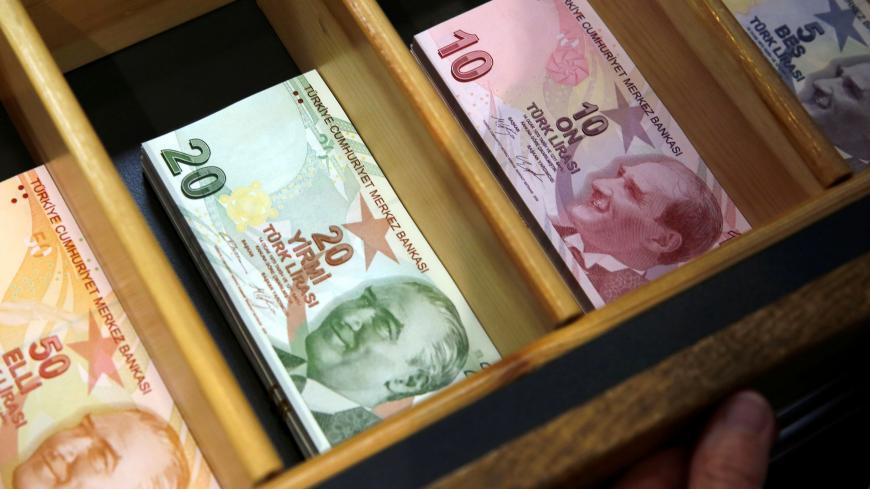 The Turkish Statistics Institute (TUIK) is yet to release income distribution figures for 2019, but the Global Wealth Report by the financial giant Credit Suisse puts Turkey among the countries that saw major losses in wealth this year. The erosion owes mainly to the Turkish lira’s slump against the dollar, which was the trigger of Turkey's crisis itself, the decrease in gross domestic product (GDP) and the decline in the price of real estate, which forms the backbone of wealth. According to the report, the richest 1% in Turkey saw their share of total wealth fall from 54% in 2018 to 42.5%.

Income and wealth distribution data are helpful in understanding social and political conditions in a country, and changes in distribution over years provide important clues about the background of political changes in individual countries and internationally.

In many countries, including Turkey, interview-based income distribution surveys determine how annual national income, GDP, is shared among social groups on the basis of what households earn in various categories, such as wages, profits, interest and economic rent. In Turkey, the TUIK has conducted annual income distribution surveys since 2002 and previously at longer intervals. It has not, however, produced surveys on the distribution of wealth owned by individuals, which is what the Credit Suisse Research Institute has been doing on a global scale since 2010.

Wealth is defined by what individuals own in terms of financial assets, such as bank deposits, stock shares, bonds, gold and jewelry as well as immovables, such as land, buildings and apartments. A person’s wealth can increase every year through the share they obtain of the total income, but the appreciation or depreciation of their assets can also increase or decrease their wealth. Credit Suisse research estimates wealth in a country in its own currency and then converts it to US dollars. Hence, change in wealth is also influenced by how local currencies fare against the greenback.

According to the current report, the wealth held by individuals globally in 2019 stands at some $361 trillion, up from about $352 trillion last year. The United States holds the largest share at nearly 30%, followed by China with some 18%, Japan with 7% and Germany, Britain and France with about 4% each. In other words, two-thirds of global wealth is concentrated in these six countries.

The gap in the distribution of global wealth has been growing at an alarming and unfair rate, with some fluctuations, since the turn of the millennium. In 2019, a minority of 1% holds 45% of global wealth. The 5% minority on the top of the global pyramid own 70% of total wealth. The top 10% have a share of nearly 82%, leaving the overwhelming majority of 90% with only 18%. Global capitalism is struggling to carry on amid this staggering injustice, which generated the dynamics leading to the 2008-09 global crisis and appears destined to spawn more turmoil.

Beginning in 2003, a surge in foreign capital flow to Turkey contributed to economic growth rates of up to 7%, which led to higher incomes and greater wealth in the country. That growth trend, which focused on the domestic market and included a real estate bubble, eventually devolved into stagnation and recession after the inflow of foreign funds decelerated and began to fall. Turkey’s national income has shrunk since 2018, with real estate depreciating and the lira’s nosedive taking a toll on the worth of wealth.

According to the Credit Suisse report, wealth loss in Turkey after the crisis that hit in mid-2018 totaled $257 billion over a year, through mid-2019. This reflects the decrease in national income. Estimates by the International Monetary Fund indicate that Turkey’s overall GDP and GDP per capita have fallen to $744 billion and $8,960. The Turkish lira’s depreciation of more than 20% over a year has been a major factor in the loss of 16% of wealth, coupled with the sharp decline in the prices of real estate, which accounts for three-fourths of the wealth.

The preponderance of real estate in wealth accumulation in Turkey stems from the growth policy adopted by the Justice and Development Party, in power since 2002, which relied heavily on construction, especially of housing and other buildings in profit-rich Istanbul. In 2018 and 2019, however, housing prices increased only 6% and 4%, respectively, well below consumer inflation, which hit 20% in 2018 and is expected to settle at 12% this year. This has meant major erosions in wealth.

Accordingly, Turkey’s Gini index — a statistical measure of distribution used to gauge economic inequality — eased to 79 from 87 last year. The higher the Gini index, the greater the inequality, with 100 being the worst. Despite this ostensible improvement, however, Turkey’s wealth distribution remains one of the most unequal among emerging economies.

Growing disparity in wealth distribution is often accompanied by deepening inequality in political status and power. Today's wealth gaps, increasing on the national level as well as globally, have led to mounting mass protests and social upheavals around the world while fueling shifts from representative democracy to authoritarianism. Those who refuse to make wealth distribution fairer, and opt to shift to oppressive regimes instead of seeking social solutions to popular disaffection, are fanning the flames of global tensions and turmoil. The world is currently experiencing new social eruptions on a daily basis, creating a future fraught with uncertainty.