A recent survey by Turkey’s official statistics agency reveals growing income disparities as the country’s economic downturn continues amid unrest both at home and in the region. 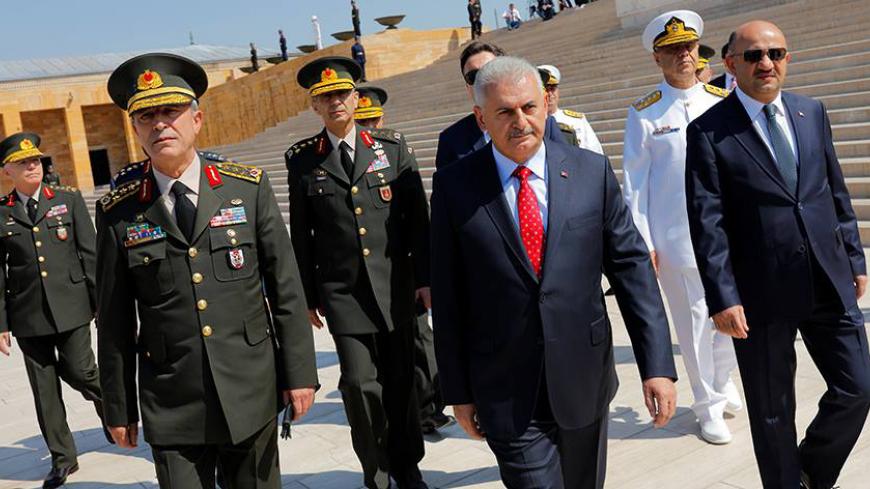 The Turkish Statistical Institute (TUIK) has often stirred controversy over the ways it calculates economic data, and it has even faced accusations of manipulating figures. But the institute’s latest survey shows that even it can no longer mask how poverty has increased and the income gap has widened in Turkey. The results of the TUIK’s 2015 Income and Living Conditions Survey, released Sept. 21, are an omen that serious social explosions could be in store for Turkey as it grapples with unrest and instability both at home and in the region.

Separately, TUIK’s latest unemployment data shows that the jobless rate is back in the double digits, standing at 10.2% as of June. Most strikingly, unemployment among young people, ages 15-24, has increased by 2.8 percentage points in a month.

On Sept. 9, TUIK announced that gross domestic product in the second quarter increased 3.1% from the same period last year, down from 4.8% in the first quarter. The economic growth, however, was generated largely from public spending, which has expanded 50%, rather than investment, output, exports or employment.

It was the third consecutive quarter in which economic growth was driven by a big increase in public spending, in addition to household consumption expenditures, which, however, are on the decline. And the increase in public spending stems from expenditures in the security and military realm, including the crackdown on Kurdish militants in the southeast, rather than any moves to improve the people’s living conditions, make investments and create jobs. The state, in a sense, is funneling its resources into the war economy it is implementing.

Now, TUIK’s 2015 survey has clearly shown that the government’s spending contributes nothing to 80% of the population, with the poor getting poorer and the rich getting richer. One of the survey’s most striking findings is the widening gap between the richest and poorest segments of the population.

What is more, all other segments, including those with middle income, saw their shares shrink, leaving the richest 20% as the only group to increase its wealth. In other words, barring the 15.7 million people who make the top 20% of the country’s 78.7 million population, 63 million Turks grew poorer last year.

According to the survey, 67.9% of the population is indebted, and 71.4% are unable to afford a one-week vacation away from home, while 35.8% cannot afford to have meat, poultry, fish or a vegetarian equivalent at least once every two days.

This gloomy outlook is seen also in the consumer confidence index. The latest data, released Sept. 22, reflects largely negative trends in the households’ expectations about their financial situation and ability to save.

The deterioration in the income gap in 2015 has become official with the TUIK survey. The government’s economic and social policies are clearly making the rich even richer, while inflicting serious financial and livelihood harm on the poor and all other segments of society.

Deputy Prime Minister Mehmet Simsek, who is in charge of the economy, conceded last week that key economic targets for 2016 were now beyond reach, signaling a revision in the government’s middle-term economic program. “Global developments weren't in the direction we expected when we were preparing the medium-term program, the conflicts in our surrounding region continue, terrorism in the country has increased and we faced a coup attempt. We have to take all these developments into consideration,” Simsek said in a television interview.

To stimulate domestic consumption, the government has moved to enact a series of measures, including the restructuring of loan and credit card debts, to enable millions of people to become spenders again.

According to the measures, announced by Prime Minister Binali Yildirim last week, credit card debts would be restructured for repayment periods of up to 72 months, while the repayment period of consumer loans, which the government had previously limited to 36 months, would be extended to 48 months. The bottom limit of bank credit, meanwhile, would be increased from 4,000 Turkish liras to 5,200 Turkish liras ($1,342-$1,745), or four times the minimum wage. To revitalize the ailing real estate and construction sectors, home loans would be now available for up to 80% of the property’s price, rather than 75%.

All those measures, however, mean that a society that is already living on debt — 67.9% of the population is indebted according to the TUIK survey — will become further engulfed in debt. Credit card default rates, for instance, are currently over 2%, and repayment schemes for periods of up to 72 months will mean an even heavier interest burden on the debtors. Moreover, those who choose to restructure credit card or loan debts are blacklisted by the banks. Their credit cards are canceled, and they are denied any new credit cards or loans.

So the government’s measures are unlikely to have a positive impact on the economy, as former Treasury Undersecretary Faik Oztrak notes. “Policies that burden the citizen with debt and enrich the privileged minority have collapsed around the world. Families are already suffocated by debt, but the government is planning to use the same strategy and further amplify that debt,” Oztrak, now a lawmaker for the main opposition Republican People’s Party (CHP), said.

CHP Deputy Chair Selin Sayek Boke, who is in charge of economic affairs, described the measures as a “rush to save the day,” warning that people would remain stuck in a spiral of debt unless income-generating policies are enacted.