Critics are claiming Turkey's ruling party has manipulated financial figures to paint a rosy economic picture ahead of the Nov. 1 snap elections. 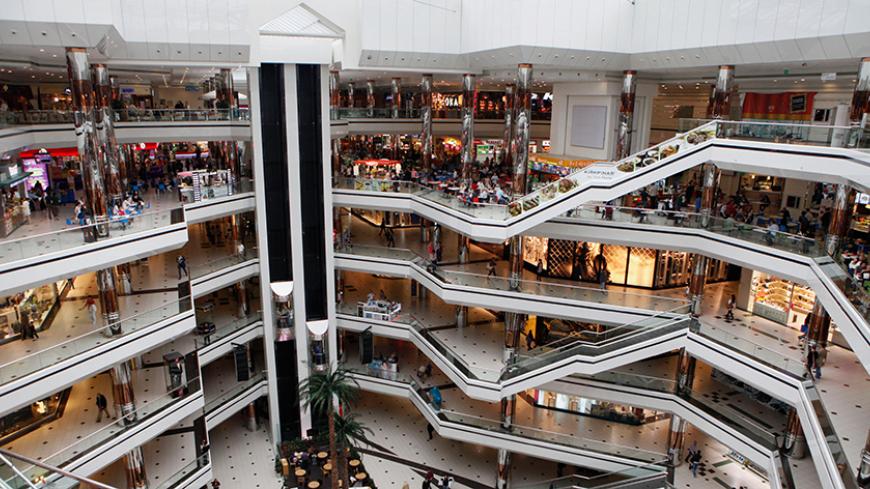 Government critics are pointing to apparent discrepancies between the 2014 Income and Living Conditions Research report issued last month by the Statistical Agency of Turkey (TUIK) and economic data used in the Ministry of Development's 2016-18 Medium-Term Program.

TUIK said income distribution in the country has improved over the last year. The share of the poorest 20% segment of Turkey's total income rose 0.1 point to 6.2% and the share of the richest 20% declined 0.7 point to 45.9%.

But the figures released by the Ministry of Families and Social Policy say the number of poor Turks, which was 23.7 million in 2012, rose to 30.5 million in 2014. The number of households needing assistance has reached 8 million, up from 6.77 million.

This divergence between TUIK figures and the ministry’s data have sparked a debate over whether TUIK manipulates numbers to glorify the Justice and Development Party (AKP) government as the Nov. 1 elections draw near.

Sezgin Tanrikulu, deputy chairman of the main opposition Republican People's Party (CHP), asked in a parliamentary query for Prime Minister Ahmet Davutoglu whether there had been manipulation and misrepresentation in TUIK's findings.

The prime minister has not responded yet. TUIK has been totally mute on accusations against it.

The 2016-18 Medium-Term Program prepared by the Ministry of Development and endorsed by the council of ministers has ignited an even more contentious argument. Until now, total national income and per capita income figures were given in Turkish currency and dollars. In the latest report, issued Oct. 11, these figures are given only in dollars for purchasing power parity. The justification was that in developing countries, including Turkey, foreign exchange rates have been wildly fluctuating.

Turks, who are projected to be suddenly richer by almost $10,000, have responded with humor, posting about their plans to spend the money.

This calculation modification by the Ministry of Development of medium-term plan figures is widely assessed, like TUIK's, as an attempt to show the economic situation as rosier than it is as the elections and the G-20 summit draw near. Turkey, which will host the G-20 international financial summit Nov. 15-16 in Antalya, fears its status as one of the world's major economies will be threatened if the dollar's value goes above 3 lira; it was at 2.9 lira Oct. 19.

Throughout the AKP's rule, the accuracy and reliability of TUIK data has been constantly questioned, as the body frequently changes its standards of measurement and seems to manipulate the numbers in favor of the government. In 2008, TUIK changed the way it calculated Turkey's national income and announced a $2,020 per capita increase overnight.

In March 2014, TUIK changed its method of calculating unemployment and declared a reduction in unemployment for several successive months. But it could not keep up this charade for long.

For a long time, TUIK counted millions of Syrian refugees as tourists to inflate tourism statistics and manufactured a virtual increase of millions of dollars in tourism revenues. When the plot was revealed, TUIK issued a statement of apology and revised its figures, which showed a sharp decline in the number of tourists and tourism revenue.

TUIK then devised a new method of calculating tourism revenue. It included the money spent by tourists on cellular phone calls, their expenditures in marinas and many other items not previously factored in and showed an increase of $5 billion. The Central Bank followed by immediately pulling down the current deficit by $5 billion.

Economists and politicians criticize TUIK’s frequent modifications of its calculation methods to glorify economic data. The CHP’s chief economic adviser, Erdogan Toprak, describes it as “AKP’s way of changing the language of numbers.”