Realizing that double-digit inflation could negatively affect the upcoming presidential system referendum, Turkey has changed its method of calculating the inflation rate. 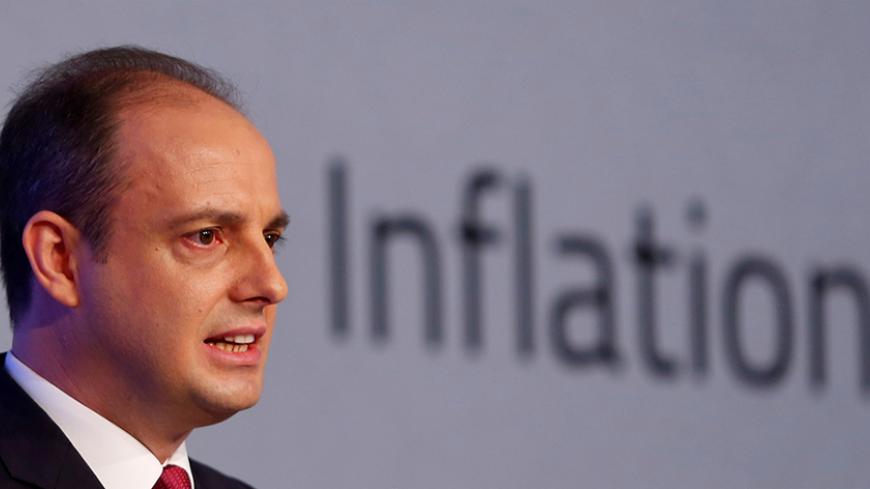 The Official Statistical Agency of Turkey (TUIK), which has been routinely coming out with creative reconfigurations of its methods of calculation of essential data, introduced its latest innovation Jan. 25 with changes it made to the "inflation basket."

In December 2016, the TUIK had altered the national income calculation method, which increased, on paper, national per capita income from $9,130 to above $11,000 overnight; this became a topic of bitter humor.

The reliability of the TUIK, whose calculation methods have been questioned, particularly when calculating unemployment, the numbers of tourists and tourism revenues, is now being challenged by its reconfiguration of the "inflation basket" with new indexed weights of items.

Inflation reached 8.53%, exceeding 2016 predictions by 1.5 percentage points, and seemed likely to reach double-digit numbers this year. That now may not happen because of the changes in the basket, as the weights of major components such as food, nonalcoholic beverages, clothing, housing, health, and electricity and natural gas were all reduced.

But in its latest family expenditures statistics, the TUIK noted that the “largest portion of family spending was for food and housing-rents.”

Although the weight of alcoholic beverages, cigarettes and tobacco products was increased to 5.87% in 2017 from 4.98% a year before, it is known that the portion of these items in family budgets has been constant at 4.2% since 2012.

The Monetary Policies Council of the central bank had been cautioning about further increases in inflation. In its Jan. 24 statement, the council said “extreme volatility of foreign exchange rates has added new risks for inflation. Because of the delayed effects of foreign currency parities and the unpredictability of prices of unprocessed food items, the inflation rate is likely to continue rising in the short term.”

When the TUIK altered the weights of items in the inflation basket a day after the central bank statement, it became obvious that the TUIK was finding a way to lower the inflation rate on paper.

When food, housing and rent expenses of families are reaching 50%, the move by TUIK to lower their weights raised eyebrows with its timing. The official justification for the changes was not convincing.

The vice chairman of the TUIK, Mehmet Aktas, said the weight of food was lowered because of the decreasing number of tourists and corresponding declines in tourist spending on food and drink. Aktas defended the changes, saying, “The basic change in the portion of food in calculation is because of the decline in foreign visitors. There is a decline in direct foreign visitor spending for food."

Financial experts and academics say that the gap between "real inflation and official inflation" will widen under these TUIK changes. The experts note that as income levels go down, the ratio of food expenditures in family budgets goes up. They warn that major changes in the index could wipe out the utility of the "inflation basket" as an economic indicator.

Nongovernmental organizations dealing with pensioners say the TUIK inflation basket and the prices pensioners have to cope with in the markets do not mesh. These NGOs maintain that the TUIK should consult with them when determining the weight of items in the basket, particularly because pensions are calculated on the basis of the inflation rate the TUIK announces. In other words, if the inflation rate is low on paper, then the pensions of retired civil servants and other workers will be lower than what they otherwise would have been.

Opposition parties have also reacted to the TUIK changes. Erdogan Toprak, a member of parliament from the main opposition Republican People's Party, said the government, on the eve of the presidential system referendum, “is trying to keep inflation low on paper by index manipulation and by saying that all is well in economy.”

Toprak said: "The TUIK has lowered the weights of major consumption items in the inflation basket. The index weights of items [such] as alcoholic beverages, cigarettes, eating in restaurants and staying at luxury hotels have been increased as if people can afford them. The ploy is obvious. Just as they did when they changed the national income calculation in one day and made us all $2,000 richer on paper, now they aim to lower, on paper, inflation that is heading to a double-digit rate on the eve of the referendum."

The constitutional amendment referendum that is likely to be held in April is of vital importance for President Recep Tayyip Erdogan and his Justice and Development Party government while the economy is under severe pressure because of rising unemployment, the Turkish currency's loss of value and security costs.

The lowering of Turkey’s credit rating by Fitch and Standard & Poor's on Jan. 27 were clear warnings of the economic woes the country is facing. Turkey has lost its rating of safe for investment. According to latest figures issued by the Economy Ministry, in the January-November 2016 period direct foreign investment diminished by 42% compared with the same period in 2015. Confidence in the Turkish economy and the willingness to invest in Turkey has undoubtedly been losing ground.

Already deteriorating economic conditions for the people are likely to worsen as the referendum approaches. The only way to assure "yes" votes for Erdogan may well be the calculation tricks on paper that the TUIK excels in.