Inflation Takes Its Toll on Iran

Iran's lower and middle-income classes have been the main losers in the country’s inflationary environment, writes Bijan Khajehpour. 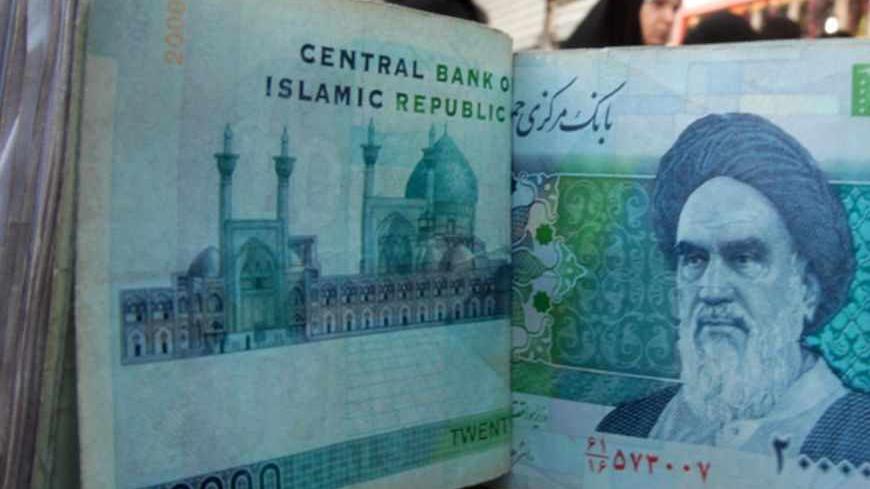 Iranian rial banknotes bearing a portrait of the late founder of the Islamic Republic of Iran, Ayatollah Ruhollah Khomeini, are seen at an exchange office in Baghdad on Feb. 3, 2012. - ALI AL-SAADI/AFP/Getty Images

It is not easy to get a reliable figure for inflation in Iran. Two official sources are tasked with this issue and they have continuously produced confusing statistics. Based on the latest statistics of the Central Bank of Iran (CBI), the annual inflation for the period ending on March 20, 2013, was 32.3%, whereas the Statistical Center of Iran (SCI) puts the figure at 28.8%. Independent economists believe inflation to be closer to 40%, citing distortions through remaining subsidies and the existence of a multi-tiered exchange-rate system. Another phenomenon that adds further complexity to calculating inflation is the fact that over the past few years, Iranian officials have redefined the base basket of goods in order to manipulate the inflation calculations to their own benefit. Furthermore, in a recent shift, the SCI changed the base year for the calculation of the consumer price index (CPI), another maneuver to push the official inflation numbers down.

No matter how we calculate the actual inflation, there is agreement that the past Iranian year was the worst in terms of inflation since the mid-1990s, when an external debt crisis along with the then-administration’s economic restructuring policies pushed inflation to some 48%. It is a fact that misguided government and CBI policies, especially the unprecedented growth in money supply, have led to inflationary pressures. Nonetheless, it is unclear how high inflation really is and what socio-political consequences it will have in Iran. However, what can be said categorically, as will be shown below, is that Iran is not experiencing hyperinflation, which is defined as “a rapid, uncontrolled surge in the price level."

Iran has experienced double-digit inflation figures for most of the past three decades. Some have argued that inflation is inherent to the Iranian economy, especially as many economic players build the anticipated future inflation into their economic and price calculations. Nonetheless, the Khatami government (1997 to 2005) had managed to contain the inflation by the mid-2000s, pushing it down to as low as 10% in 2005. It was the emergence of Ahmadinejad’s populist policies, especially his “easy money” approach that changed the dynamics starting in 2005 (see graph below).

One can identify the footprint of Ahmadinejad's policies since 2005 and later the impact of subsidy reforms and intensified sanctions since 2010. The only relative decline in 2009 was due to a decrease in international food prices following the international financial crisis.

Nonetheless, in recent years, inflation levels have increased due to two key phenomena: subsidy reforms and the devaluation of the rial. At the current juncture, the unofficial inflation rate based on independent studies is at least 40%. Yet in some sectors, like the auto industry and consumer products, prices have almost doubled in the last 12 months, mainly due to currency devaluation.

In order to shed some light on price movements in diverse product categories, we can refer to an official SCI study that indicates the inflation for various product and service groups in the 12 months ending on April 20. According to this study, foods and drinks have experienced a price increase of about 50%. The highest increase is for the category of tobacco products, which have seen a price surge of 80%. Clothing and housing, two other significant groups in household economics, have experienced a price inflation of 35% and 18%, respectively. Prices in the telecommunications sector have produced the lowest figure, with an increase of eight percent.

In order to determine a more realistic figure for actual inflation in Iran, there are also independent studies by the private sector. For example, the Atieh Group’s “Cost of Living Survey” (designed according to the basket of goods defined by the UN and calculated based on the actual distribution of “food” and “non-food” expenses in average Iranian families), offers the following conclusions for actual inflation in diverse social groups in Iran:

As can be seen in the above table, actual inflation in Iran is about 40%, which is close to the high inflation situation that Iran experienced in the mid-1990s. Evidently, it can be argued that the management of the economy will be one of the key issues in the upcoming presidential elections, especially as the current inflationary situation is putting pressure on the middle and lower-income classes. The economic hardship has been so clear that the Iranian parliament has delayed the initiation of the second phase of the planned subsidy reforms.

The short to medium-term outlook for inflation in Iran is dim. It is forecast that the underlying inflationary pressures (subsidy reforms, budget deficit and currency devaluation) will maintain inflation at about 30% in 2013, which will further undermine the economic well being of Iranian families. There will also be time-lagged inflationary effects that will appear on the horizon due to the devaluation of the rial. These will mainly hit the housing sector and fees for services such as telecom and other utilities. In short, the de facto devaluation of the Iranian rial will add to existing inflationary pressures, making the introduction of appropriate economic policies a top priority for the next government in Iran.

The lower and middle-income classes have been the main losers in the country’s inflationary environment. Unfortunately, the negative impact on Iranian society as a whole has led to a high degree of frustration and de-politicization. Economic survival has become the highest priority for the average Iranian family, diminishing the ability to be politically active or even just interested. However, the very same frustration could push the same citizens to vote in the upcoming elections, if they feel that their choice of the next president will make a difference in how the economy will be managed.

Dr. Bijan Khajehpour is a managing partner at Atieh International, the Vienna-based international arm of the Atieh Group of Companies, a group of strategic consulting firms based in Tehran, Iran. 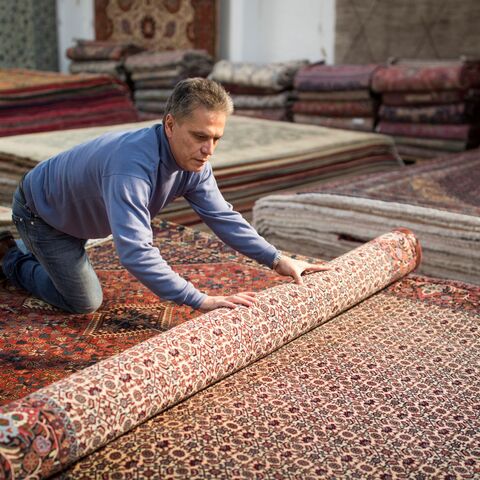