Iran’s economic woes are to be at the core of the forthcoming presidential elections, writes Bijan Khajehpour. 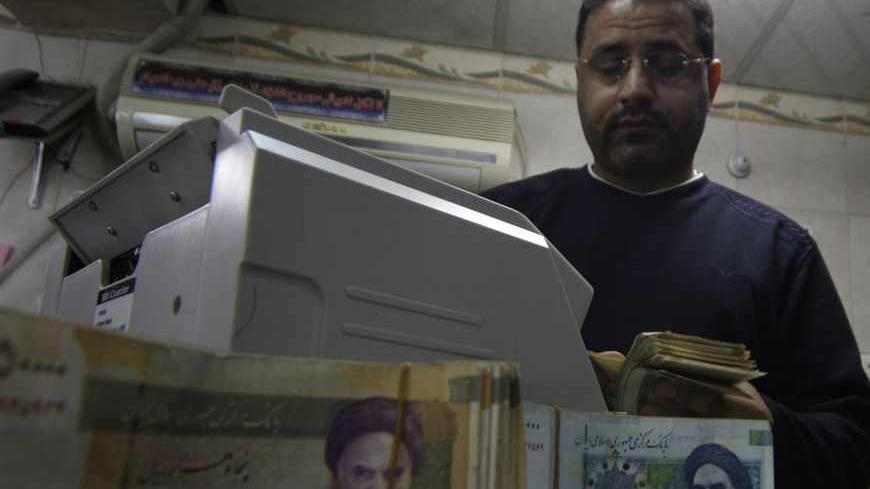 A new Iranian year commenced on March 21, 2013 (1392 in the Iranian calendar). The consensus among experts on the Iranian economy is that the previous year (1391) had witnessed the deepest economic crisis in Iran since the end of the Iran-Iraq war in 1988.  As such, both the business community and the society at large hope for an economic upturn — something that has been echoed by Ayatollah Ali Khamenei in his New Year speech when he dubbed 1392 as the “Year of Economic and Political Epics.”

But can Iran realistically move out of the current state of economic decline and embark on a new phase of growth? In other words, which economic challenges would be on the agenda of Iran’s government beyond President Mahmoud Ahmadinejad and how could a new government resolve the key issues?

The top priority of the new government will be to contain inflation. According to Central Bank of Iran (CBI), annual inflation hit 32% at the end of the Iranian year. The high inflation is a direct consequence of misplaced government and CBI policies in three inter-related areas — liquidity growth, foreign exchange and subsidy reforms. The CBI is now taking steps to discontinue the lowest exchange rate and consolidate the value of the Iranian currency about 25,000 rials to the US dollar. Considering that the inflationary impacts of the rial devaluation will continue for a while and also that subsidy reforms would have to be pursued by the new administration, the main instrument of containing inflation will be to manage liquidity (or money supply) more efficiently. In the past few years, money supply has grown by an average of about 20% per annum – a phenomenon that has reinforced inflationary pressures.  To contain the growth of money supply, CBI and the government need to focus on non-cash instruments such as utilization of debit cards (designed to be used in dedicated outlets) rather than cash transfers to distribute handouts to recipients.

Another alarming economic indicator is the current level of unemployment. Official statistics put unemployment at 14%, while independent economists believe that 20% of the Iranian workforce is unemployed. The difference can partly be explained through the mismatch between available jobs versus available expertise in the market. Nonetheless, it's a challenging socio-economic phenomenon, especially when one considers youth unemployment standing at 27%.  The outlook for unemployment under current policies is bleak. The prospect of new job creation is hampered by subsidy reforms (higher energy costs), sanctions (undermining the operations of many private sector companies), privatization (which leads to redundancies in the short term), corruption and domestic political uncertainties. The only positive development in the field of unemployment could emerge from the rial devaluation that has made Iranian products more competitive domestically (versus imports) and externally. The consequent promotion of the Iranian industry could help create jobs, but this new opportunity has emerged at a time when local companies are most vulnerable because of the negative phenomena mentioned above.

Nonetheless, unemployment will not disappear from the Iranian economy for the foreseeable future, mainly because of the country’s young demography.  However, the society as a whole can absorb the negative consequences of unemployment much better, if the overall economic outlook is positive.

The third aspect that a technocratic new government would need to tackle will be capital formation. For the past few years, Iran has experienced a negative capital account and low levels of capital formation. Economists explain the phenomenon by stating that the Ahmadinejad government essentially dedicated most of the government revenues to “spending”, especially paying cash subsidies as opposed to investing in infrastructure and needed assets.  Consequently, the asset base of the Iranian economy has declined by an average of $20 billion a year over the past few years. The medium- to long-term impact of this development will be the aging of Iran’s infrastructure and the need for more massive investments in the future to rectify the sustained damage.  Realizing the inherent mistake in the Ahmadinejad approach, the Iranian Parliament recently rejected the new state budget in its entirety.  However, the ability of the new government to address this issue will heavily depend on its capacity to increase government revenues in a balanced way — this at a time when oil export revenues are heavily undermined by external sanctions. The new government may resort to attracting foreign investment, but even that prospect will be hampered by external sanctions and internal uncertainties.

Finally, a top priority for the new administration will be to fight corruption. The Ahmadinejad policies of the last eight years have increased the levels of corruption and mismanagement which have direct and indirect negative consequences on productivity in the Iranian economy.  Fighting administrative and financial corruption will require a long-term approach and will have to address diverse phenomena by using technology and reforming governance and supervisory structures. Consequently, it will be difficult to expect a quick turnaround in this field under a new government.

As the above list of challenges indicates, the new Iranian government will have its hands full with economic decisions. This will come on top of some strategic questions such as the future approach to subsidy reforms, privatization process and government’s role in the economy. The Ahmadinejad years have succeeded in weakening the Iranian economy to a large degree so that a serious resuscitation will be needed.  Some may argue that the desired positive momentum could only come, if Tehran manages to secure relative sanctions relief through its nuclear negotiations. But while partial sanctions relief would unleash a positive psychological impact, key structural deficiencies will remain as long as the approach to economic policy-making is not de-politicized.

As the Iranians prepare to go to polls to elect a new president on June 14, one of the key questions on their minds will be whether the next president will be able to address the country’s urgent economic challenges.  As such, it's also no surprise that all aspiring presidential candidates have mainly focused on slogans and promises in the field of economy. But realistically, the process of turning the Iranian economy around will require a few years and it will have to involve an expert approach to the combination of interdependent economic ills that the country has faced in the past decades.