Though experts believe the Iranian government and Central Bank are overestimating in reports on Iran’s economic growth, there are some real positive indicators, including progress on inflation. 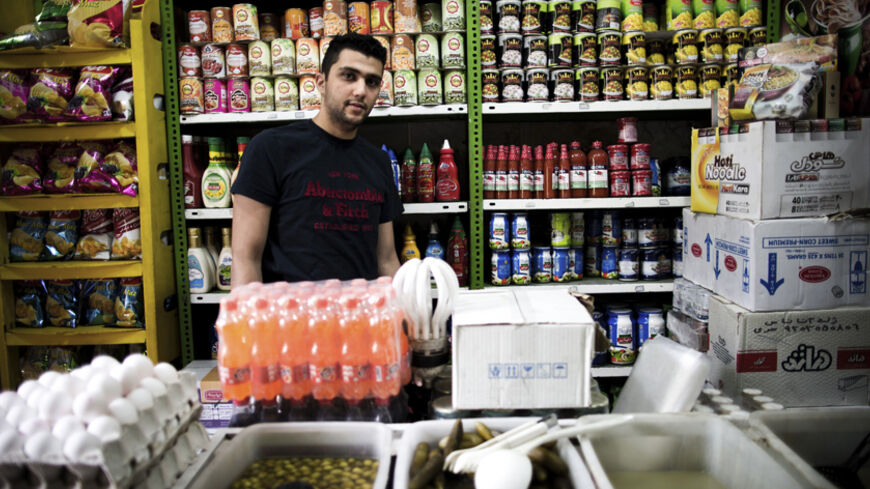 Iranian Ali Heydari, pictured in his grocery store in southern Tehran on April 22, 2014, contends that prices are still increasing and his sales decreasing since President Hassan Rouhani was elected on hopes that he could revive the country's sanctions-neutered economy. - BEHROUZ MEHRI/AFP/Getty Images

In the past few weeks, there has been a major debate in Iran about the validity of economic data presented by the Central Bank of Iran (CBI) and government officials. It all started with a detailed report by the CBI stating that the Iranian economy grew by 4.6% in the 12-month period ending in spring 2014.

Within days, Gholamreza Mesbahi Moghaddam, head of the Budget and Planning Committee in the Iranian parliament, commented that the published figures were "wrong and misleading" and “like a fable.” The CBI reacted immediately and outlined its evidence for its reported economic growth.

Before discussing whether 4.6% growth was realistic, it should be appreciated that the government as well as the CBI have resumed issuing regular economic reports and indicators. The government of former President Mahmoud Ahmadinejad had discontinued the practice for years, and that indicators are calculated and reports published and debated is a welcome development in Iran.

Now to the question of the country’s actual economic growth in the period from July 2013 to June 2014: Though the author has no independent economic data to confirm or dispute the official data, one can point to various phenomena. To understand the published figures, one needs to remember the situation in spring 2013. Prior to the June 2013 elections, the business community and investors were very hesitant and concerned about their outcome. The free market value of the rial had dropped to about 40,000 to the dollar as a hedging mechanism in anticipation of worsening economic conditions. Prices for domestic gold coins soared as many investors were trying to hedge their capital by investing in gold. However, the election of Hassan Rouhani generated economic momentum and the rial appreciated to 29,000 to the dollar, and business started to pick up.

Later in the year, when the interim nuclear deal was signed, there was another surge in anticipation of the partial lifting of sanctions. Key economic sectors such as oil and gas, petrochemicals and the automotive industry experienced major growth in that period. The service sector, fueled by domestic and international tourism, has also grown significantly. Other sectors such as agriculture and housing have experienced decline and stagnation. It is important to understand that the actual output of the Iranian economy in 2013 fell well short of its potential. A number of facts indicate that the effective utilization of Iran's productive capital and resources has increased, though the overall economic output remains below the country’s full potential, which is undermined by external sanctions, mismanagement and the consequences of misplaced policies by the previous government.

Another source of independent calculations that can be used to gauge the validity of the growth claims is the monthly Iran Economics magazine, which put the projected economic growth in the current Iranian year at 2.9%. The projection for the next Iranian year (which will start March 21, 2015) is 4.3%. Consequently, it is valid to argue that Iran has moved out of its two-year recession and that a growth pattern has re-emerged. It remains to be seen whether a comprehensive nuclear deal will create another needed momentum to leap to even higher growth figures.

Another controversy emerged when the Statistical Center of Iran (SCI) published a report stating that unemployment had dropped to 9.5% — a record low in the past two decades. This report was also met by criticism among economic experts. The SCI argued that it used its own definitions of “employment” and “unemployment” to make the calculations and stated that the number of persons considered “unemployed” decreased from 2.5 million in the spring of 2014 to 2.2 million in the summer of 2014. Interestingly, however, in the same period the “employed population” also dropped from 22.17 million to some 21.5 million citizens. The confusing statistical data is the result of the SCI's categorizations, which identify any citizen who works at least “one hour” per week as “employed” and only those citizens who are actively seeking a job as “unemployed.” Many citizens in Iran are considered to be merely “out of work,” as they are not seeking new employment. In its latest statistics about the working population in Iran, the Statistical Center of Iran classified as "active" the citizens who are working, and "passive" those citizens not registered as working or seeking employment. Out of a total population of 63.8 million Iranians aged between 15 and 64 years, it counted:

Experts have no doubt that unemployment is higher than 9.5%. However, capturing the real rate is almost impossible because a considerable segment of those citizens classified as “passive” actually engage in income-generating activities (such as women working as tailors or hairdressers from home or men working as unregistered taxi drivers on the streets). Independent economists (such as those writing for Iran Economics) put the unofficial unemployment rate at more than 18%. Responding to the critique, government spokesman Mohammad Bagher Nobakht explained the mechanism of data collection and argued that in the period between spring and summer of this year, 400,000 new jobs were created. The creation of new jobs is certainly in line with the growth in economic activity discussed above. However, it is not valid to argue that actual unemployment has declined.

Furthermore, Iran has to deal with underemployment, one of the biggest socioeconomic challenges in the country. Underemployment is mainly driven by the country’s demographic profile (with the age groups between 15 and 30 representing almost 40% of the population). In fact, youth unemployment currently stands at 20.2%. Consequently, unofficial unemployment relates to the prevalence of underemployment. The Iranian economy has failed to produce jobs in line with the emerging university graduates and it will continue to fail to produce the needed jobs for a few more years due to demographic pressures.

While the above indicators remain controversial, the real positive news on economic indicators over the past few months has been inflation. In fact, the Rouhani government has managed to reduce the annualized inflation figure from 42% in mid-2013 to around 20% in mid-2014. Though one can also question some of the calculations and come up with unofficial inflation rates, the fact is that there is a positive trend in inflationary developments. The government has managed to contain liquidity growth and also introduce the needed financial discipline for Iran’s cash-based economy. Furthermore, the government has introduced new policies — such as bigger housing loans and greater non-cash services in the health sector — that will ease inflationary pressures.

As such, while the Rouhani government is in need of positive economic developments, it would be a mistake to believe that the latest indicators were fabricated outright. The Iranian economy is gradually recovering from the Ahmadinejad era and it is poised to continue growing if external sanctions are eased further.