The Iranian government looks to control inflation, which is now surpassing 39%. 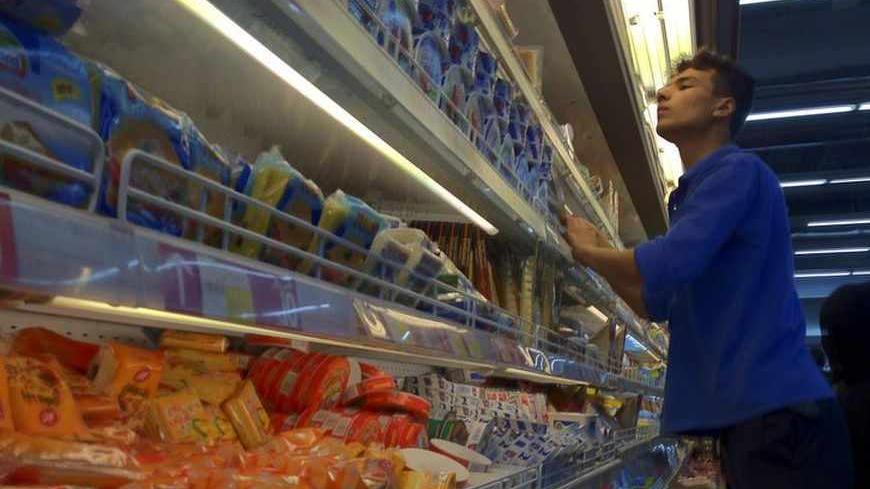 On Sept. 10, Iranian President Hassan Rouhani admitted on live TV that inflation has surpassed 39% and that Iran's economic conditions are undesirable for Iranian society. Inflationary pressures in the absence of appropriate income adjustments produce undesired consequences for household economics. This short analysis will try to assess the impact of inflation on household economics and the short- and medium-term consequences for Iranian society.

Former President Mahmoud Ahmadinejad had instructed key institutions not to publish statistics on household expenditures in the aftermath of subsidy reforms. Now that a new government is in place, the Central Bank of Iran (CBI) has finally published a report outlining household expenses in the Iranian year 1390 (March 2011 to March 2012). This was the first full Iranian year in which the initial phase of the country’s subsidy reforms had taken shape, i.e. blanket subsidies on food and fuels had been partially removed and direct cash hand-outs were paid to about 80% of the Iranian society. The then-government’s claim was that cash hand-outs were sufficient to compensate for the inflationary impacts caused by price adjustments. This claim can now be tested through official statistics.

The following table summarizes the categories of household expenditures for the average Iranian family between the year 1390 and the year 1388 (March 2009 to March 2010), i.e., the last year where the old system of blanket subsidies was still in place.

It should be noted that the official inflation in the same two-year period stood at an accumulated 48% — in other words, on the whole, the average Iranian family had about 39% more funds at its disposal (i.e. the combination of household income and cash hand-outs), but it had to deal with an inflation of 48%.

Evidently, diverse income groups and social classes have been affected differently by the subsidy reforms, and in the above statistics, we are only looking at the status of the average Iranian family. For example, in the initial phase, lower income classes (the lowest 30% income classes) actually gained a higher purchasing power as a result of the new revenues through cash hand-outs. However, the overall picture is negative and the impact of inflation on the average Iranian family needs to be analyzed more carefully.

The same CBI report also indicates that the per capita volume of food consumption (measured in the total weight of foodstuffs consumed) dropped by 7% in the year 1390 compared to the year 1388. According to a report by the news site Khabar Online this level of per capita food consumption was the lowest level for two decades. Though no accurate data is available for the past Iranian year (1391), it can be assumed that the per capita food consumption has fallen further due to economic problems, especially inflation. Consequently, it is valid to argue that the average Iranian family is consuming less food and also making sacrifices in some cost categories such as education, housing, healthcare, clothing and shoes.

An interesting fact in the analysis of household economics in Iran is that the average family has a higher expenditure level than actual income. In fact, the above figures are based on expenses, not income. According to the economic daily Donyaye Eqtessad, in the year 1390 the average urban Iranian family had an annual deficit of 6.73 million rials (about $600 at the then-exchange rate), which can be explained by the fact that the inflationary conditions have eaten into the savings of many Iranian families (these savings are kept in the form of gold coins, hard currency and carpets). In other words, the asset base of the average Iranian family is diminishing as a result of poor economic conditions. According to the above mentioned CBI report, this deficit has persisted since 2006 and will probably continue for some time until a new balance is created between income adjustments and inflation levels. To achieve that balance, the new government needs to address the issue of inflation, which in turn will be difficult to contain as long as the planned phases of subsidy reforms will be implemented.

Iran’s decision-makers who remain committed to the subsidy reforms argue that the lifting of blanket subsidies and introduction of cash hand-outs have improved the country’s Gini Index (an indicator of income equality in the country). In fact, official reports underline that the Gini Index in Iran has improved from .41 in 2010 to .364 in 2012. Though a number of economists doubt the validity of this information (it is too fast an improvement in any economy), the overall trend is valid, i.e. subsidy reforms have benefited the lower-income classes and put pressure on the middle class and higher-income layers. However, the improvement in the Gini Index cannot compensate for the overall downward trend of household economics and the gradual diminishing of household assets and savings in the country.

It remains to be seen how the new government will try to reverse the negative trends that have been caused by inflationary pressures and subsidy reforms. Containing the inflation will require parallel efforts by the CBI and the diverse economic ministries, especially a strong discipline in containing the growth of money supply. At the same time, rescuing the economy from the current stagflationary trap will require an economic stimulus that will clash with the desire to contain liquidity growth. Furthermore, to draw liquidity into the banking sector, one needs to keep interest rates high, which in turn becomes a major contributor to inflation. The only solution may be in a quick shift from cash hand-outs to non-cash methods of helping the Iranian households who are suffering in the current economic climate. Introducing non-cash support mechanisms that address areas such as education and healthcare will ease some of the pressure that the average family is facing without exploding the money supply. Such a campaign will require concerted government efforts and the utilization of technology in order to prevent corruption and mismanagement.

All in all the government has to confront a multiplicity of issues in domestic, economic and external affairs. However, addressing the challenges in household economics is of utmost significance as its negative consequences will put pressure on Iranian society in the medium- to long-term.