The Future of Subsidy Reforms After Iran’s Presidential Election

The next president of Iran is likely to continue the subsidy reforms of the Ahmadinejad government, but with changes in pace and handout distribution, writes Bijan Khajehpour. 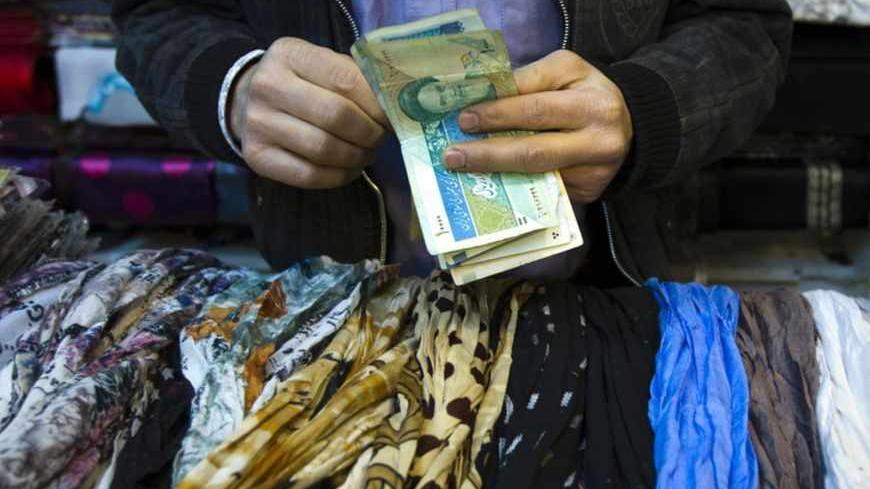 A shopkeeper counts Iranian bank notes at his shop in a bazaar in Tehran Feb. 25, 2012. - REUTERS/Raheb Homavandi

Iran’s subsidy reforms have been among the most significant, but also most controversial socioeconomic initiatives in recent years. Now that Iran is preparing for the post-Ahmadinejad era, it is appropriate to examine how the planned continuation of this program will be affected by the emergence of a new administration in the second half of 2013.

Iran introduced the first phase of its subsidy reform plan in December 2010 as a necessary campaign to ease the government's financial burden and to achieve a better distribution of wealth. In a diversion from its different original plan, the government adjusted fuel prices to bring in $40 billion in new revenue from price corrections (i.e., partial “shock therapy” as President Mahmoud Ahmadinejad had argued originally). The original redistribution plan was revised as follows: 80% directly to recipients (about 63 million citizens), 20% to affected industries (only partly realized) and nothing for the Treasury. The government’s handling of the financial aspects of the reforms was so bad that it officially asked higher-income segments of the population to “voluntarily” forgo receiving cash handouts.

Experts disagree on the actual impact of the plan on Iranians' purchasing power. Some argue that the plan partially improved the purchasing power of the lowest-income classes (the bottom 30%), but undermined everyone else. Others contend that the material and non-material costs imposed through these reforms have been too high, undermining the economic well-being of all social and income classes in the country.

Iran is experiencing its highest level of inflation since the mid-1990s. The latest statistics suggest that inflation in the 12 months ending in March 2013 reached 40%, confirming the worst fears of independent economists. Furthermore, the actual additional purchasing power generated by the cash handouts has diminished drastically over the past two years.

As a consequence, from a socioeconomic perspective, the subsidy reforms have been a disaster, with the urban middle class being the biggest loser. There have been a reported 500,000 to 700,000 jobs lost in the agricultural sector due to cash handouts and rising energy prices. Iranian industry is also suffering, and a large number of industrial units are going bankrupt in the absence of the planned government subsidies to the sector. The inflationary impact and the socioeconomic uncertainties have been so strong that the Iranian parliament has postponed the introduction of the second phase of the reforms (i.e., a new wave of price hikes).

Nonetheless, there are two upsides that need to be taken into account when analyzing the commitment of a future administration to the reforms: First, the accumulated energy saving is expected to reach some 100 million cubic meters a day (equivalent to $12 billion in annual export revenue), and second, Iranian companies, while under pressure in the short run, will have to become more competitive internationally.

In any case, managing the negative consequences of the subsidy reforms will be a major challenge for the next administration as the consequent economic imbalancewill continue for two to three years, producing many negative hiccups, including high inflation and unemployment.

There is no doubt that the subsidy reforms, especially the amount of cash handouts as well as fuel prices, will become a key topic in the emerging presidential election campaign. At the same time, candidates will be compelled to promise improvement to the overall situation, especially if they want to attract votes. Once the dust of the campaign settles, however, there will be time for more realistic analysis of the scenarios that might emerge. To forecast in which direction Iran will move with regard to subsidy reform, one needs to understand the views of the key presidential candidates. They will either directly (as the future president or a potential minister) or indirectly (as a member of a key decision-making organ) influence the overall direction on subsidies. The views below were compiled based on interviews and speeches by the candidates:

The views above indicate that the subsidy reforms will continue in any postelection constellation of government, but the key variable will be the choices concerning cash or non-cash handouts, distribution of revenues among citizens, industry and Treasury as well as the overall pace of reforms. It should be noted that the Ahmadinejad government is already trying to increase fuel prices prior to the election, so the new government might immediately face the socioeconomic consequences of the second phase. Therefore, a decision on how society and industry will be compensated for inflationary pressures will be on the agenda very soon.