Iranian President Hassan Rouhani is unlikely to discontinue the monthly cash handouts paid to most Iranians any time soon, despite the payouts' steep costs. 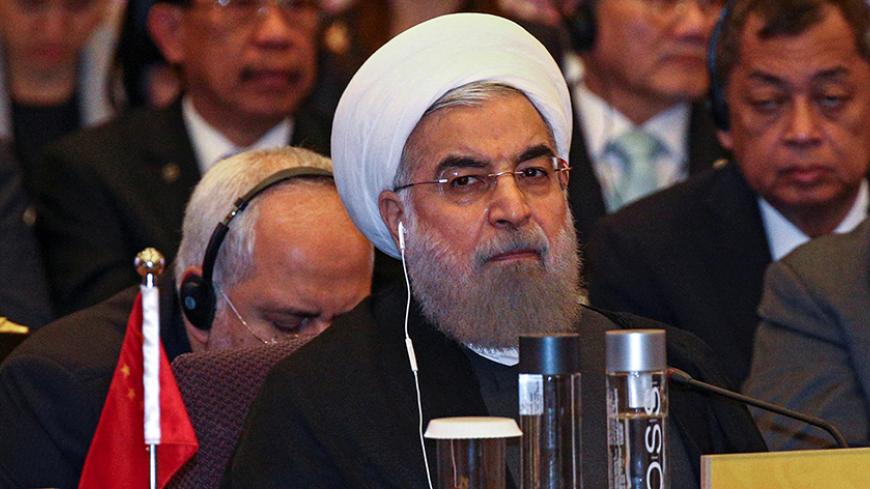 Iran kick-started a subsidy reform plan in December 2010 that was originally drafted to be implemented in three phases over five years. Given the change of government in 2013 and irregularities in the implementation of the original plan by the previous administration of President Mahmoud Ahmadinejad (2005-13), the second phase was only initiated in April 2014.

This article looks at the incumbent administration of President Hassan Rouhani’s potential options for how to wind down the current program, which was supposed to involve the removal of blanket subsidies and instead direct payment of cash handouts to vulnerable social classes.

It is evident that the Rouhani administration is faced with a dilemma: On the one hand, the law calls for the third phase of the original plan to be implemented, but on the other hand, economic realities have changed so dramatically that this implementation would damage the economy. In the meantime, parliament is considering a provision in the 6th Five-Year Plan that would ask the government to discontinue the current cash handouts and to introduce a different approach to managing energy subsidies. This new law would once again change the dynamics of a plan that was misconceived from the beginning.

The core objectives of the original subsidy reform plan were to achieve social justice through redistribution of wealth and to reduce the inefficiencies in energy consumption through more appropriate energy pricing. Though some improvements in energy consumption have been achieved, no improvement has been registered with respect to social justice. The reality is that the government currently pays a total of 34 trillion rials (nearly $1.1 billion) per month in direct cash handouts to about 90% of the population without a clear benefit to the economy. These funds, which amount to some $13 billion a year, could be used more efficiently both in terms of reducing the income gap as well as reducing inflationary phenomena such as budget deficits and financial bottlenecks. Various attempts by the Rouhani administration to reduce the number of cash handout recipients have failed due to disunity among key political power centers on how to approach this issue.

The idea that is being discussed in the parliament’s research center as part of the Five-Year Plan is to discontinue cash payments at the end of the second year of the plan (theoretically as of March 20, 2019) and then to introduce a new approach to be drafted in new legislation titled “Energy Management Law." It is not clear what the new law would entail, but it would be advantageous for the Iranian economy — if the current cash handouts are replaced with a more nuanced and targeted approach to redistribution of oil wealth.

Incidentally, despite two waves of increases in fuel prices, the rial devaluation in 2012 means that the actual prices of various fuels are cheaper today than they were when the subsidy reforms were launched in December 2010.

It is understandable that the Rouhani administration is hesitant about further increasing fuel prices, especially as such a move would have an inflationary impact and also undermine the economic position of lower-income classes. Yet at the same time, populist politicians such as Expediency Council Secretary Mohsen Rezaei believe that the government should more than double the monthly cash handout amount — a move that would have further inflationary effects without closing the income gap. Ahmadinejad has even been quoted as proposing an increase in the monthly cash handout to 2.5 million rials ($79) per person — more than five times the current amount.

None of these ideas — as well as the implementation of phase 3 of the subsidy reforms — would aid the economy at the current juncture. Iran’s desire to increase the role of productivity in economic growth, as stated by Minister of Finance and Economic Affairs Ali Tayebnia, will have to include measures to increase the efficiency of the cash handouts. To achieve that goal, the subsidy reforms need to be revamped. One of the shortcomings of the original plan was its focus on “cash transactions,” with damaging inflationary effects on the Iranian economy. Given that each cash handout recipient has a bank account as a result of the plan, the government could move to a different, potentially credit-based approach that focuses on supporting the lower-income classes.

The reality is that the vulnerable social classes will need these cash handouts until minimum wage and employment structures have been improved in Iran. To put things in perspective, for the lowest-income classes, the current cash handouts could constitute anything between 25% and 100% of actual income.

As such, the government needs to find ways to concentrate on the lower-income classes and then utilize the resources that would be freed by discontinuing payments to higher-income classes to close the income gap and improve energy consumption patterns. There are different paths that could provide such a mechanism, but the first step would be to have the political courage to redefine the existing law and start excluding the higher-income classes from direct cash handouts. It is clear that such an initiative will not happen before the May 2017 presidential elections, as the political cost would be too high. Indeed, one can expect populist slogans emerging from Rouhani’s potential opponents who could use Ahmadinejad’s populist tactics to attract votes.

However, after a potential re-election in 2017, Rouhani would be in a position to be able to introduce a different logic to the country’s subsidy conundrum and to insist that the funds be used more efficiently — if the country moves away from the almost blanket cash handouts paid out now. An alternative for allocating the funds would be to improve the transportation infrastructure and increase fuel and energy efficiency in the economy, while finding ways to support the lowest-income classes. One factor that may help the government in this endeavor could be the results of the national census that will take place in Iran in the next few months. Indeed, the census results may help the government distinguish between those social classes that genuinely need direct government support and the richer social strata.

Ultimately, the Rouhani administration will have no choice but to continue the current practices until after the May 2017 vote, and if re-elected, hope that it will have the needed political capital to put in place a program that will address the actual economic and energy consumption ills of the country.