What to Do About Iran's Subsidy Reforms? 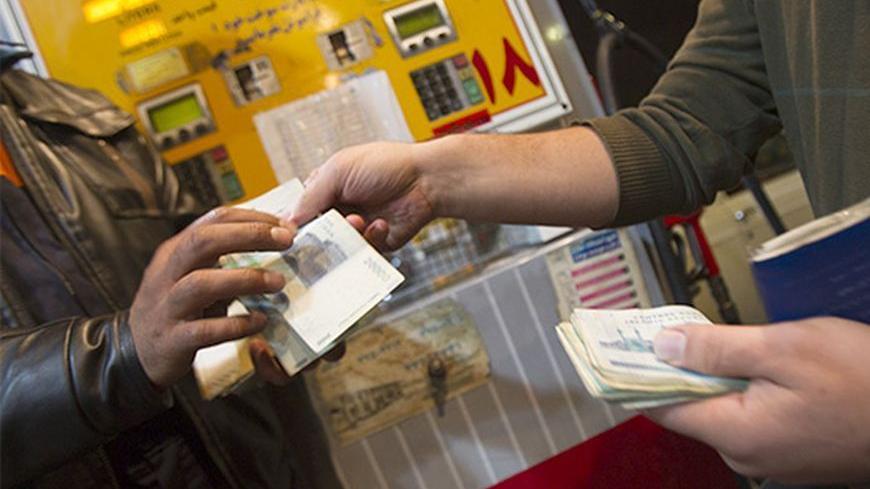 Last week, Iranian officials stated that the government faced a monthly deficit of 10,000 billion rial (about $400 million at the official exchange rate) to pay direct cash handouts to Iranian citizens. It is a known fact that the Ahmadinejad government filled similar gaps by illegally using funds from the Oil Stabilization Fund and the National Development Fund, however, the new government has decided to choose one of the two legal routes that are available within legal provisions, i.e., either increasing fuel prices or reducing the number of recipients of cash handouts.

Comments by key officials in government and the Majles indicate that the latter route has more supporters. First, no one is prepared to be responsible for an inflationary price hike in the current inflationary environment and, second, there are better arguments for the reduction of the number of recipients.

Vice President Mohammad-Bagher Nobakht stated in a recent interview that the number of recipients (which reportedly stands at 76 million) was higher than the total population of the country. These statistics indicate that corruption has crept into the management of cash handouts, especially considering that many upper-class citizens never signed up for the program. Consequently, the government seems set to discontinue cash payments to higher-income classes in Iranian society.

Though there is talk about cutting off payments to the top 30% income classes, it is still unclear how this would be implemented and how it would be decided which recipients would be removed from the current list. In fact, the government does not have solid information about the level of income of the upper-income classes in the country, most of whom are self-employed merchants, industrialists and speculative investors. Accurate information about income levels mainly exists for civil servants and employees whose salaries are listed on monthly social security insurance lists. However, the registered salary is only one component of income for many Iranian families, who may look like a middle class family on paper, but who may own properties that generate more revenue in rent than their monthly salaries. A cross-tabulation of information between official salaries and ownership of properties and other assets has never been tried in Iran, though the databases exist.

It is for the above reason of lack of transparency that many stakeholders, especially Majles deputies, are opposing the planned discontinuation of payments to some recipients. Parliamentarian Ezzatollah Yousefian Molla believes that the removal of 22 million citizens from the list of recipients would have unwanted social consequences. It should be noted that the figure of 22 million reflects the number of recipients who are needed to cover a monthly deficit of 10,000 billion rial.

Yousefian Molla states: “If the government makes a mistake about some 2 million citizens, there will be a wave of complaints to the Administrative Court and there will be no choice but to annul the amendment to the law!” Yousefian Molla offers an alternative and proposes, “The government should have the courage to state that the subsidy reforms have failed and that the payments will be discontinued to all citizens!”

There are no signs that suggest the government will declare the subsidy reforms a failure. One should not forget that the same subsidy reforms have generated an upside in the domestic consumption of energy. In fact, if one includes the monetary value of the actual energy savings, there would be justification to finance the gap through oil and gas export revenues. Obviously, that methodological shift would require a redrafting of the law — which would entangle the government and the Majles in a long and tense process. The government will be more interested in continuing the current format of the law, but also in revisiting cash handouts with the objective of creating a more just distribution of wealth in society. In fact, Nobakht commented in the above-mentioned interview that the original idea of the reforms was to create a more “just distribution” of the country’s resources. As such, the payment of equal cash handouts to every citizen negates the spirit of the plan.

Nonetheless, it seems impossible to determine which citizens should continue to obtain cash handouts and which should receive a higher monthly amount than others. One solution that some experts propose is to approach population groups based on their occupation or social position. For example, the highest amount should be paid to workers, especially those who are being paid the minimum wage (based on the information stored in social security entities). Other target groups could include civil servants, especially teachers, single household heads (especially women) and recipients of unemployment benefits.

If the government manages to identify the more vulnerable social groups based on cross-tabulation of data between diverse state institutions (property ownership records and taxation records), then it could come up with a completely new justification for who should be receiving cash handouts. This approach may also enable the government to allocate a meaningful amount of resources to various industries that have suffered as a result of higher energy costs. The fact is that in the current picture, there are not enough financial means to help Iranian industry to cope with the inflationary consequences of subsidy reforms — a challenge that has undermined the survival of many companies.

Parliamentarian and member of the Majles economic commission, Moussavi Largani, believes that the change of composition of recipients of cash handouts could be introduced coinciding with the introduction of phase two of the plan. However, phase two would only commence if the government approved higher fuel prices — a notion that is rejected at present due to its inflationary impact.

Evidently, any approach to balancing the revenues and expenses of subsidy reforms will be problematic. In its current format, even with some cosmetic changes, the program lacks financial sustainability, therefore there may be the need to return to the original law, which was one of the seven components in a larger campaign to restructure the Iranian economy, achieve a better distribution of wealth and make Iranian companies more competitive.

Maybe the government can restart and redefine the program through a more macroeconomic justification as opposed to reducing it to the financial position of individual citizens. In fact, average citizens would appreciate the value of other improvements in the economy, if they are communicated appropriately. In the words of one lady who commented on an online debate about subsidies: “If the government makes sure that my children will have appropriate jobs, then I would forego my cash handouts immediately!”