Government spending on health care and a long-term economic expansion helped Turkey achieve "very high human development" for the first time, according to a new UN report — but a shaky recovery from a currency shock last year could exacerbate inequality in the coming years. 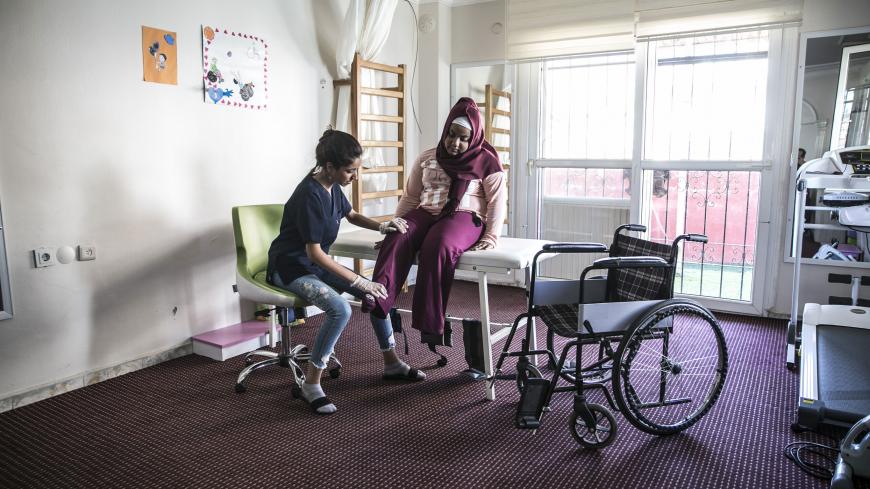 ISTANBUL — Investments in health care and economic growth over the past two decades have pushed Turkey into the top tier of the United Nations’ human development league for the first time. But economists warned recent economic turmoil could reverse the trend in the years ahead.

Improvements in life expectancy and income helped Turkey inch higher to a score of 0.806 from a previous 0.791 in the Global 2019 Human Development Report released by the United Nations Development Programme (UNDP) on Monday. A score above 0.8 is “very high” in the human development index, which measures citizens’ longevity, access to education and standard of living.

Turkey ranked 59th out of the 62 countries in the top category and 189 countries on the entire table. The report warned that climate change and technological changes are increasing inequality around the world and could contribute to civil unrest, especially in developing countries.

Turkey has avoided the type of protests sparked by economic anger and frustration with inequity that have gripped nations from Chile to Iran to Lebanon to France, due at least in part to tough policing against public demonstrations. (Seven women were arrested in Istanbul for performing the Chilean "Las Tesis" dance to protest male violence on Sunday.)

But anger over the economy did register in local elections earlier this year, when President Recep Tayyip Erdogan’s ruling Justice and Development Party (AKP) lost a string of mayoral seats, including the largest city of Istanbul and the capital Ankara.

A currency crisis in August 2018 that wiped out nearly a third of the lira's value and plunged the country into a brief recession earlier this year has not yet fed through to impact the longer-term measures in the HDI, said Ben Slay, senior economic adviser at the UNDP on eastern Europe and Central Asia.

The UNDP said that since 2000, per capita gross national income has jumped 82% to $24,905 annually in 2018 in Turkey, when expressed through purchasing power parity and the exchange rate is kept constant. That has helped Turkey improve its human development score by 23% since 2000.

“These changes are a result of long-run, gradual processes in the economy,” he said. “Short-term currency exchange fluctuations such as what happened in Turkey in the summer of 2018 … are not picked up by the HDI."

Slay went on, “I am very concerned about the human development implications of macroeconomic instability in Turkey. Even if this doesn’t immediately appear in the index for Turkey this year or next year, it certainly will in the long term.”

Before last year’s crisis, Erdogan had overseen a record expansion in Turkey’s economic output, which tripled since he came to office 16 years ago. Expanding health care has been a public policy cornerstone and a major source of the AKP’s enduring popularity. In 2003, it began an overhaul of the sector to improve health outcomes and protect people against financial risk, and within a decade it introduced universal health coverage.

The government boosted its share of spending on health care to nearly 80%, above the average of other Organization of Economic Cooperation and Development nations. Total health care expenditures including private plans reached 165.23 billion lira ($28.5 billion) last year, or 16% of GDP.

“Turkey deserves a lot of credit for the big reforms in health care that … the population now is benefitting from. Huge investments made in health care infrastructure, increasing the number of hospitals and health stations increased people’s access to health care, especially in major cities,” Slay said in response to a question from Al-Monitor.

“You see this in the form of big reductions in child mortality and the increase in life expectancy. These are huge accomplishments … and unlike other countries, Turkey doesn’t come from a socialist past with a very extensive investment in medical care.”

Despite the gains, inequality in Turkey has increased more rapidly than in other high development countries, the report showed. Turkey also lags behind its peers in gender equality, it said.

Turkey is suffering from the broad trend that has put the middle class everywhere under pressure. “Data on income poverty in Eastern Europe and Central Asia indicate that some five million people dropped out of the region’s middle class during 2014-2017,” the UNDP said.

Turkey’s middle class has seen its income stagnate since 2013. Only the top 20% have enjoyed increases in incomes in the period, while 60% of the population has seen almost no change, according to the state statistics agency. (The wealthy have not been entirely spared from Turkey’s economic pain: The top 1% saw their share of wealth decline to 43% from 54% last year, according to a Credit Suisse report.)

Official data released last week shows Turkey’s emergence from the brief recession has been mixed. Gross domestic product rose an annual 0.9% in the third quarter, but its quarter-on-quarter increase of 0.4% was far slower than the consensus of 1.1%. Inflation quickened again last month after a year-long slowdown, with consumer prices up 10.6% in November, according to the statistics agency’s release on Dec. 3.

Another recent barometer also showed Turkey is growing more unequal. The German nonprofit Bertelsmann Stiftung released its Social Justice Index last week, ranking Turkey 40th out of 41 countries in its assessment of how fair and inclusive a country is for its citizens.

Like the UNDP, the Bertelsmann assessment noted Turkey’s strides in health care quality, especially its success in halving infant mortality to 10 per 1,000 live births from 20.2 just a decade ago.