Foreign Minister Gabi Ashkenazi has not commented publicly about speaking with his Egyptian counterpart Sameh Shoukry, nor on the French-Egyptian initiative for a mini international peace conference. 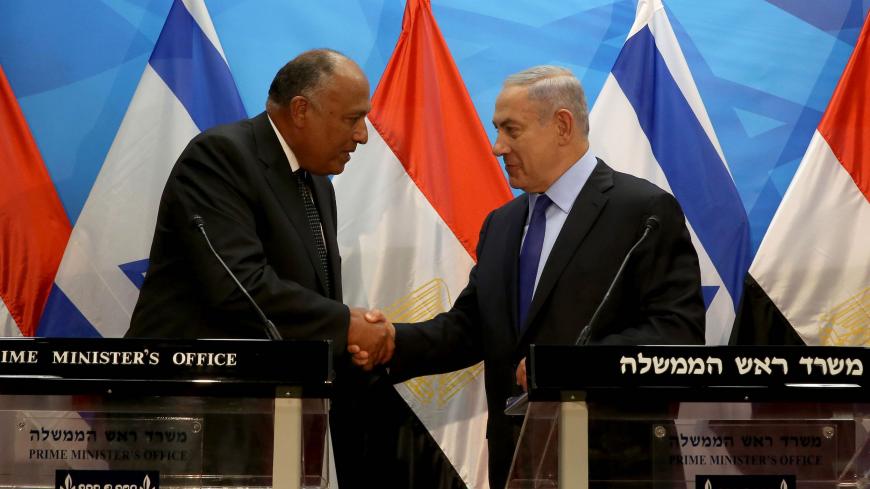 Both calls were made ahead of an international meeting scheduled for next week in Cairo, with the goal of reviving the Israeli-Palestinian peace process. According to a statement by the Egyptian Foreign Ministry, Shoukry, Ashkenazi and al-Maliki spoke in advance of a meeting with France, Germany, Jordan and Egypt to “discuss new ways to advance the peace process.” The statement also said, “Coordination is taking place at the level of the two foreign ministers as well with the Palestinian side within the framework of the necessary preparation for the Quartet meeting.” Ashkenazi and al-Malki will be each invited for a separate meeting with the four.

The foreign ministers of France, Germany, Jordan and Egypt last met in a July 7 video conference in response to efforts by Prime Minister Benjamin Netanyahu to advance annexation of parts of the West Bank. The statement issued after the meeting condemned his actions. “Such a step would have serious consequences for the security and stability of the region, and would constitute a major obstacle to efforts aimed at achieving a comprehensive and just peace,” it read.

The ministers underlined their firm commitment to a negotiated two-state solution, stating, “We discussed how to re-start a fruitful engagement between the Israeli and the Palestinian side, and offer our support in facilitating a path to negotiations.”

Diplomatic sources said at the time that the ministers had discussed holding an international conference to relaunch the Israeli-Palestinian peace process, but were waiting for the American administration to complete its own moves on the issue first.

The initiative came up to the table publicly in September 2020, in a speech delivered by Palestinian President Mahmoud Abbas at the UN General Assembly. In his address, Abbas asked Secretary-General Antonio Guterres to convene an international meeting on the Palestinian issue early next year, stating, "The conference should have full authority to launch a genuine peace process based on international law."

Abbas' mid-December visit to Qatar was reportedly aimed at ensuring Qatari support for the Palestinian Authority in anticipation of such a conference.

Israel has kept mum on all these statements. It did not react officially to the July meeting, nor to Abbas's call in September. Ashkenazi has not commented publicly on his phone call with his Egyptian counterpart yesterday. According to the Israeli press, Ashkenazi was invited to the four-part meeting in Cairo next week, but will not attend because of the nationwide closure in Israel that starts tonight at midnight.