Israeli artist Ron Peretz embraces the Moroccan Arabic she learned at home in hip hop music that is conquering hearts in Israel and the Arab world. 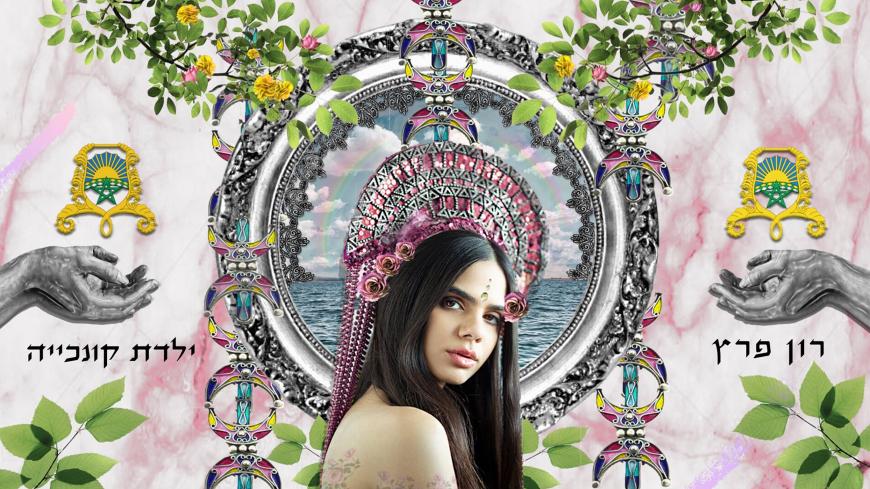 The peace agreements that Israel signed with the United Arab Emirates, Bahrain, Sudan and most recently Morocco are exposing Israelis to the rich Arab cultures of these diverse states. They now have a chance to appreciate their foods, music and architecture, which is obviously not entirely new to Israelis. After all, they live in the Middle East and many are immigrants from the Arab world. This special bond is particularly apparent between Israel and Morocco. Ron Peretz, a 27-year-old performer from Tel Aviv, embodies these ties in her music and unique voice.

Some 400,000 Jews have immigrated to Israel from the Maghreb region of North Africa, well over half of them from Morocco. Most came in the first years of statehood, from 1948 to 1953, with additional waves of immigration in the 1950s and 1960s. Only a handful of immigrants from these lands passed their language onto the next generation.

Morocco has been accessible to Israelis ever since the 1990s, excluding brief periods of tension between the two countries. Many Israelis took advantage of the chance to fly to Morocco in search of their roots and spend time touring the country. Local Israeli bands and orchestras perpetuated Moroccan musical traditions. One of them, the Andalusian Orchestra of Ashdod, was awarded the prestigious Israel Prize in 2006.

Peretz was born in Kiryat Gat, a town in southern Israel whose population consists mainly of North African, Russian and Ethiopian immigrants. She comes from a musical family. She told Haaretz, “My grandfather, Eliyahu Tobol, was a well-known cantor. He was also a teacher and school principal, making him the best-known person in all of Kiryat Gat. I’m proud to be his granddaughter. He was an inspiration for so many people.”

After completing her military service, Peretz spent five years studying music, performing in small clubs and competitions. As a student, she realized that she feels the greatest affinity to the sounds she heard at home, mostly Moroccan music as well as language. She spoke Moroccan Arabic with her grandmothers at home and worked with Dr. Moshe Cohen, a philologist who specializes in North African dialects of Arabic, to hone her language skills.

Peretz started performing Moroccan music with a unique twist, infusing it with her personality by incorporating hip hop. “When I translated my song into Moroccan Arabic and heard it for the first time, I immediately felt a connection to home. My parents speak Hebrew, but there is always Moroccan Arabic in the background. Every so often, they include a word or even a whole sentence in Arabic. My parents also spoke Moroccan Arabic among themselves, so that I would not understand what they were saying. I never imagined singing in the same language that my parents spoke. I suddenly realized that I needed to turn this into a whole project, instead of just one or two songs. I realized that the combination of hip hop and Moroccan music speaks to young people. Hip hop provides a certain balance. I grew up on it; it is sort of my place. So what I'm doing is taking my childhood language and music to a fun new place. When I sing in a club, everyone gets up to dance, even though its a language they don't really know.”

Peretz can be called a protest singer. The Moroccan Arabic dialect spoken by Jews from Morocco differs from the languages spoken by immigrants from other countries in that it has no official recognition in Israel and despite its immense popularity throughout the country, North African and other Mizrahi music was always considered an inferior genre in the Israeli mainstream.

Singer-songwriter Avihu Medina is behind some of Israel's biggest Middle Eastern hits. Nevertheless, he told Al-Monitor in the summer of 2019 that he sometimes thinks Israeli Middle Eastern music is more popular in the Arab world than it is in Israel. Medina, born in 1948 and of Yemenite origin, was one of the people who fought to win acceptance for the genre in the Israeli musical scene, a scene dominated for decades by patrons who promoted Eastern European and Western styles of music. Yet, as disparaging as they were to Israeli Middle Eastern music, Medina pointed out that artists from the Arab world had been there much longer than any other group of Israelis.

Israeli Mediterranean music is especially popular among music aficionados in Arab states. Singers like Zehava Ben and Sarit Hadad have performed in Jordan and even in the Palestinian territories, and Hadad is scheduled on a concert tour of the United Arab Emirates with Itay Levi, another popular Israeli artist. Israeli singer Elkana Marziano recorded a song with Emirati artist Waleed Aljasim.

Israel Prize laureate Edwin Seroussi, a professor of Arabic and Middle Eastern music, told Al-Monitor that the internet has eliminated national boundaries, enabling Arabs to listen to Israeli and Eastern music. Peretz has a huge fan base in Arab states who follow her work on YouTube, Spotify and other apps. Now she hopes to perform for them in person. She visited Morocco with her family last year to explore her roots, including a visit to the house where one of her parents were born.

Peretz’ cover of “The Drunken Song” protests discrimination against Jews from Arab lands and the racism they have faced in Israel for many years. The music video was filmed in Wadi Salib, a Haifa neighborhood famous for demonstrations by Jewish immigrants from Arab countries in the 1950s.

“I said to myself, ‘Why not link these all together?’ Jo Amar wrote the song about the protests in the 1960s. I realized that it connected well with the protest message of contemporary artist Tomer Yosef. It’s the old world meeting the new world. It’s only natural. I immediately imagined myself filming the video in Wadi Salib. I didn’t focus on the street. People will get it. Various communities in Israel — including Moroccans, Ethiopians and Russians — still face discrimination. I hope that at the very least, people will be ashamed of their racism once we make them more aware of it.”

Peretz makes a point of singing mainly in Arabic. When asked about people's reactions, she said, “I think that there was once more antagonism toward the language. There isn’t as much of that anymore. Someone asked me on YouTube, ‘Why do you sing in the language of our enemies?’ But we’re also Arabs. Where do we come from? We are the ingathering of exiles. I am Jewish with roots in Morocco, and my language is Arabic.”