Israeli Middle Eastern music is popular in various parts of the Arab world, where it forms a bridge through a common musical heritage. 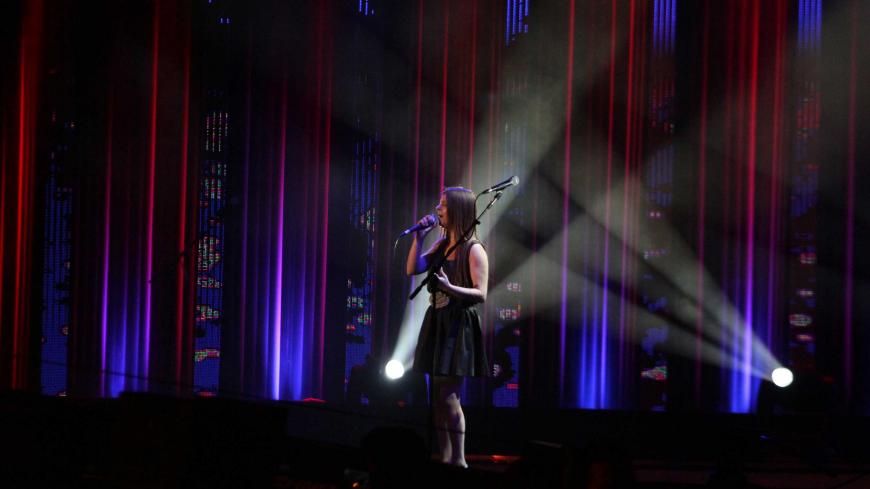 Israeli journalists attending the Regional Economic Conference in Bahrain in June were surprised to find local music stores selling CDs by Israeli artists such as Eyal Golan, Sarit Hadad and Moshe Peretz. What these performers all have in common is that their music, which is often noted for its vocal trills, is described in Israel as Middle Eastern or Mediterranean. The singers are often accompanied by local instruments like the oud, a short-necked, lute-like string instrument, and the darbuka, a goblet-shaped hand drum.

Israeli Middle Eastern music has long been popular in Arab countries, including the Palestinian territories, finding an audience in the latter part of the previous century. The singer Zehava Ben performed in 1996 in Jericho. Once considered the most popular Israeli singer in the Arab world, Ben has performed in many of the Arab states as well. In 2008, she entertained the idea of concerts in Lebanon and Gaza, but the Israeli security services stopped her from doing so. The pop singer Sarit Hadad performed in Jordan in 1997 under the name Sirit Hadad Mutra Beit Al Carmel, and while there, she even recorded an album of songs in Arabic.

Israel is considered a foreign transplant in the Middle East, largely because of its different culture, but Israel has a large population of Mizrahim, Jews from Arab lands, who immigrated in the 1950s and 1960s. The current estimate is that they and their descendants make up between one-quarter and one-third of Israel’s Jewish population, but accurate figures are difficult to calculate. The Mizrahim tend to sustain a connection to the native language of their parents’ generation, usually the Arabic dialect of their countries of origin.

The singer-songwriter Avihu Medina is behind some of the biggest hits on the Israeli Middle Eastern music scene. He told Al-Monitor that he sometimes thinks that Israeli Middle Eastern music is more popular in the Arab world than it is in Israel. A Yemeni Jew born in 1948, Medina took part in the fight to add this style of music to the Israeli soundtrack. Before that, Israeli music had been dominated for decades by music editors and opinion makers who preferred Western genres and traditional music from Eastern Europe, mostly Russian and popular in the 1950s and 1960s in Israel. They disparaged Middle Eastern music, even though, as Medina pointed out, oriental music was much more connected to the region than the music promoted by the decision-makers.

“We were born into the flavors, scents, and sounds of this region,” Medina said. “Arab music was all around us, particularly the music of Jews who lived in Arab lands. This music combined Middle Eastern instruments like the oud with texts from the Bible and the prayer book. Taken together, they formed a wonderful musical mosaic that wasn’t really accepted in Israel for decades. When you breathe Middle Eastern music from the day you are born, it becomes the preferred and most extraordinary musical genre for you and your surroundings. You communicate better with others who understand it. Our bond with our neighbors through music is natural, because we are the Jews of the Middle East, with our own rich culture. We never left the region, nor were we influenced by European culture. We have nothing to change about ourselves in order to integrate into the Middle East. We are an essential part of it, and the dominance of Middle Eastern Mediterranean music in Israeli culture connects the entire country to the region.”

Medina, who is also a manager and producer, said that Israeli Arabs and Palestinians can take credit for forging the first ties between Israeli Middle Eastern music and the Arab states. They bought cassettes and then CDs of Israeli singers who sang in a Middle Eastern style and shared them with relatives in Jordan and other Arab countries. Peace with Egypt and Jordan gave this practice momentum. Medina said that the most popular Israeli singer in Qatar is the late Zohar Argov, whose family hails from Yemen, and that in Kuwait the Revivo Project, an Israeli duo, is popular, with its repertory of Israeli Middle Eastern and Arabic songs.

Edwin Seroussi, a professor of musicology and director of the Jewish Music Research Centre at the Hebrew University of Jerusalem, remarked to Al-Monitor how the internet has eliminated national boundaries so Arabs anywhere can now listen to Israeli Middle Eastern music. He added that Zion Golan is a YouTube star in Yemen, where his parents were born.

“Most of them were born in Israel and are educated,” said Wasserman, who teaches at the Open University of Israel. “They are the second and third generation of Jews who immigrated to Israel from Islamic lands, while some of them are Palestinian Israelis. Most of them are well-versed in Western and Eastern culture, are admired professionally and serve as cultural entrepreneurs.”

She describes Israeli Middle Eastern music as a complex cultural system that combines Palestinian Arab music, music from the Islamic lands from which the artists’ parents emigrated, and music created in Israel but inspired by the cultures of their families' countries of origin.

One of the most interesting and refreshing developments in Israeli Middle Eastern music is the re-recording of popular songs in the classical Arabic music catalogue. These are the songs that today's performers grew up listening to in their parents’ homes. Zehava Ben, for example, is the daughter of immigrants from Morocco, where her father was a professional musician. In the late 1990s, Ben recorded an entire show dedicated to songs by Umm Kulthum, the Egyptian artist considered the Queen of Arab Music. Ben’s interpretation of Umm Kulthum’s hit “Enta Omri” (You Are My Life), accompanied by the Andalusian Orchestra, made waves across the Arab world, thrilling listeners with her rendition.

Other Israeli artists have been involved in similar projects. In 2010, the singer Shlomi Saranga, whose family hails from Egypt, recorded a Hebrew version of “Ghalu Lu,” a song by the famous Egyptian singer Abdel Halim Hafez. The new version was harshly criticized in Egypt and a member of the late singer’s family threatened to sue Saranga. Publicity surrounding the song resulted in it being played and performed incessantly on Egyptian radio and television and throughout the rest of the Arab world, exposing listeners to the Israeli singer’s music. Saranga said at the time that he had recorded the song as a gesture of respect to Hafez and the song’s composer, Kamal al-Tawil, whose works he borrows from in other songs. “I hope that opponents of the Israeli version will allow art to act as a language that brings peoples and cultures closer,” Saranga remarked.