A new generation of Israeli singers, many of whose families are from countries in the Arab world, choose to sing in Arabic in order to trace their roots. 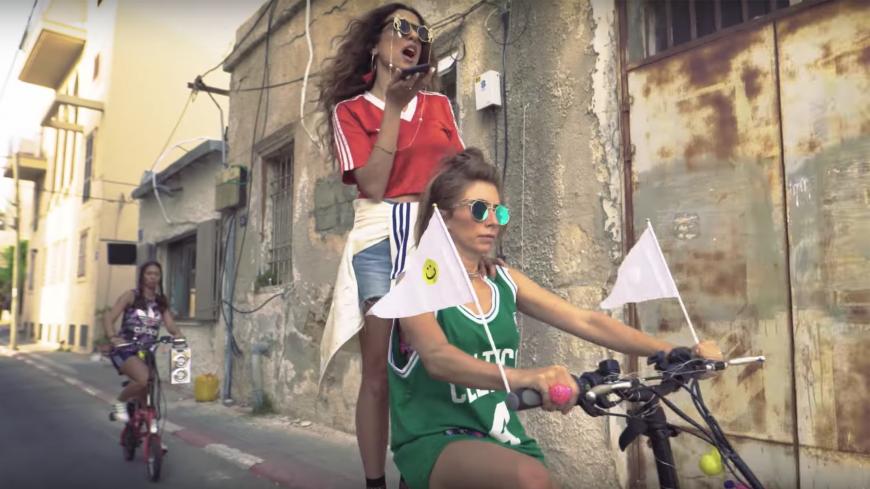 With her long ombre curls, naval-baring streetwear top and chunky gold jewelry, Maggie Hikri looks like any other Tel Aviv millennial as she bikes through the city’s streets in the opening scene of her latest music video, “Alashoo.”

As soon as the first chords of “Alashoo” hit, with their amalgam of synthetic pop and classical Arabic ughniyah (pop melodies with elements of different Arabic regional styles) minor-key strains, it is clear that Hikri’s music is different. When the Jewish Israeli singer starts to rap, she spills out a syncopation in perfectly accented Arabic.

Hikri, who goes by the stage name MAGI, released her first album in 2017 — and it is entirely in Arabic. The album merges the edgy street-style beats of modern Tel Aviv with the ancient Eastern musical traditions of her family’s Yemenite heritage. Like a handful of influential Israeli artists who came before her, Hikri is a Jewish Israeli musician who has chosen to perform entirely in the language of her ancestors. Among this new breed of Arabic-singing Israelis are the A-Wa sisters, whose “Habib Galbi” track was one of the primary Middle Eastern anthems of 2016; Egyptian- and Iraqi-influenced Dikla; and Arab Israeli singer Nasreen Qadri, whose music is loved equally by Jews and Muslims.

Nearly 50% of Israelis can trace their roots to Arabic-speaking nations like Yemen, Syria and Iraq. The discography of Israeli music shows that Arab-language music has held a small but hallowed place in the hearts of listeners in the Jewish state. Ofra Haza, aka "the Israeli Madonna,” filled Israeli airwaves with Yemen-inspired songs — in English, Hebrew and Arabic — as early as the 1970s. Iranian-born Rita, who achieved rock-star-level status in the 1980s and 1990s, sings in both Hebrew and Persian and represented Israel at the 1990 Eurovision Song Contest.

The younger generation of singers say that their choice to sing in Arabic comes not from a desire to erase their Israeli heritage, but rather to explore the underlying refugee stories.

“When the Yemenites emigrated from Yemen to Israel in the '40s and '50s, they started recording their songs. Until then, Yemenite music was passed down from one woman to another. It's an oral tradition that was never recorded until it came to Israel,” Tair Haim, the eldest of the A-Wa sisters, told Rolling Stone magazine in 2016. “I always knew that one day I would record an album in the Yemeni dialect, but I didn't know it would be my first album, and with my sisters.”

The sentiments of the A-Wa sisters appear to be echoed by other popular Jewish singers opting to produce music in Arabic. Dikla, whose parents fled Iraq and Egypt before settling in Israel, has never been able to visit her ancestral homelands. Israelis are barred from entry to Iraq, and strongly advised against travel to Egypt.

”I've been carrying [my parents'] culture … carrying it in my throat, actually, and in my heart. Egypt to me is a country I miss, even though I have never been there,” she said in 2016.

Correction: Jan. 5, 2017. An earlier version of this article mistakenly stated that Israelis are barred from entry to Egypt.