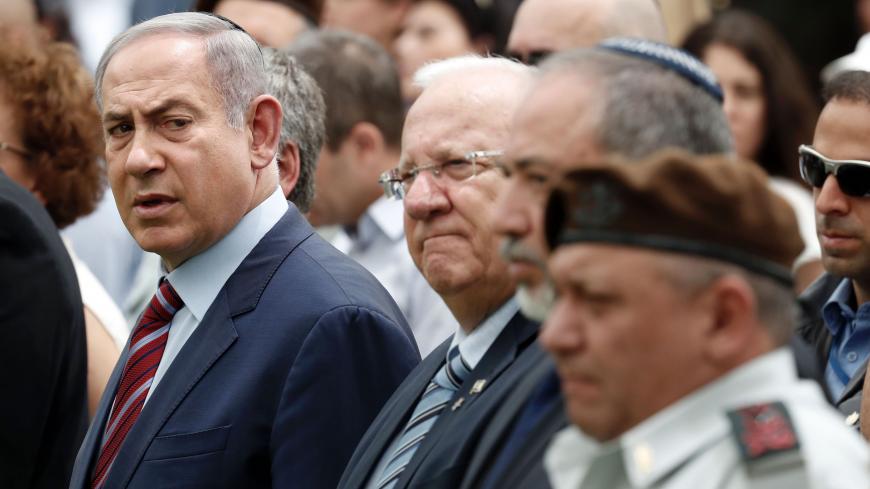 The person most courted in Israeli politics today is former Chief of Staff Gadi Eizenkot, and with good reason.

Despite the increasing likelihood that a fourth round of elections will take place in the first half of 2021, the center left remains a house divided. The entire camp coalesced around the current defense minister and chairman of the Blue and White party as recently as two years ago, but he has since fallen in stature. Blue and White has split into two parties, and even in his own there are those who contest his leadership.

It was an exciting moment when Prime Minister Benjamin Netanyahu's fall after almost 12 years in power seemed feasible. It came in 2019, when three former chiefs of staff — Gantz, Gabi Ashkenazi and Moshe Ya’alon — joined forces. They then teamed up with the chair of Yesh Atid, Yair Lapid, who brought in his well-oiled operation. At the time, the large centrist party seemed like a real threat to Netanyahu. Then, last May, the new party crashed against reality when Gantz partnered with Netanyahu in a unity government to combat the coronavirus pandemic, leading to the dismantling of the Blue and White. Lapid remained outside the coalition, announcing that he would head the opposition dedicated to taking down Netanyahu.

It was a train wreck. From that point forward, the self-proclaimed alternatives to Netanyahu collapsed like a tower of cards. It all climaxed recently, when it became clear that even Ya’alon no longer believes that Lapid can get himself elected prime minister. Ya’alon embarrassed the Yesh Atid chairman last week when he revealed that secret talks were underway to create a new party headed by Eizenkot, the most recent chief of staff to retire, effectively admitting that Lapid does not offer a real alternative to Netanyahu.

It was a devastating blow to Lapid’s image among the electorate and certainly contributed to the bad blood in the feuding center-left camp. All Netanyahu had to do was gleefully watch it all unfold. It is also safe to assume that he is not worried about Eizenkot. On the contrary, Netanyahu may well believe his entry could split the rival camp even more.

Nevertheless, there are quite a few people eager for Eizenkot to join the fray. There is something bright and promising about the former chief of staff, particularly to center-left voters. After all, the last two prime ministers from that camp were former chiefs of staff: Yitzhak Rabin in 1992 and Ehud Barak in 1999. But nothing much came of it since then even if in the last three campaigns, the center left chose three former chiefs of staff to run against Netanyahu. The soft right — the Likud — did not move over to the new party.

Lapid’s desperate, almost suffocating courting of Eizenkot over the last few days, offering to make him his number two in Yesh Atid, was amusing at best. Ya’alon didn't do much better, suggesting that the two of them form a new party together. Gantz’ invitation to join his party was the most deluded.

Getting voters to shift their allegiance from the Likud will take more than a few months. It will take years of hard work in the party’s strongholds in the social periphery. Most of all, anyone who offers an alternative to Netanyahu must present an agenda of his own. It is not enough to campaign under the banner of “anyone but Netanyahu.” It was a trap that caught everyone who tried to replace Netanyahu over the last few years, focusing only on removing Netanyahu from office.

The despair of the center left has driven some of its voters to extremes. There are now people on the left who are willing to support Yamina chair Naftali Bennett if it will bring Netanyahu down, never mind that Bennett advocates the annexation of West Bank settlements.

Eizenkot, 60, left the Israel Defense Forces in 2019 after a successful four-year term as chief of staff under Netanyahu. It wasn’t easy to work for such an envious and suspicious boss, but he managed to flit between the raindrops. In matters of principle, he never folded. The highlights of his career were Operation Northern Shield in December 2018 to destroy the Hezbollah tunnels along Israel’s northern border and his efforts to keep Iran from gaining a permanent foothold in Syria. Politically, Eizenkot believes that the Palestinian issue has been swept under the carpet for far too long and that Israel needs to take steps to find a solution, even if it means a compromise. Behind closed doors, he opposes annexation.

The center left also sees him as its great hope because of his family origins. His parents were immigrants from Morocco and he grew up in the town of Tiberias, long considered a Likud stronghold. These biographical details would weigh heavily in any other fight with the Likud. Yet while they are certainly an advantage, they are no magic wand. The path to the prime minister’s office would be a long and arduous trudge for anyone.

Eizenkot seems to be aware of this. Comfortably working in a small office in Tel Aviv’s Institute for National Security Studies, he seems to be feeling his way forward while examining all his options.

Eizenkot is acting wisely. He was quite insistent in rejecting Ya’alon’s initiative, saying that he has no part in it. If he enters politics, Eizenkot will not have many chances and faces huge risks. He needs to dive in with the utmost caution. In all likelihood, the election will be about “anyone but Netanyahu” and if he fails to topple the premier, his career will be over before it starts. He needs the center left to rebuild itself first. The way things look now, the next election will not bring them to victory. On the contrary, they will likely wind up even more divided.

Polls show Netanyahu getting stronger every day. Israelis are bitter over the raging coronavirus, but now they seem to have learned to live with it. Thousands of Israelis are flying to Dubai and a vaccine is on the way. Will Netanyahu win the next election and put together a coalition of the right and the ultra-Orthodox? His chances of doing just that are improving.