Iranian parliamentary adviser Hossein Amir Abdollahian said some of the "perpetrators" had been identified and arrested. 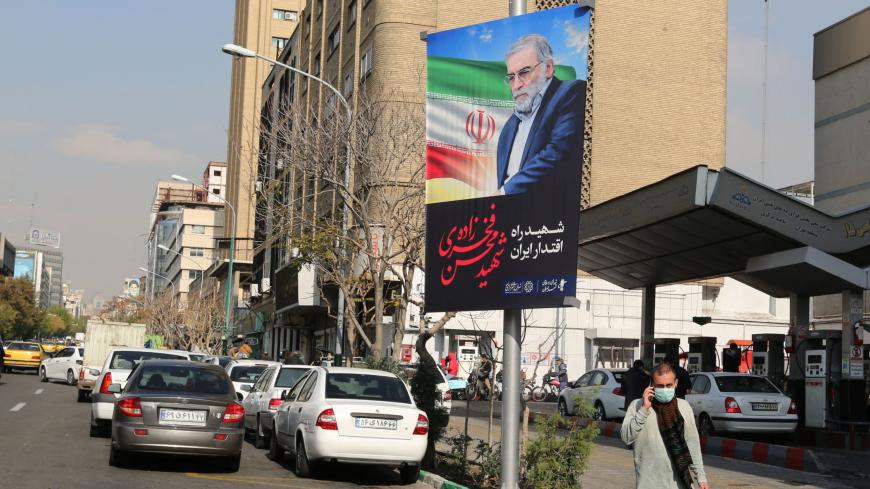 A poster depicting slain nuclear scientist Mohsen Fakhrizadeh is hung on a lamppost in the Iranian capital, Tehran, on Nov. 30, 2020, three days after he was assassinated. - ATTA KENARE/AFP via Getty Images

Iran has made several arrests in connection with the assassination of the country’s chief nuclear scientist last month, an Iranian parliamentary adviser said Wednesday.

"The perpetrators of this assassination, some of whom have been identified and even arrested by the security services, will not escape justice," Iranian parliamentary adviser Hossein Amir Abdollahian said in an interview with Al-Alam TV, according to Reuters.

Abdollahian didn’t offer any specifics on who was arrested, but added he believed there was evidence that indicates “who planned and carried out the assassination" and that proves the Israelis were involved, the BBC reported.

No country or group has claimed responsibility for killing Mohsen Fakhrizadeh on Nov. 27, and Iran has offered conflicting accounts of what happened. Most recently, the deputy commander of the Revolutionary Guard, Rear Adm. Ali Fadavi, said a remote-controlled automatic machine gun fired 13 rounds on Fakhrizadeh’s car as the scientist was driving outside Tehran.

Iranian leaders have accused Israel's Mossad intelligence agency of orchestrating the assassination with support from an exiled opposition group called the People’s Mujahedeen of Iran (Mujahedeen-e-Khalq).

Between 2010 and 2012, Israel was suspected in the targeted killings of several scientists involved in Iran's nuclear program, which the Jewish state sees as a threat to its existence. Unnamed US officials told The New York Times and CNN that Israel was behind the latest attack.

Israeli Prime Minister Benjamin Netanyahu refused to confirm or deny the reports of Israeli involvement when asked, saying only, “They always accuse us rightly or wrongly on anything that happens in Iran.”

Abdollahian said “there is no doubt” that the United States played a role in Fakhrizadeh’s assassination. The United States and Israel have a long history of intelligence sharing on Iran, but US officials have not said whether they knew about an Israeli operation in advance.

President-elect Joe Biden, who has pledged to reenter the landmark Iranian nuclear deal if Tehran comes back into full compliance, told CNN last week that it’s “hard to tell” how the assassination would impact those negotiations.