The Iranian government said it has identified those linked to the assassination of one of its top nuclear scientists and will retaliate after the investigation is concluded. 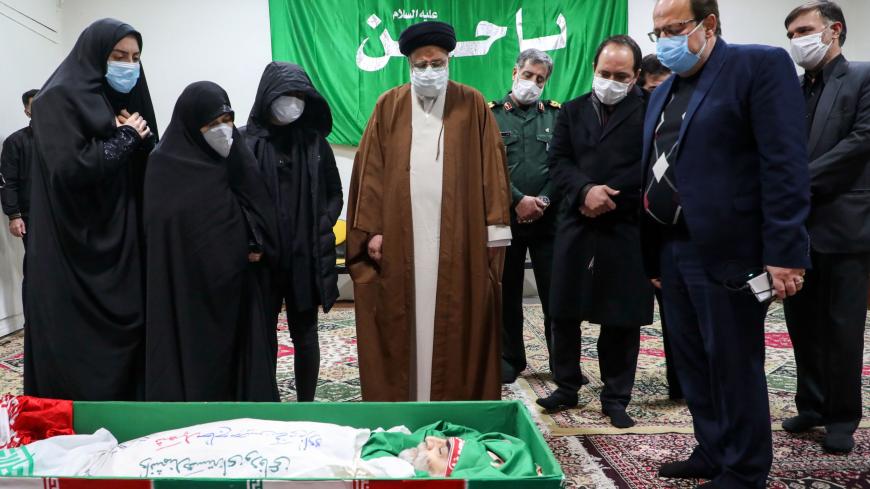 The spokesman for the Iranian government, Ali Rabiei, said the country’s Intelligence Ministry has identified those involved in the assassination of its prominent nuclear and missile technology expert, Mohsen Fakhrizadeh, who was gunned down east of the capital, Tehran, on Nov. 27.

Rabiei told Iran’s state TV that an investigation into all aspects of the incident is underway, after which Tehran “will work out reciprocation.” The spokesman did not reveal further details on those individuals or a possible foreign state linked to the attack. But Iranian officials have from the outset pointed the finger of blame toward Israel, which has not yet confirmed nor denied the allegation, adhering to its typical style in the aftermath of other assassinations targeting a number of Iranian nuclear scientists since 2010.

During a 2012 investigation into some of those killings, Iran arrested over a dozen of its own nationals and sentenced several of them to death before broadcasting their confessions. All but one of the other detainees, who endured months of detention, were released; intelligence officials issued no public statements at the time as to whether the original claims had been false.

Seven years later, one of those detainees, Maziar Ebrahimi, spoke out in exile, recounting horrifying details of how he and others made confessions under duress about links to Israeli spy agencies and were forced to read out fabricated stories of how they carried out the assassinations. In reaction to the revelation, the Intelligence Ministry admitted to the faulty nature of the investigations but said the detainees had been paid compensation.

Embarrassing enough for its high-profile nature and the security breaches it revealed, the Nov. 27 attack has put immense pressure on Iran’s security apparatus, a complex system run by two parallel and often competing organizations: the Intelligence Ministry, which is part of President Hassan Rouhani’s administration, and the Intelligence Agency of the Islamic Revolutionary Guard Corps (IRGC).

In 2014, after the earlier chain of assassinations, an IRGC secret service unit took charge of security and protection for Iranian nuclear scientists, effectively winning the covert battle against the Intelligence Ministry. After the latest incident, however, IRGC-affiliated media have been attacking the Rouhani government for its perceived failure to protect Fakhrizadeh.

Addressing such criticism, the government spokesman indirectly accused the IRGC Intelligence Agency of refusing to heed alerts from the Intelligence Ministry, which “months and even a few days into the attack had acquired specific details about the operation.” Such intelligence, acceding to Rabiei, had been shared with “the security organizations in charge,” namely the IRGC Intelligence Agency. “If they had been a bit careful and had followed the security protocols, they could have prevented the attack,” Rabiei added.

Earlier, on the sidelines of the slain scientist’s funeral Nov. 30, the secretary of Iran’s Supreme National Security Council, Ali Shamkhani, said that the scientist had been on the “enemy’s hit list since 20 years ago” and that security organizations already understood the threats, but “amid a pile of various intelligence reports, they did not take serious measures, and the enemy succeeded.”

In the aftermath of the attack, Iranian outlets put out multiple and mostly contradictory accounts on the assassination. Nevertheless, they are now gradually sticking to Shamkhani’s narrative, the first revealed by an Iranian official: The “sophisticated” attack was backed up by electronic warfare, with no actual presence of the assailants, who used a remote-controlled machine gun camouflaged in the back of an explosives-laden pickup truck, which was then blown up.