'They always accuse us': Netanyahu responds to killing of Iranian nuclear scientist 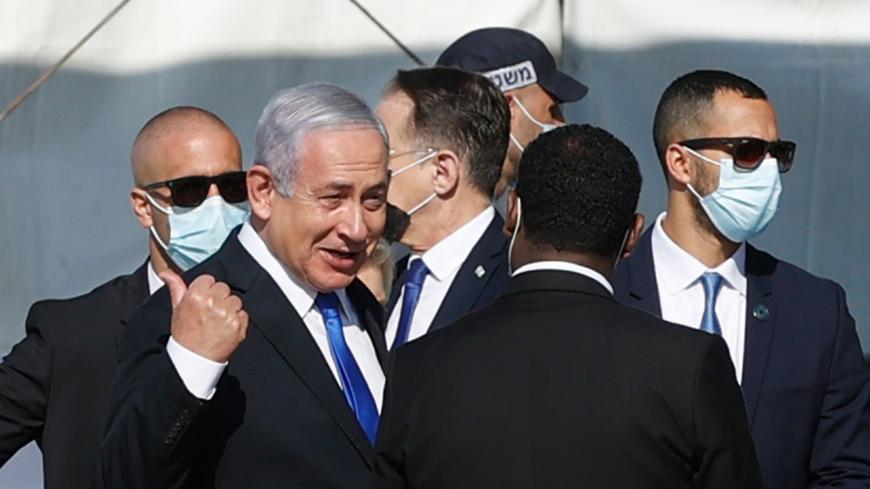 Israeli Prime Minister Benjamin Netanyahu offered only a “no comment” when asked Thursday about the allegations his country is behind last week's assassination of Iran’s chief nuclear scientist.

“They always accuse us rightly or wrongly on anything that happens in Iran,” he said during a virtual event with the Hudson Institute.

“Our longstanding policy is not to comment on such things, so I’m not going to do that now,” Netanyahu said.

No country or group has claimed responsibility for killing Mohsen Fakhrizadeh, whose car the semi-official Fars News Agency said was fired on Friday by a remote-controlled automatic machine gun.

Iranian leaders have accused Israel's Mossad intelligence agency of orchestrating the assassination with support from an exiled opposition group called the People’s Mujahedeen of Iran (Mujahedeen-e-Khalq).

Unnamed US officials told The New York Times and CNN that Israel was behind the attack.

Fakhrizadeh’s killing came less than two weeks after Secretary of State Mike Pompeo visited Israel as part of a seven-country Middle East tour, during which he discussed efforts to counter Iran.

Between 2010 and 2012, Israel was suspected in the targeted killings of several scientists involved in Iran's nuclear program, which the Jewish state sees as a threat to its existence. Tehran insists its nuclear facilities are used for peaceful purposes only, not building weapons.

“You shouldn’t believe everything you read,” he said.

Israeli and US news outlets reported that Netanyahu flew in a private jet to Saudi Arabia's Red Sea coast in what was his first known meeting with the country’s de facto ruler. Israeli Education Minister Yoav Galant appeared to confirm the reports, telling Army Radio the clandestine trip was an “amazing achievement.”

Netanyahu, meanwhile, is facing political pressures at home. Israel is headed for its fourth national election in two years after lawmakers backed by Netanyahu’s main governing partner, Benny Gantz, passed a preliminary vote Wednesday to dissolve parliament. Final approval for dissolution could come as soon as next week.