US warns Egypt to avoid Chinese companies on 5G connections

As part of the growing conflict between Washington and Beijing over the introduction of 5G networks in the world, the US State Department warned Egypt against resorting to Chinese companies for the launch of 5G networks and called on Egyptian companies to boycott their Chinese counterparts. 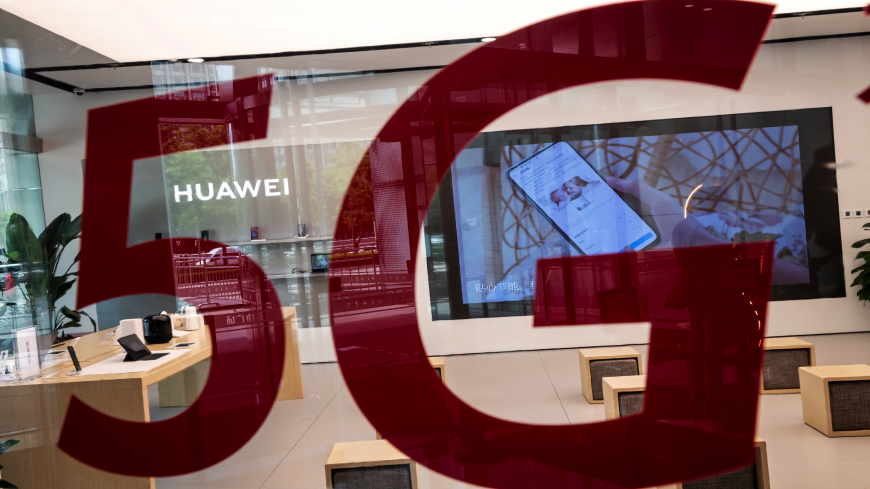 A shop for Chinese telecom giant Huawei features a red sticker reading "5G" in Beijing on May 25, 2020. - NICOLAS ASFOURI/AFP via Getty Images

CAIRO — As part of the conflict between Washington and Beijing over the introduction of 5G networks in the world, China’s Ambassador to Cairo Liao Liqiang launched during a press conference Oct. 25 a sharp attack on the United States and accused it of establishing spying platforms and suppressing the Chinese partners wishing to introduce the 5G technology.

The Chinese attack comes in the wake of statements made Oct. 23 by Keith Krach, the US State Department’s undersecretary of state for economic growth, energy and the environment, during a press conference at the US Embassy in Cairo, in which he warned against using Chinese companies to launch 5G networks.

“They (Chinese companies) offer cheap to negligible prices, but in the long run, the cost will be exorbitant because it is a matter of data protection,” Krach said.

Krach further called on the Egyptian companies to boycott Chinese companies, saying these companies are tools used by the Chinese government to steal and employ customer information for the benefit of Chinese security services. He called on them to join a “clean network” that protects their data instead.

According to Krach, the clean network is a coalition of countries committed to securing their information from “malign actors” such as the Chinese Communist Party. He declared that the clean network coalition includes more than 40 countries around the world and about 60 companies from communications and technology giants, to securely obtain the 5G generation.

For his part, Liqiang said at the Oct. 25 press conference held in Cairo, “What the US side is calling for under the name of a ‘clean network’ can safely be called ‘a dirty network,’ ‘an eavesdropping network,’ ‘a monopoly network’ and ‘an ideological network.’”

“In order to prevent Chinese companies from achieving a leading feature in the field of 5G, US politicians have resorted to every means possible to suppress such companies,” he added. “Chinese-Egyptian cooperation is a matter restricted to China, and Egypt and does not require any US interference.”

China has been recently seeking rapprochement with the Egyptian government. On Sept. 3, Michael Lee, senior IT client services engineer at the Chinese Huawei company, met with Egypt’s Minister of Electricity Mohamed Shaker to discuss ways to gradually shift to the smart electricity grid system. He expressed the company’s commitment to modernizing the electricity sector in Egypt.

On July 8, Liqiang said that Chinese aid to Egypt exceeded 100 million Egyptian pounds ($6.3 million) and stressed that the Chinese government will provide another batch of aid to help women and children in Egypt fight the coronavirus.

On May 11, Tim Zou, CEO of the network sector at Huawei Egypt, said that the deployment of the 5G communications technology will contribute to supporting the technological revolution the world is currently witnessing.

On Oct. 28, Lee said during a seminar organized by Huawei to discuss digital transformation in the world, “The company’s business in Egypt is a major axis for the company’s future business plans in the Middle East and North Africa.”

Huawei has a strong presence in Egypt, and the company has a network service center in North Africa based in Cairo.

Passant Fahmy, an economics expert and a member of the parliament’s Economic Affairs Committee, told Al-Monitor that “the conflict between the two largest economic powers in the world (the United States and China) over developing 5G networks was not [on the] spur of the moment, as the US banned Huawei in the US, and there is a declared war between the two sides. However, this time around Egypt is now involved, as the two sides try to win it over given its unique location as a gateway to investment in Africa and the Middle East.”

On May 19, 2019, in an effort to limit the expansion of Chinese technology into the world, the Donald Trump administration announced the inclusion of Huawei and 70 of its subsidiaries on the “Entity List,” which is a blacklist that prevents the Chinese entity from purchasing parts or components from US companies without obtaining approval from the US government.

Fahmy expects Egypt to try to maintain in the coming period a good balance in its relations between the two countries in a bid to preserve its interests.

“The comparison is very difficult. Egypt has a good relationship with the US, and there is a great agreement between presidents [Abdel Fattah] al-Sisi and Trump. In the meantime, China has huge investments (in Egypt), and these have significantly increased over the past period, as China is investing in the administrative capital, among other areas,” she added.

According to statements by the Chinese ambassador to Cairo on Oct. 26, the volume of Chinese direct investment with Egypt rose by 34.6% compared to last year, reaching $71.68 million.

China is implementing the towers and skyscrapers project in the New Administrative Capital, which includes 20 towers, including the highest tower in Africa, with a height of about 400 meters. The project area stretches over 1.71 million square meters with investments estimated at $3 billion.

Jamal Mazloum, a military expert and adviser at the Nasser Higher Military Academy, told Al-Monitor that in the event of increased US pressure on Egypt, the latter will be forced to stop dealing with Chinese companies and will have to rely on their US counterpart, as it will not risk its relations with the United States, especially considering the US support that will be provided in order for Egypt to launch such networks.

In an attempt to lure the Egyptian government into cooperating with US companies, Krach called on Egypt to apply for funding from the US International Development Finance Corporation to convert its network to 5G.

Trump showed his support for Egypt in the Grand Ethiopian Renaissance Dam crisis, as he said Oct. 24 during a phone call with Sudanese Prime Minister Abdalla Hamdok that Egypt might blow up the dam because of the intransigence of the Ethiopian side.

The US aid to Egypt amounts to $2.1 billion, divided into $815 million in economic aid and $1.3 billion in military aid.