The first phase of the tender for building the 5G wireless network in Israel has passed its deadline, with Chinese bidders apparently left out. 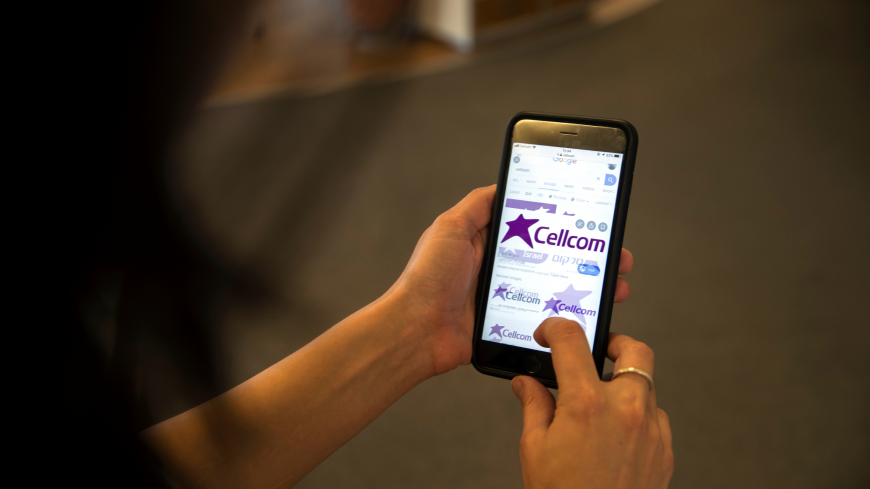 Logos of the Israeli mobile phone company Cellcom are seen on a cellphone in this picture illustration taken in Jerusalem, Dec. 19, 2019. Cellcom is one the companies that participated in Israel's 5G network tender. - REUTERS/Ronen Zvulun/Illustration

June 4 was the deadline for companies to submit their bids for the deployment of 5G wireless networks in Israel. And while the Communications Ministry has not yet revealed the names of all the telecommunication groups participating in the tender for the next-generation cellular network, it seems that China was left out. According to a Channel 12 report May 27, the Defense Ministry recommended against allowing Chinese firms to participate in the construction of the country’s 5G infrastructure.

The closure of the 5G tender was certainly good news for newly appointed Communications Minister Yoaz Hendel. He said, "This is an important day for Israel, on the brinks of a new technological revolution. The fifth-generation technology will enable speedy developments in the fields of health, society, data accessibility, agriculture, economy and industry. It has diplomatic and security implications, but most of all huge potential to advance and evolve the state of Israel.’’

June 4 marks the completion of a process that started in Israel several years ago. After many discussions and consultations, the Communications Ministry published a call for proposals in July 2019. At the beginning, Israeli companies were unhappy over the conditions and criteria involved. Some of the companies boycotted the tender, while others petitioned the court against the framework imposed. It took several months of negotiations for the process to get rolling. Now that the deadline has passed, a committee is expected to examine the various proposals and decide on the winners, which could immediately start building antennas. In fact, the state plans to offer financial incentives to companies that build 250 antennas during the first year and a half after the conclusion of the tender.

5G networks should enable faster download speeds, which in turn might offer the operating companies access to connected technologies such as smartphones, computers and even cars. US President Donald Trump said in April 2019, "The race to 5G is a race America must win. … It’s a race that we will win.” And so, for the past two years, the Trump administration has been voicing its objection to Chinese companies, Huawei in particular, participating in Israeli 5G tender and in other infrastructure bids.

US Secretary of Defense Mark Esper met in February in Washington with his Israeli counterpart, then-Defense Minister Naftali Bennett. According to some reports, the issue of 5G was one of the issues that came up in the discussions. On May 13, Secretary of State Mike Pompeo visited Israel, meeting with Prime Minister Benjamin Netanyahu and his political partner Benny Gantz, who is now the defense minister. This meeting also included American warnings against Chinese involvement in the construction of infrastructure in Israel. In fact, following that visit, Hong Kong-based Hutchison was left out of the race for the construction of Israel’s largest desalination plant, Sorek 2. And on May 26, US ambassador David Friedman met with Hendel, who had been newly appointed as communications minister, to discuss the 5G tender. It appears that the US efforts bore fruit. Although there are no clear official Israeli statements to this effect, the likelihood of the country’s 5G infrastructure being built with Chinese technology is very low, if not nonexistent.

On the same note, Israel’s committee for inspecting foreign investment is expected to look into the request of Hutchison to buy stock in Israel’s telecommunications company Partner, which would allow the Hong Kong company to regain control of the business. However, Partner just participated in the 5G tender, and what looked like a done deal last year might not be the case this year.

China in the Mideast
Technology
Trump