Under pressure from the US administration, Israel has chosen a local company over a Chinese one to construct and operate its massive new sewage water desalination plant. 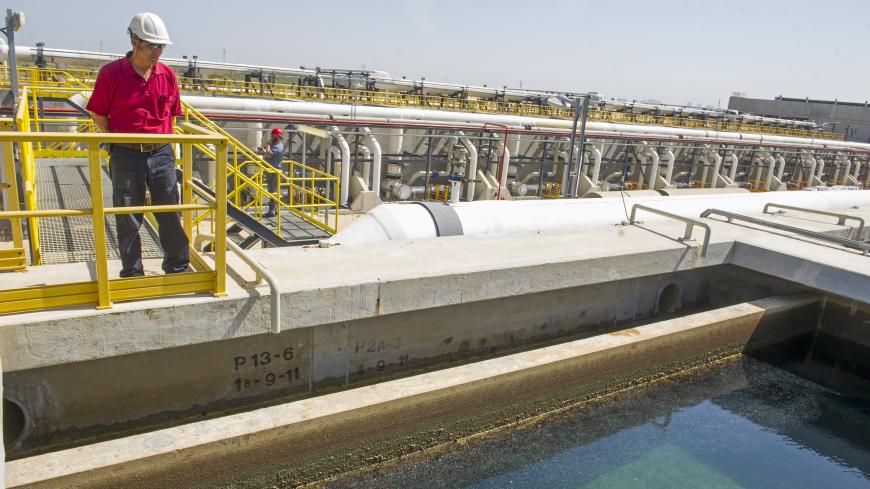 Hertzel, a security guard at the IDE Technologies Sorek Desalination Plant, looks out over the water treatment facilities on May 20, 2015, south of Tel Aviv, Israel. - Ann Hermes/The Christian Science Monitor via Getty Images

Israeli authorities announced on May 26 that local company IDE technologies was chosen to construct the Sorek 2 sewage desalination plant in the south of the country. Israeli Hutchison Company, an affiliate of the Chinese Hutchison, was considered until recently the frontrunner for the tender, but American pressure against its candidacy evidently worked.

Sorek 2 is expected to be one of the world's largest desalination plants, increasing Israel’s desalinated water production by 35% and lowering water costs. Five other desalination plants already operate in Israel, but Sorek 2 will be the biggest. A 2018 tender invited companies to bid on its planning, construction and operation for a period of 25 years.

Still, the decision to pick the Israeli contender was reportedly also influenced by American pressure against Chinese involvement. The current and previous US administrations had pressured Israel over the past few years to limit its commercial relations with China in sensitive areas such as cyber technologies and infrastructure. The United States was disappointed over Chinese involvement in construction projects in the ports of Haifa and Ashdod. Two years ago, Israel agreed to an American demand to establish a special committee for examining and controlling foreign investments in the country.

On May 12, one day before the visit to Jerusalem by Secretary of State Mike Pompeo, Israel announced it would reconsider the participation of Hutchinson in the desalination tender, but the announcement evidently fell short of American expectations. On May 13, speaking at a joint press conference with Prime Minister Benjamin Netanyahu, Pompeo referred obliquely to China, saying Israel is "a great partner. You share your information, unlike some other countries that try and obfuscate and hide information. And we’ll talk about that country, too." According to reports, Pompeo raised the specific issue of Sorek 2 in his talks with Israeli officials.

The Hutchinson issue has now been removed from the Israel-US agenda, but the issue of Jerusalem-Beijing ties is far from over. China has invested in many Israeli firms in recent years, including the largest food distributer in Israel, Tnuva. In 2019, when Israel first decided to privatize some of its electricity production, the China Harbor company bought shares in the Alon Tavor power station in the north of Israel. Currently, China Harbor is interested in buying shares in a second power station, this time in the south of the country.