Report: Israel turned down US request to inspect Haifa port after deal with China

Officials warned the US Navy may not visit the Haifa area if a Chinese state-run company takes up management of the city's port. 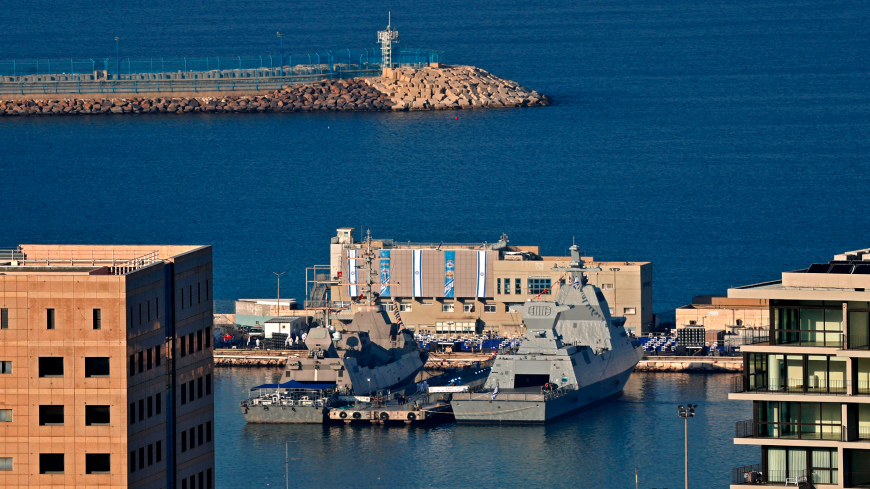 The German-made Saar 6-class corvette (R), purchased by the Israeli navy, is moored in the military port of Haifa in Israel, after its arrival on Dec. 2, 2020. - JACK GUEZ/AFP via Getty Images

Israel’s government declined a request last year by the Trump administration to allow the US Coast Guard to inspect the port at Haifa for Chinese surveillance capabilities.

The revelation by Haaretz on Monday marks the latest development in a three-year disagreement between Israel’s government and US officials over a Chinese majority state-owned company assuming management of the port this year.

Shanghai International Port Group Co. (SIPG) signed a deal with Israel’s Transportation Ministry in 2015 to build up and run Haifa’s commercial port. The deal prompted objections from the US government in 2018, as ships from the US Navy’s 6th Fleet frequent an adjacent Israeli navy base. The base at Haifa reportedly houses Israeli nuclear weapons-capable submarines.

The United States has cautioned that its Navy may no longer use the site if the Chinese state-owned company takes over management of the port. SIPG has committed more than $2 billion to expand and upgrade the port and is set to run it for 25 years under the agreement.

US officials are concerned that the company could enable Beijing to spy on the US Navy and its activities with Israel’s forces. The US government has accused Chinese companies of theft of American companies' trade secrets and of collaboration with the People's Liberation Army.

A spokesperson for the US Navy’s 6th Fleet did not immediately return Al-Monitor’s request for comment on Monday.

The Trump administration urged Israel not to collaborate with SIPG on the port’s expansion, a request Israeli officials ultimately declined after an internal review of the deal.

China’s growing infrastructure influence in Israel has drawn concern in Washington, where officials see Beijing’s overseas investments as key to its growing economic and soft power. The US government is currently undergoing a strategic pivot to counter China’s seemingly inevitable rise as a regional and potentially global power.

Last year Israeli officials awarded IDE Technologies, a local company, the rights to construct a desalination plant. Hong Kong-based Hutchinson Water was passed over for the deal, reportedly after US pressure.