Biden's CIA director raised concerns about Beijing's growing investment in Israel, according to a report. 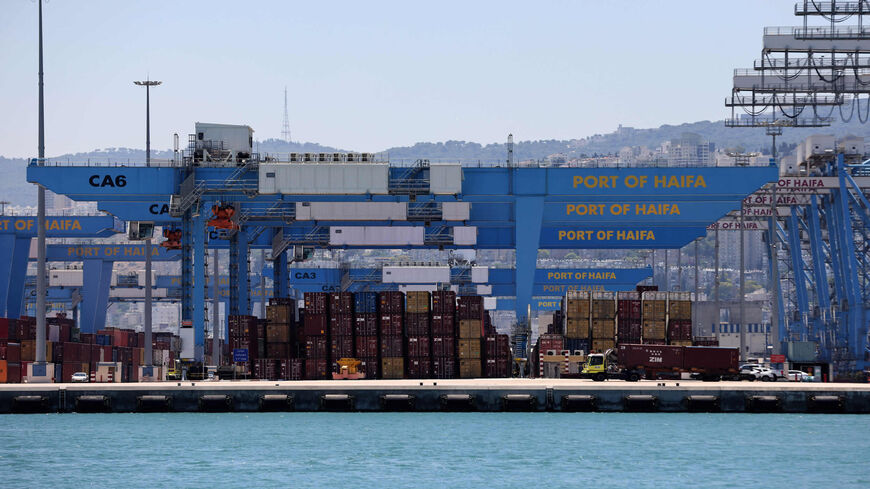 This picture shows containers and cranes on a dock of Haifa port, Israel, June 24, 2021. - Emmanuel Dunand/AFP via Getty Images

China in the Mideast
Economy and trade
September 2, 2021

Israel opened a new terminal run by a Chinese firm at the port of Haifa on Thursday, in a move expected to boost Israel’s economy and open new opportunities for trade with Gulf countries.

The inauguration comes as Israel seeks to increase the flow of goods into its ports and increase competition by lowering prices. Israel relies on its ports — chief among them Haifa — for some 90% of the country’s goods.

The 25-year management agreement raised security concerns in Washington. The US Navy frequently makes stops at Haifa, while the Israeli navy also maintains its largest base adjacent to the port.

Chinese infrastructure investment in Israel developed into an increasingly uncomfortable subject between the two allies during the Donald Trump administration.

Burns’ discussion with Bennett last month marked the highest-level talks between the two new governments on the subject so far.

In February, Haaretz reported that Israeli officials had last year rejected a US request to inspect the port for Chinese surveillance material.

A US Navy spokesperson told Al-Monitor at the time that there was no change to routine military operations with Israel. “Our partnership with Israel remains steadfast,” Cmdr. Kyle Raines, of the US Navy’s Sixth Fleet, wrote via email.

That response came after the Navy warned it may have to change its operations at Haifa due to potential security risks.

Israel’s port of Ashdod is also undergoing major construction under the direction of state-owned China Harbor Engineering Company. It will be managed by the Switzerland-based Terminal Investment Limited.