Pompeo to warn Israel over Chinese involvement in water plant

Secretary of State Mike Pompeo is expected to warn Israel on his Wednesday visit against letting a Chinese firm build and operate the biggest seawater desalination plant in the world. 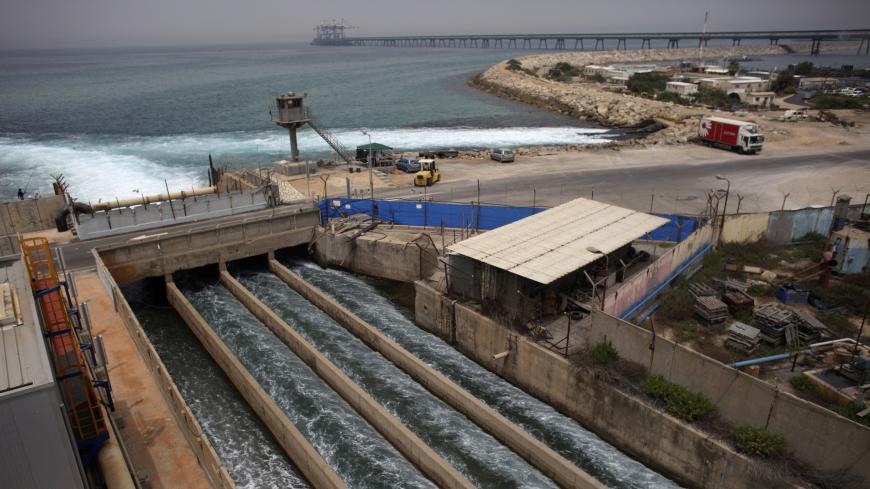 Briny water flows into the Mediterranean Sea after passing through a desalination plant in the coastal city of Hadera, May 16, 2010. - REUTERS/Nir Elias

US Secretary of State Mike Pompeo is scheduled to arrive in Israel on May 13. Though there are many issues on his agenda, one specific topic is particularly sensitive, since it revolves around tiny Israel’s involvement in the worsening clash between Washington and Beijing. The Americans are worried that the Chinese firm Hutchison will win the tender to build the world’s largest desalination plant planned for the Palmahim Mediterranean coast in the south of Israel.

The facility, known as Sorek 2, will produce 200 million cubic meters of drinking water per year, raising the total water processed in Israeli desalination plants to 786 million cubic meters per year. This amounts to some 85% of all domestic and municipal consumption per year. The tender is worth an estimated $1.5 billion. Whoever wins it will operate the facility for 25 years. According to Barak Ravid of Channel 13 News, the US administration has asked Israel to reassess Hutchison’s participation in the bidding, even though it has already reached the final stage of the tender. According to various diplomatic sources, messages sent by Washington to Jerusalem were unequivocal about the matter.

“The Americans are very worried about China’s efforts to expand its foothold around the world by investing in strategic infrastructures. They regard this as a threat to their national security,” says Galia Lavi, a post-doctoral student in the East Asian Studies department of Tel Aviv University who also conducts research for the China-Israel program at Israel’s Institute for National Security Studies. She tells Al-Monitor, “This is not one of [President Donald] Trump’s whims. The current president may say it more sharply than his predecessors, but the Americans have been keeping a worried eye on what China has been doing for several years now. What concerns the US most is what they identify as a Chinese attempt to dominate the future technology market. Israel has the reputation of being a greenhouse for advanced technologies, so China shows interest in what is happening here. That is exactly what alarms the United States.”

As the former head of Israel's water authority, Alexander Kushner fully understands what is motivating China. “The Chinese have been tracking Israel’s water market for over a decade now,” he tells Al-Monitor. “As far back as when I headed the water authority, Chinese delegations came to learn more about our desalination technologies. The Chinese are out there, hunting for knowledge. We knew that they were going all around the world, armed with unlimited sums of money, just looking for where to invest. They are attempting to acquire any technology that they believe they might need at some point in the future. They don’t care if they [currently] lose money on it.”

“Israel is one of the world’s leaders in all matters pertaining to energy efficiency in the desalination process,” Kushner adds. “This is a very important point, because it is now thought that the shortage of water will become a central issue for many countries around the world over the next few years. There are three reasons for this: a rise in living standards and the quality of life, a growing population and climate change. Certain models that we developed a while ago predict extended droughts in large parts of the world. The Chinese are farsighted. They want to control those methods with proven experience in dealing with this drinking water crisis.”

Kushner admits that Israel is a convenient target. “Israeli has become increasingly friendly to the Chinese over the last few years. They are involved in constructing the new ports in Ashdod and Haifa, as well as the railroad, and they feel comfortable here. The government opened a door for them,” he explains. That is exactly why last year, the United States demanded that Israel establish a special committee to investigate foreign investments in the country, hoping it would slow Chinese involvement in the Israeli economy at least somewhat.

“In the case of the desalination plant, the Americans see it as a test case for them to assess whether Israel really is investigating Chinese investments. They expect the committee to convene,” says Galia Lavi. “In 2015, the Americans lost the tender for Haifa port, and the Chinese ended up acquiring the concession to run it. What makes this deal different is that it has yet to be signed. This means that they still wield influence over it.”

Another issue that bothers the Americans — not to mention Israeli security experts — is the location of the planned desalination facility. It is right next to the Palmahim Airbase, where American troops are stationed, and not far from the Nahal Sorek Nuclear Research Center. A 2019 report by Amos Harel of Haaretz claims that the head of the Defense Ministry's Security Authority, Nir Ben-Moshe, sent a letter to the Finance and Energy Ministries in which he expressed sharp opposition to the decision to allow Hutchison to participate in the tender. The letter seems to have had little effect, as the authorities decided to allow Hutchison to proceed with the tender anyway.

Lavi is convinced that Israel is caught between a rock and a hard place. “Prime Minister Benjamin Netanyahu’s close personal relationship with Trump won’t really help here,” she warns. ‘’When it comes to the Chinese acquisition of infrastructures in the West, the United States is very insistent on its position. Israel would be stabbing them in the back, as far as they are concerned, and the situation could soon deteriorate into a repeat of the Phalcon crisis. On the other side of the equation, however, the situation with China is also very complicated. It is in Israel’s interest to maintain good relations with China. Netanyahu has been pushing ahead with closer economic ties between Israel and China ever since 2013, with a focus on Chinese investments in Israel and the encouragement of tourism and trade. Obviously, he will try to avoid ruining that relationship, but at the same time, he will also try to avoid upsetting the Americans. The really important question is whether that is possible.”