The United States is concerned about Israel's ties with China, especially aspects of technology cooperation. 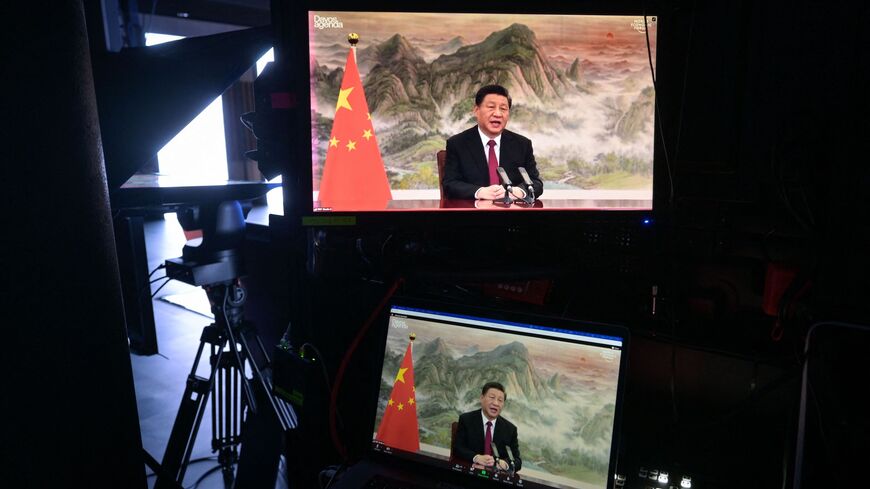 Chinese President Xi Jinping is seen on the TV screen speaking remotely at the opening of the WEF Davos Agenda virtual sessions at the WEF's headquarters in Cologny near Geneva on Jan. 17, 2022. - FABRICE COFFRINI/AFP via Getty Images

China praised its friendship with Israel today on the 30th anniversary of the two countries establishing ties.

President Xi Jinping called his Israeli president Isaac Herzog to “celebrate” the establishment of relations between the People’s Republic and Israel. Xi particular praised the innovation committee established between the two countries.

“Since the establishment of the innovative comprehensive partnership between the two countries in 2017, exchanges and cooperation in various fields have been fruitful, bringing tangible benefits to the two peoples,” said Xi, per a Foreign Ministry statement. “I attach great importance to the development of China-Israel relations.”

The China-Israel Joint Committee on Innovation Cooperation was established in 2014 as a dialogue mechanism between Israel and China on technological development. The committee convened today for a virtual meeting, Israeli news outlets reported.

“The Chinese, like the Israelis, are not afraid of new ideas,” Israeli Foreign Minister Yair Lapid tweeted about the meeting.

China and Israel’s relationship is largely based on economic cooperation, including trade. The Chinese state-run company opened a port in the Mediterranean city of Haifa last September to this end. China views the port as a key part of its Belt and Road Initiative, which aims to link global infrastructure.

The United States, which gives Israel billions in aid per year, has long opposed Israel’s ties to China across Republican and Democratic administrations. Washington is particularly concerned about potential Chinese access to Israeli technology.

The Israeli government has reportedly told the United States it will be more transparent about its dealings with China.