Israeli-Chinese ties scrutinized by US

Washington might soon demand that Israel pick a side in the security and trade conflict between the United States and China. 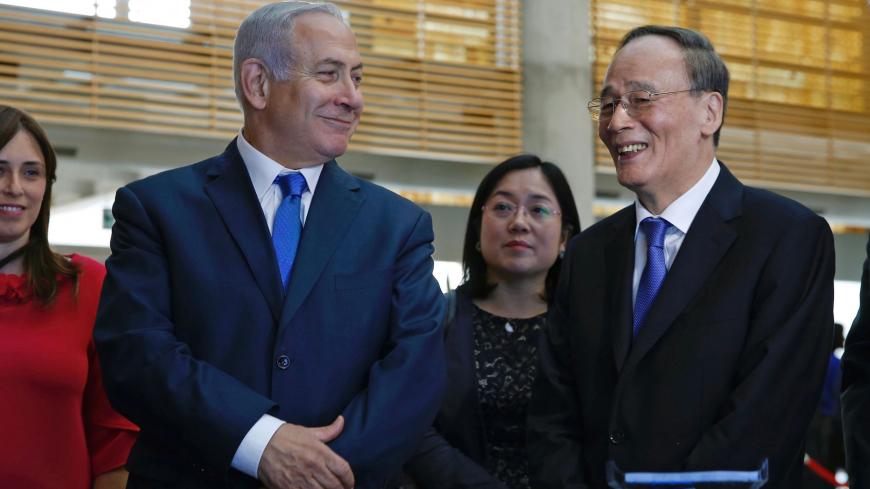 Against the backdrop of increasing tensions between Washington and Beijing, Israel’s ties with China are being closely scrutinized by the American administration. According to reports on May 19, the United States has been asking its allies, Israel included, to eliminate its ties with China in sensitive areas with security risks. The issue was also discussed during the May 13 visit of US Secretary of State Mike Pompeo to Israel.

In his meetings in Israel, Pompeo warned Israel  against the Chinese participation in infrastructure projects, hinting at a tender for building a huge desalination plant in the south of Israel (Sorek 2 near Ashdod). But recent reports say the United States is also scrutinizing Israeli ties with China involving other spheres. For instance, a May 18 report by Bloomberg suggests that Israeli academics' ties with Chinese counterparts are also on the US radar, particularly academic projects involving technology research and development.

The United States has been pressuring Israel the past few years to more closely review and tighten control over foreign investments in sensitive areas. Following that pressure, Israel established in 2019 a special committee to restrict Chinese investments in Israel. But according to an unnamed US senior official, Israel must now take more concrete actions to reduce its sensitive ties with China. The Jerusalem Post quoted the official as saying, “I don’t think polite deflection will cut it anymore. This is a high priority for the US.”

Reluctance of Israeli officials to speak about the issue reflects the tight spot Israel finds itself in. Over the past 20 years, Israel has worked hard to expand its trade relations with China, opening the Chinese market to Israeli products and attracting Chinese investments. Prime Minister Benjamin Netanyahu visited China in 2017, and the two countries agreed to elevate their relationship to an “innovative comprehensive partnership.”

A report on Israel's Army Radio said the United States recently rejected an Israeli demand for indemnity over reducing trade ties with China; the Jerusalem Post said US officials it spoke with denied knowledge of such a request.

It is clear that the United States is increasingly expressing its dissatisfaction over Israeli ties with China in areas related to academic research in the field of technology, Chinese involvement in Israeli infrastructure projects, Chinese investments in key Israeli companies and Israeli export of high-tech to China.

The United States is particularly concerned about Chinese investment in Israeli technologies in the domains of artificial intelligence, satellite communications and cybersecurity. The administration worries that these commercial technologies could be transformed for other uses. In that respect, the entry of the Chinese company Huawei into the Israeli market certainly caused discomfort in Washington. In 2019, then-national security adviser John Bolton encouraged Israel to take a tougher stance against the Chinese telecommunications equipment companies ZTE and Huawei. Chinese investment in the Haifa port and its involvement in the construction of the Ashdod port are also reasons for ongoing American concern.