The State Department’s top official overseeing US policy in the Middle East warned countries in the region against accepting Chinese investment, contracts and coronavirus aid during a virtual interview with the Middle East Institute today. 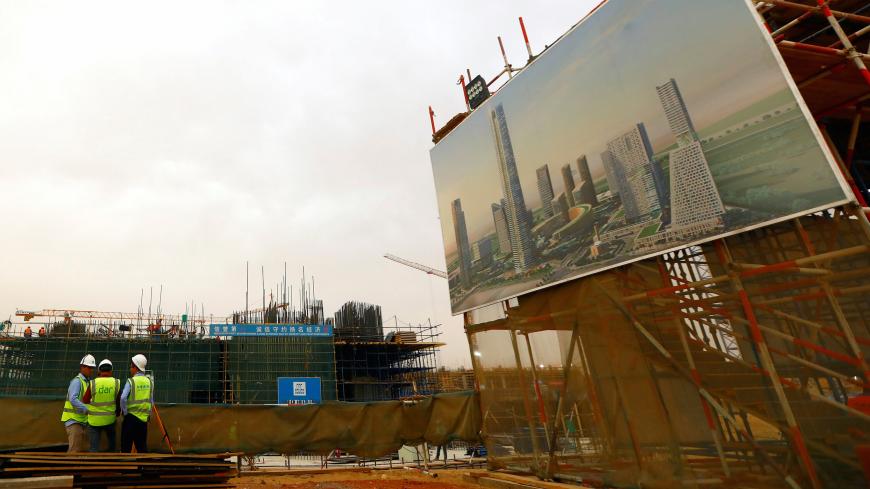 The State Department’s top official overseeing US policy in the Middle East warned countries in the region against accepting Chinese investment, contracts and coronavirus aid during a virtual interview with the Middle East Institute today.

Assistant Secretary of State for Near Eastern Affairs David Schenker said the United States has told its partners in the region to take “a careful look at investment, major contracts and infrastructure projects,” warning that they could “come at the expense of the region’s prosperity, stability, fiscal viability and longstanding relationship with the United States.”

“We’re not forcing countries to choose between the United States and the PRC,” said Schenker, referring to the People's Republic of China. “Countries can and should maintain healthy relationships with both, but we want to highlight the costs" that come with certain engagements with China.

Why it matters: American-Chinese relations have deteriorated considerably amid the coronavirus pandemic as both sides take swipes at each other over their COVID-19 response. Amid the escalating feud, the United States has become increasingly assertive in trying to push its Middle Eastern partners away from China’s orbit.

Israel awarded a $1.5 billion contract to construct a water desalination plant last month to an Israeli company rather than a Chinese one after US Secretary of State Mike Pompeo publicly pressured Israeli officials against the Chinese bid during a visit to Jerusalem. Washington also rejected an offer from the United Arab Emirates to provide COVID-19 test kits to the US Embassy because China was involved in manufacturing them. The UAE has significantly deepened its ties with China in recent years, including contracts with the Chinese telecommunications company Huawei.

China also has supplied the UAE with drones, which in turn have made their way to Libya to support Khalifa Hifter’s assault on the UN-backed government in Tripoli.

Schenker also noted that China “got free press” for shipping thermometers to a Lebanese airport, even though the airport had been closed for several months.

“China is engaging in this face mask diplomacy in an effort to repair its tarnished reputation that flowed from the lack of transparency, how they dealt with COVID. So, they delivered a face mask here, PPE there.” PPE stands for personal protective equipment.

What’s next: Middle Eastern oil exporters have increased their petroleum shipments to China in recent months as the country recovers from its initial COVID-19 wave while US and European markets remain stagnant amid the pandemic. The increase in Gulf oil output coupled with the decreased demand has hammered US shale oil markets, creating a source of friction between the United States and its close partner Saudi Arabia.

Know more: Rina Bassist has the details on how the United States may have thwarted China’s bid to construct the water desalination plant in Israel.

China in the Mideast
Coronavirus
Economy and trade